European Regiment
Overview so far : FFA (Free For All) program :

Older members might remember that a year ago, I did this little trick with an old style ODST grenade, converting the grenade into a hollow container to house a bottle of ... whatever you guys drink on a con. The way it worked and what was needed can be found in this thread : Repurpose grenades ... or how to beat the high price of Con Beverages . The grenade used there as starting point is the Reach Inspired M9 made by Peter Morales which he made available on Thingiverse back in 2015, a big thank you goes to him !

Back then I suggested I would alter the H4/H5 grenade too if I found a way around the technical limitations (mostly of my own knowledge at that point in time). Some time later, Erwin Glaser produced a beautiful H4/H5 style grenade which looks way better than everything I've seen since, including the gamerip itself, and he kindly made freely available on Myminifactory, and I used the basis of his brilliant work to create the same kind of trick using the more modern version of the grenade.

Yesterday, prior to putting this one up, I looked again at the old ODST grenade and thought it looked a bit sad these days in terms of quality. It would be a great time to give the old ball a serious upgrade in terms of looks and drop the 80's low poly look in the process, making a more smooth, real version of the prop possible. 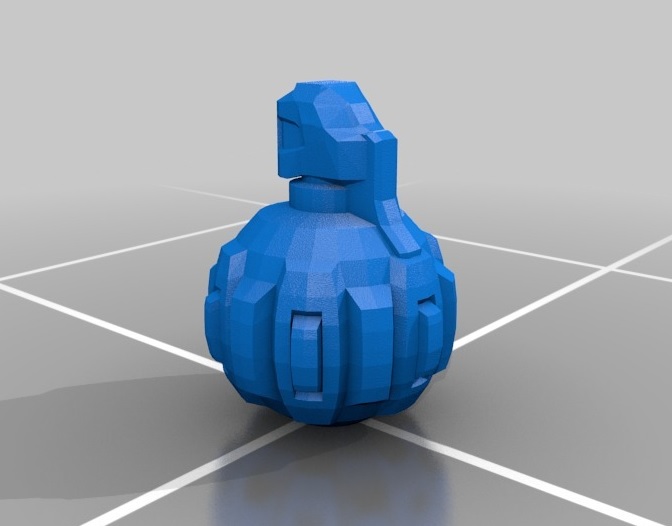 .... which many of you know and have printed, I KNOW this 'cause I've done so too .... and about everyone I know who's into Halo and has a 3D printer printed this one at some point in time.


The H5 and the original grenade have been precut, very much against my normal method of doing stuff, as the cuts themselves are connected to the purpose of these remixes, namely to work as the beverage-container you can transform them into.

To allow that, the "top part, cap, call it whatever you want" of the grenade had to be enlarged to allow the placement of the screwcap of the drinkbottle inside the grenade. While not everybody will like that, it was the easiest and most secure way to allow for a clean looking prop while maintaining the double functionality of it.

Hence, I've included both the enlarged grenade tops as well as the original sized ones, in case people would like to try a different solution or just want to use the grenades as props - and just that. 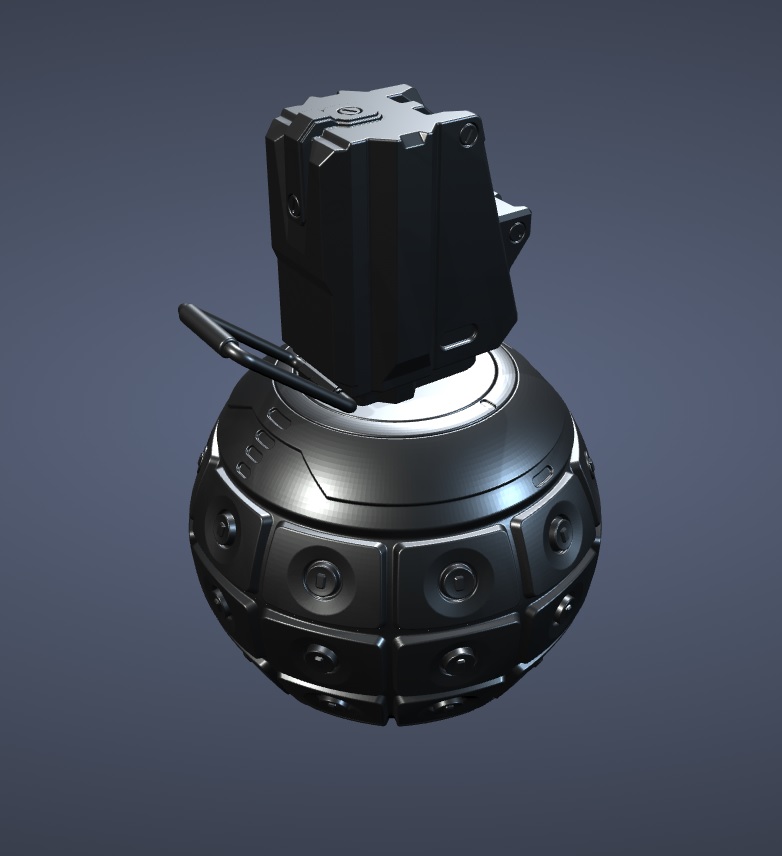 If you want to use it as a beverage container, I suggest replacing the printed splint with a metal replacement part and hook that up to your armour using a carbine hook or whatever. I've been using these thingies on all cons and I can say, this Spartan never goes thirsty on cons.

Files are available here, precut for once to allow you to start directly with the instructions I set out in the original "repurpose grenades" thread I mention earlier.

As always, use to your own liking, have fun with them and depending on what you'd put into the bottles themselves ?

The topic of weapon add-ons, what is canon or not?