With my previous models up and completed I figured I show you all about my big project. Meet spartan Zeta-909. Full name: Angella Seraph Graves aka "Artemis" A skilled Spartan III with 4 years of spartan combat under her belt. enlisted into the spartan III program at the age of 17 (Lied about her age to get in) she has a morbid curiosity with weapons of any type. from forerunner knight blades to the covenant glassing beam. although she started out her life hating firearms- even going so far as to lead a anti firearm protest in several major cities, she calls herself a "certified gun-nut." she was raised in central Missouri in a rich and wealthy household. but unlike her snotty parents who hoarded all the cash they could, Angella took their money and gave it out to the needy behind their backs. which earned her a title well before her initial protests for anti gun laws on earth at the time. but when the covenant attacked and she found her city defenseless due to her semi- successful protests, she saw death everywhere. had it not been for the Spartans that descended down upon the invaders, she would've died along with those little few who loved her. So in summary, she was a rich gal who ran for anti gun laws and ended up becoming a gun-nut herself.

the 3D models here are texture less but she has a white and red color scheme with a red-gold visor and the little cylinders on her left arm are supposed to be ammunition.
the jet pack there is also optional to her overall model. 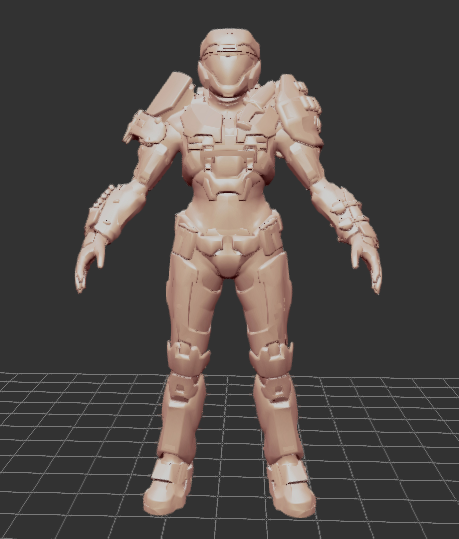 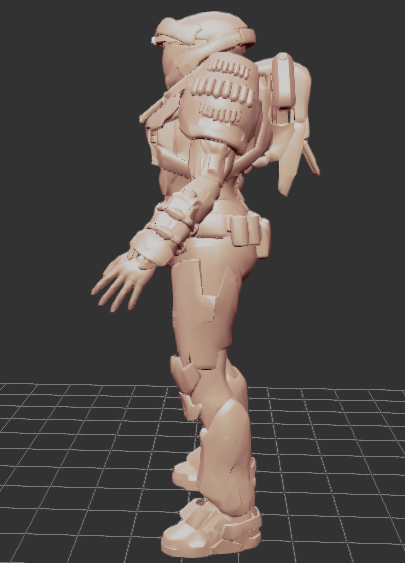 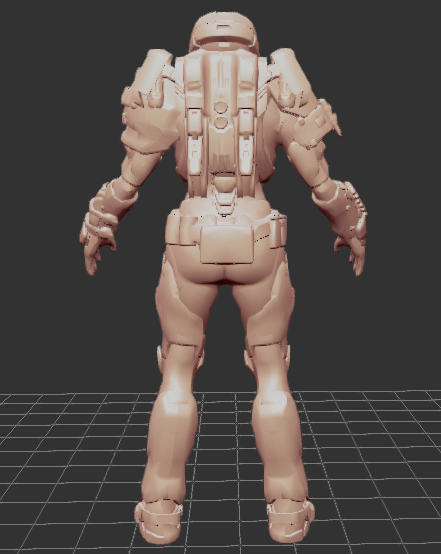 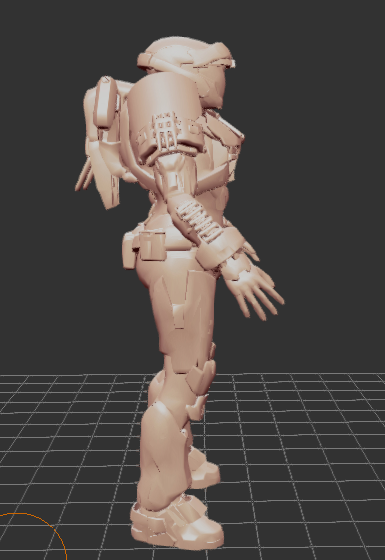 PS- if anyone can help me try and texture her, i'd be extremely grateful.
Thanks :>