The Pistol: Are you agree with dimensions?

Hello All!
I new here, and just starting my 3D experiments.
I've decided to start not from armor, for the beginning I choose something more simple.
Please see the drawing I made and tell me if you agreed or disagreed with dimensions.
All in mm, of course, I'm not from english-speaking country
Best regards. 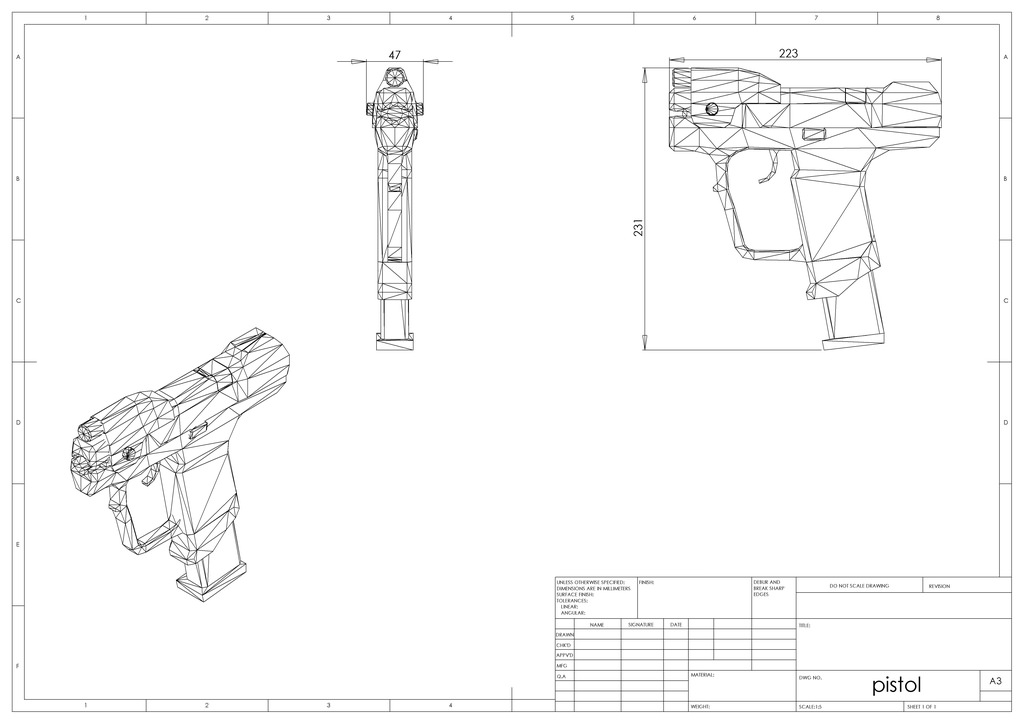 Some purists might point out that the pistols dimensions are 26.7cm in length and 27.4cm in height. But a lot of people scale these dimensions down so it docent look ridiculously big.

The Master Chief is 7 feet or 2.1336 meters tall so that large pistol looks just the right size in his hand, same for the AR. If you are going to make armor it might be a good idea to go with the dimensions you have now or a bit smaller depending on your physical size. Welcome to the site.
A

give me your email and ill send u the pistol pep file that i got from spase... i dun no what eth scale is like 24.something i think
I

Did you model those yourself?

Blue Vertex said:
Did you model those yourself?

You can say that SolidWorks and Inventor can open .dxf files directly.
You will be right, but for some unclear reasons they didn't!
They are not understanding .dxf from MeshLab, so my way was so long.
And what software other people using?

Wednesday at 8:09 AM
Hyperlethal N6

If you can't take the heat, get out of the kitchen. Embracing the meme.