Hope this is the right forum! Anyways, I've always wanted a good quality Cortana statue, unfortunately ever since the Sideshow one got cancelled there haven't been any. The WETA statue is very nice (and expensive) and has a good concept, but I don't like the figure, it's not detailed enough for me, the face, etc etc. Anyways, recently I got inspired to convert a statue and customize it into Cortana. After scouring the internet for a possible candidate I found one in a Captain Marvel statue that had the right look and pose for Cortana.

My first step was removing the sash she has around her waist which cut nicely, but she had a groove around her waste I would have to fill in later and sand down. Next I trimmed her hair down, as I will sculpt my own hair. Since Cap. Marvel had gloves with indentations and boots. I spent considerable time carving and sanding so it was flush but even then I would have to fill in the seams with putty. After sanding I had her primed, but I saw imperfections with the putty, so I will probably sand it more again and then prime the areas I sanded. Once the body is fully primed and perfected to my satisfaction, I will begin tackling the base color schemes + intricate patterns and eventually a better base. I've been working on this for months. Anyways, thanks for the read.

As a fan of the character, this is turning out beautifully! Continue sharing your progress
J

Thank you! I shall post more pictures when I can.

This is a very cool project, I also hope you continue to share your progress.
J

Thanks guys. Just minor update so far. Wasn't happy with some of the seamlines (mainly around the stomach and hip area), so went back, sanded more and reprimed those areas. Here it is with what is hopefully the last prime before I start the real base colors. 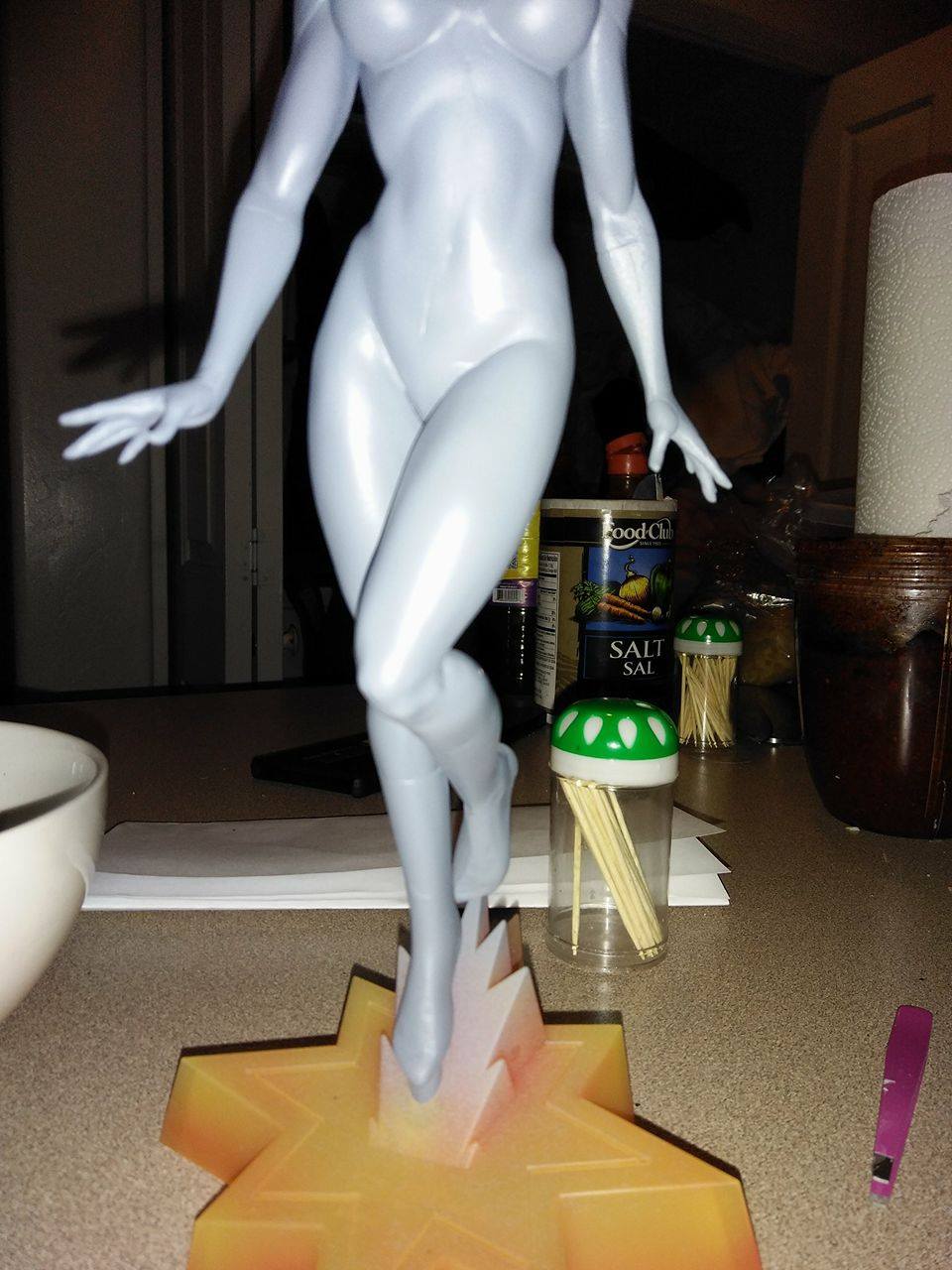 I'm still seeing imperfections, so I keep sanding away to get it smooth hence the more white spots on her body. Finally added rough sculpt of hair, I will sand it and add further strands of hair until it's too my liking, so right now it's very rough.

Canadian Regiment
This is a lovely customization. I have seen projects of this nature before. Taking a statue or figure and transforming them into something completely different.
Will you be altering the base to something closer to a Halo theme?
J

PaiganBoi said:
This is a lovely customization. I have seen projects of this nature before. Taking a statue or figure and transforming them into something completely different.
Will you be altering the base to something closer to a Halo theme?
Click to expand...

Thanks Paigan! Yes, I envision something very similar to the Weta statue. Basically, Master chief's hand holding Cortana's Data chip, with that figure on top.
J

Spent many hours sanding down previous hair layer and trying to refine lines on new hair sculpt, is definitely harder than I anticipated.
J

Got in some work in AI for the eventual decals. Using lots of reference, very rough still. Also plan another lighter layer of decals for more 'circuit board' imagery she has.

Finally have an update, got around to dusting off my Badger 150 airbush and trying some effects. Here's what I have so far 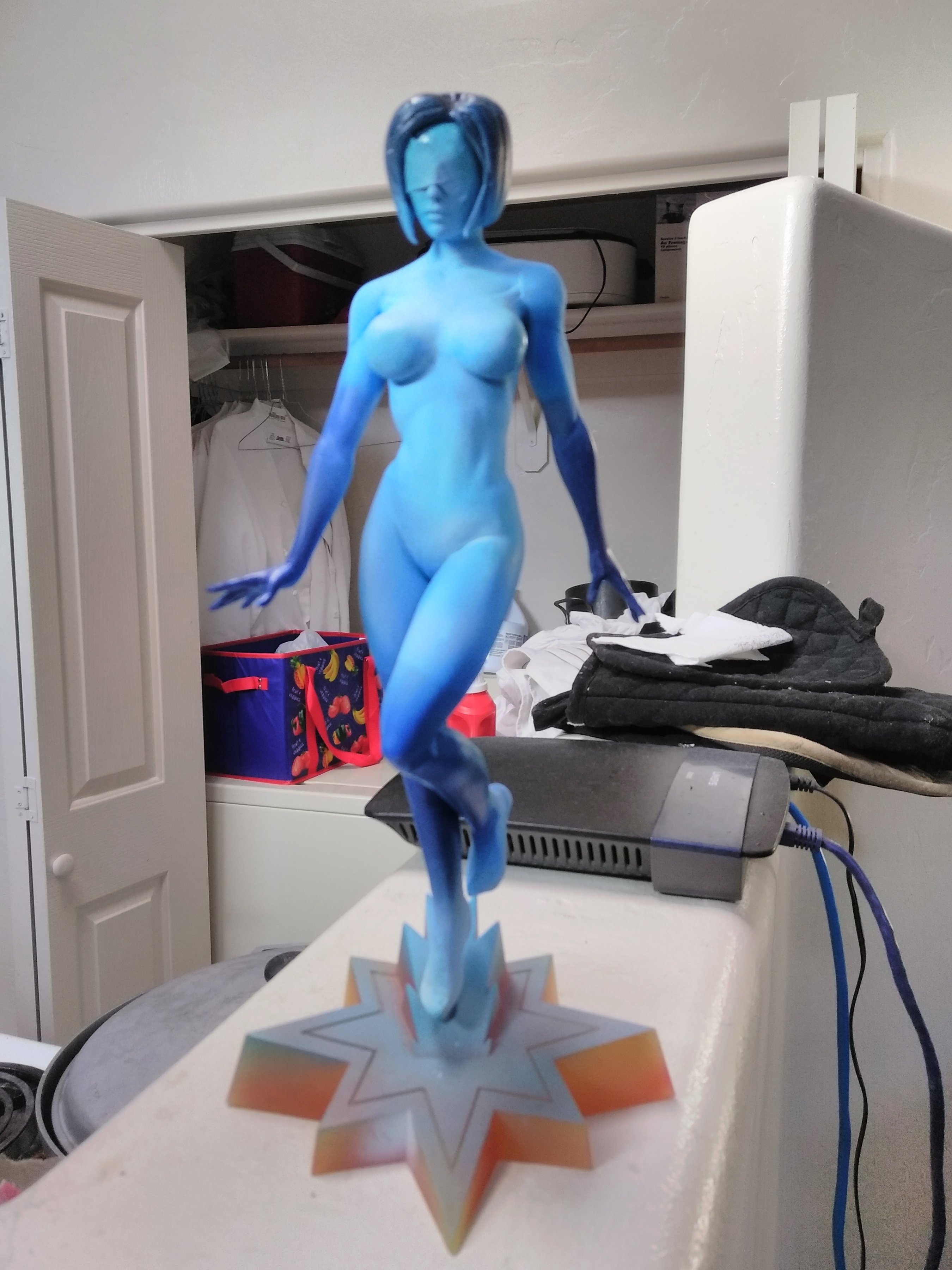 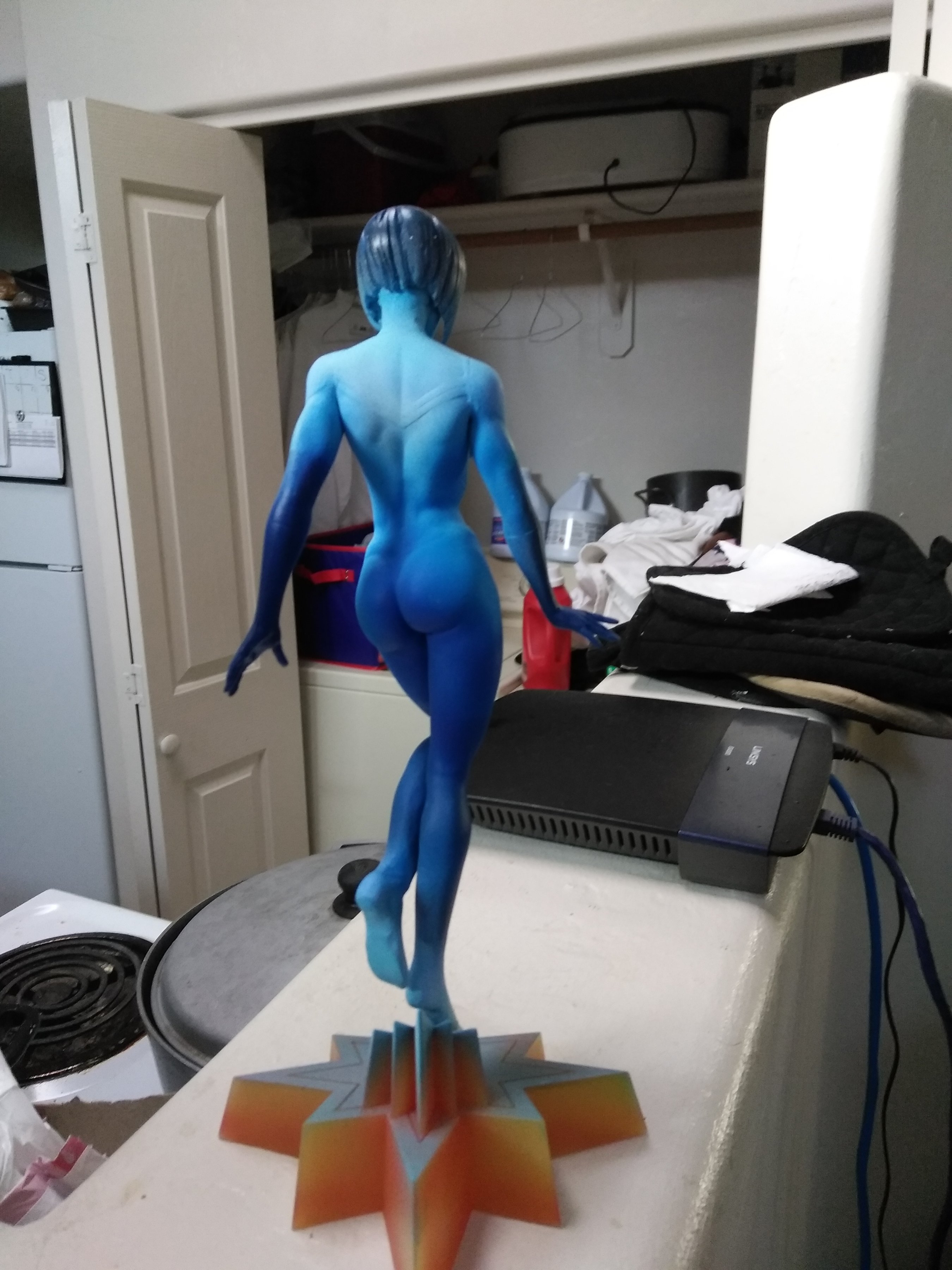 This looks great! I imagine you will also be changing out her base for the Chip or similar?
J

Asgardianhammer said:
This looks great! I imagine you will also be changing out her base for the Chip or similar?
Click to expand...

Thank you! and yes, exactly. I really like the Weta Cortana statue design of the chip and MC's gloved hand holding it, but I never liked her face/pose. So more than likely, once I'm done with my Cortana paint up, I'll create the chip/or buy one and use that as the base. If that looks good, I'll start planning the gloved hand holding that. 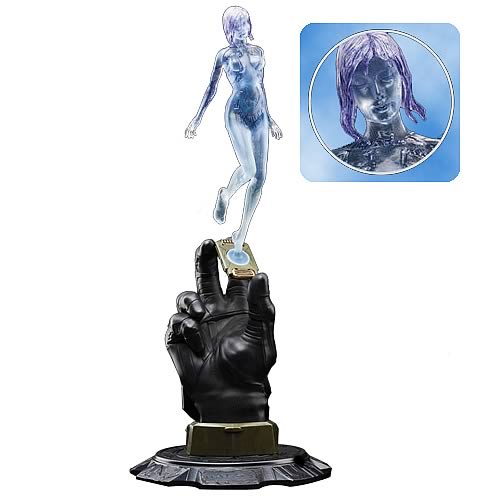 Some updates, finally applying decals to her. Still heavy WIP, still need to clean up decals I messed up on, and add more blue paints to make decals blend better.

Life's been busy, but here's a few more updates on Cortana. I'm pretty close to being done with her, my next step is to create the base which will be MC's hand. The plaque was created by an awesome guy on Facebook named Prop Plaques who worked with me on my specific requests and created it out of brushed aluminum..

Great work in progress.! We're all waiting to see your final Cortana come to life. Well done so far - keep it up.

Custom armor in the UNSC and it's Allie's.

Custom armor in the UNSC and it's Allie's.