BTW, congrats on getting your 'Fist of the Chief' on the Legendary essentials disk!
Makes me very proud to own one myself!
E

Thanks sean i wish i had had pictures of my pillar of autumn on hbo earlier, they contacted me about the fist, but it was to late to add in the POA.

You should make the first Halo 3 ODST helmet from Mjolnir.

it is a possibility but i would like to focus on finnishing up the rest of the armor fist, and getting started filming some stuff for this mini series.
Last edited by a moderator: Feb 25, 2017
S

i wish i could make something that good
E

Alright today i had a good chunk of time to work on things, so worked on the cryo tube, did some weathering on my helmet and started the construction of the body armor, I am going to change the armor design a little so that it will be easier to wear and lighter, but i will still attempt to give it that semi bulky look. i wiil post some pics soon but i have an essay due on tuesday on wether or not i think we need a military draft, and why so i don't think i will get to work much on the props, wich is a bummer cause i have the day off work.
M

You said you wanted comments on if anything needed work. It seemed in one of the pics the back vents were a little crooked. Still the most frickin unbelievable Marine helmet ive ever seen though. Rock on!
E

Master Chef said:
You said you wanted comments on if anything needed work. It seemed in one of the pics the back vents were a little crooked. Still the most frickin unbelievable Marine helmet ive ever seen though. Rock on!
Click to expand...

Ya i see what you mean they didn't look that crooked when i was building but some how things must have warped during the build, but unfortunately it is not something i can go back and fix easily. so i will live with it, since it will mostly be used in my film and you are not gonna get a good long detailed look at the back any way.
Last edited by a moderator: Feb 25, 2017
S

this is without a doubt the best marine bucket ive ever seen...and its scratch built man...well done....keep up the good work
E

So i know i haven't posted in a while, but things have gotten chaotic around here, i just lost my job, so im out looking for a new one, my truck just decided to start falling apart, sucking away what money i had, and I have pretty much just been a wreck, because loosing my job was such an enourmous shock, it realy did come out of no where.

The good news is that since i already have most of my materials and i get all my card board for free i can continue working, but it's not my first proirity right now.

To keep you up on the armor build i have finnished the helmet, with weathering, and i am almost finnished with the chest and back armor's Cardboard skeleton, onto which i will put a very thin layer of bondo glass and bondo.

as for my mini series...

I have also been working on and completed the space ship model that i will use in my film ( still not telling what ship it is, it would give too much away).

I have made larg amounts of progress on the cryo tube, that i have been constructing.

I have found my actors for the first episode, and am just waiting on some stuff to come in the mail before i start filming.
S

BTW, congrats on getting your 'Fist of the Chief' on the Legendary essentials disk!
Makes me very proud to own one myself!
Click to expand...

In the Cortana chronicles, they featured this guy and his dad who makes Halo armor. Is he from this forums? I wonder why they didn't feature Adam..
Last edited by a moderator: Feb 25, 2017

I noticed that too... he didn't even have complete armor. *shrugs*
E

Here are some update pics, because i also feel very strongly that verbal descriptions stink and this thread would be worthless without pics. 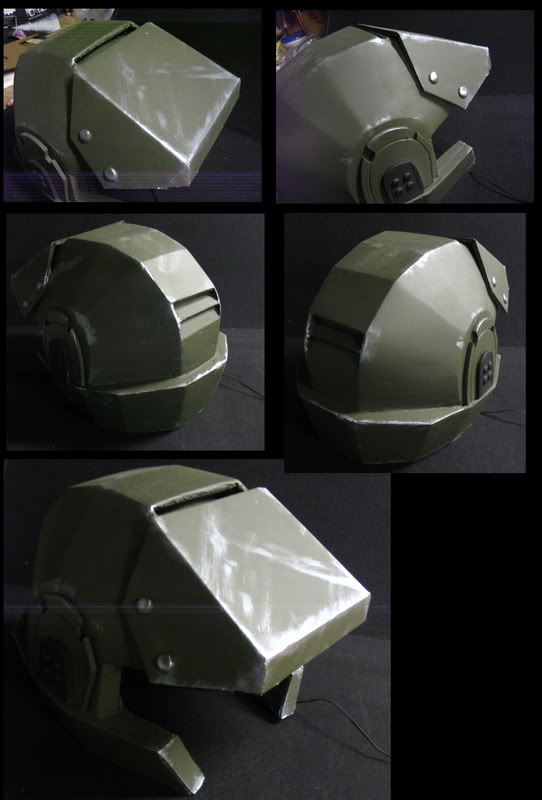 The Chest and Back Armor Cardboard Skeleton

And a couple pics of the progress of my original design cryo pod. 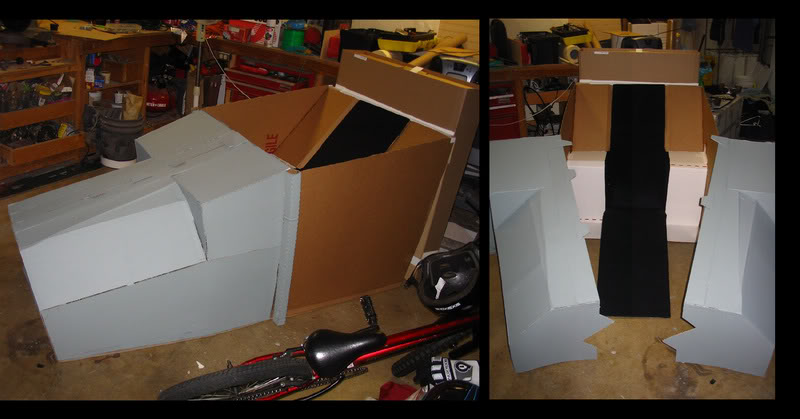 wowe dude that is REALLY nice....loving the idea of a stasis pod....great work man!
P

Are you gonna put glass on the front of the pod?

And come on, can't you reveal any details about the mini series?
R

What camera are you planning on using to film with?

Oh, and could we have a hint? Like is the ship Covenant or UNSC? Haha

Yes, There will be a plexiglass door on that top section in the pictures i just haven't built it yet. it is a work in progress, and it will be complete with fog and lights.

ok so the ship is UNSC.

you know i am using a cryo pod and some time there will be marines.

I am glad that there is some excitement about this. I got the rest of my supplies in the mail today, so i hope to film a teaser some time within the week. After the teaser you might be able to guess, because the teaser will have some hints, and the title of the series will be a huge hint.

As for what camera i will be using, i will probably be using our cannon ZR40, its not the best camera, but it is good, and it's what i have, but i might get luck and get to use my dad's works little HD canon, it is like the same thing but shoots in HD.

J
How do I make a visor that has the right detailing, color, is mirrored, and see through?

J
How do I make a visor that has the right detailing, color, is mirrored, and see through?