RandomRanger said:
Rust is so outdated. I coat all of my armor in this nifty white powder, makes it very appealing.
Click to expand...

....Hmmmmmm.... I feel like I remember mentioning something about that to you, yeah?

Midwest Regiment
Southern Regiment
I'm thinking about getting something to fill in the gaps where I wasn't able to bevel the armor to make it fit nicely. What would work for that? I know it'd have to be flexible, and it'd have to cure/dry without heat. Calk maybe?

Also I'm thinking about painting the lines that I fill black, since it'd be a bit difficult to match the paint job of green exactly like the foam around it. Would that look weird at all?

Mountain Regiment
405th Regiment Officer
I don't understand what you mean. That bevels that you weren't able to get?

Sean Anwalt said:
I don't understand what you mean. That bevels that you weren't able to get?
Click to expand...

Yeah, he's talking about the gaps between the pieces in his armor (just take a close look at his torso piece). Since he's worried about matching the paint color exactly on whatever material her fills in the gaps with he's considering doing black and weather-blending it into the armour.

Making foam armour with nothing but a pocket knife is bound to produce some inaccuracies.

In my opinion, I would advise against painting it black. What that should do is cause it to look like your pieces have a border around them, and I don't know that you'd be happy with the result.

What I would do (it's your suit, do what you want) is fill where I wanted to, then try to match the paint color and since that may prove difficult, add weathering and black wash to help blend it.

Does that make sense?

Sean Anwalt said:
What I would do (it's your suit, do what you want) is fill where I wanted to, then try to match the paint color and since that may prove difficult, add weathering and black wash to help blend it.

My weathering was done with a sort of "A.O.E." effect by a classic black wash of slapping on watered down paint and sort of "smearing"/dabbing the watered paint, leaving most of it on. Trying to do it to localized around just the gaps that I filled be prove difficult to get it to work properly. What might happen is that there could be a black wash both on and around the lines that I filled, which might look inconsistent with the rest of the armor.

The only reason I don't want to match the paint and weathering of the filled the gaps with the rest of the armor, is that I'm worried about messing it up and having to repaint the whole thing over again.

Now, I would have beveled the lines properly from the start, but was (and still am) a broke as crap college student. I was only able to buy a proper knife to replace the pocket knife I had only afterI won a campus hosted costume contest. However, at that point the armor was already built.

What I might end up doing, is fill the gaps, sealing it, and try painting it black. If the black looks wrong, I'll re-seal it again and try painting properly (the way I did the rest of the armor).

Either way, I'll fix the issue and try my darndest to not make it look like a goth clown . . . Nobody likes a goth clown

I have begun my filling of the gaps in the armor. So far, I'm heavily pleased with how it's turning out. Just one of the thrusters on the back of the chest took about an hour and a half because I'm trying to get it to look perfect. It's a paper-like clay so it should flex a bit since it's not ceramic and it air drys. Here's the comparison pictures:

I'll wait for this to dry and see how it looks until I start the rest of it. Also, after doing this . . . I think I will try to match the paint with the clay because otherwise it'd look real awkward.

Let me know what you guys think so far!

Mountain Regiment
405th Regiment Officer
I think it's looking good. The paint will help blend everything together.

Looking forward to seeing how this turns out!

Midwest Regiment
Southern Regiment
It's been a busy week, and I haven't had much time to make progress, but here's what I got!

It definitely looks better. I'm planning on doing this for the rest of the thrusters, the chest, as well as any other parts that require filling

Midwest Regiment
Southern Regiment
Sorry for the gap in post updates. I fractured my patella pretty badly about a week ago, and nearly broke it clean in half. I've just gotten out of crutches today, but I'm still recovering. I'm expecting to start up work on my build within a week or so when I've fully recovered, so smile would ya? While we still got something to smile about.

Division Staff
Colonial Regiment
Community Staff
Oh man.....Sucksville........Population: You. Feel better, but this gives you no excuse to get some building done. You can do this sitting down. Did you at least get the better pain meds? 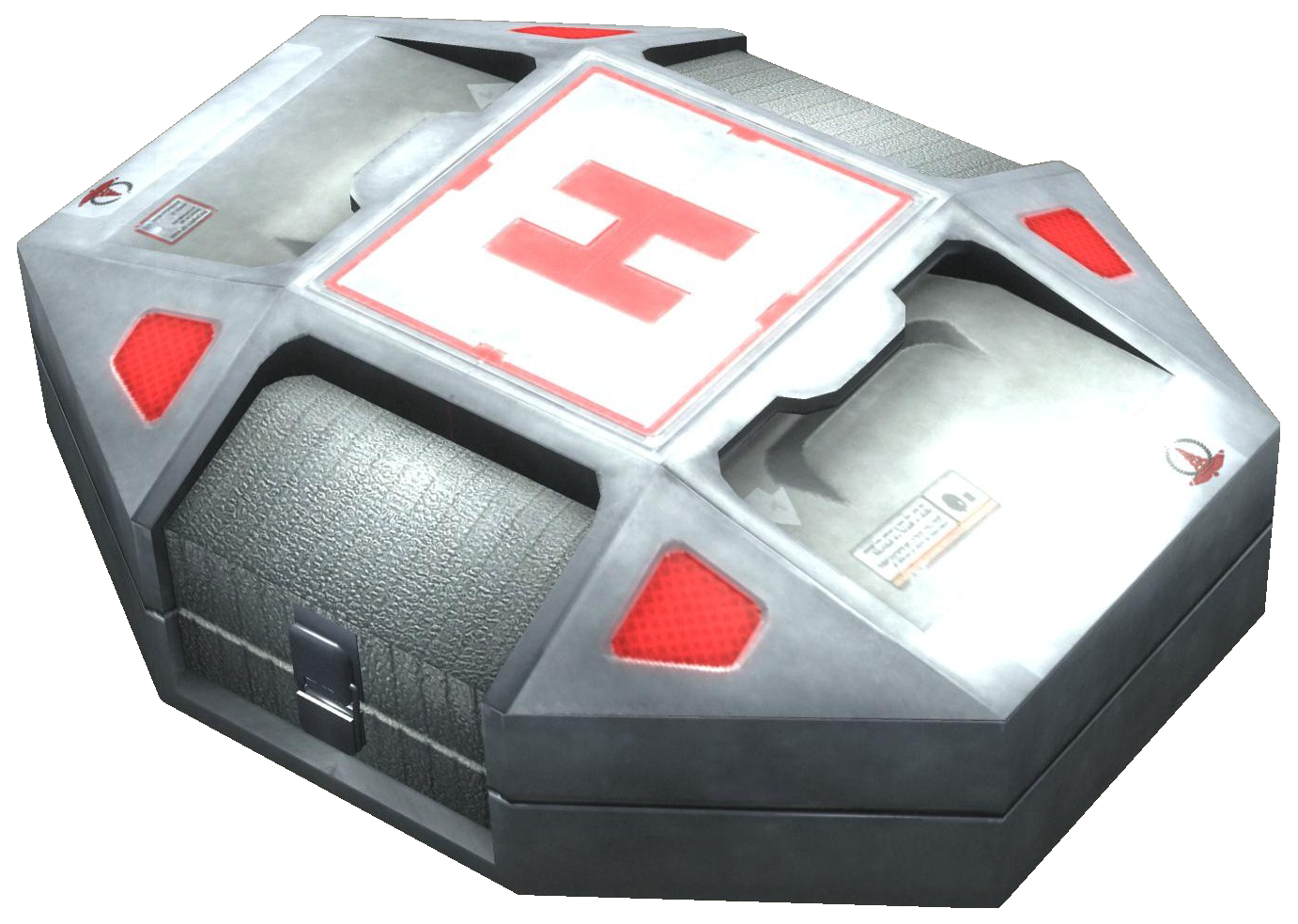 Dirtdives said:
Did you at least get the better pain meds?
Click to expand...

Nah, I usually try to go without them. Otherwise, how well do I know how I'm actually doing/feeling and how far I can push myself?

Division Staff
Colonial Regiment
Community Staff
Dude....if it just happened, don't push yet. Give it some time to heal first, and then push.....

Colonial Regiment
Yeah give it some time, I messed mine up a few years ago and pushed way to hard to get back playing soccer and still have some pain from time to time.

Midwest Regiment
Community Staff
Don't make a forum a promise, if you know you can't keep it.

RandomRanger said:
Don't make a forum a promise, if you know you can't keep it.
Click to expand...

*nervously looks at own threads*

Mountain Regiment
405th Regiment Officer
Molle fell apart sitting on the couch and still gives me pain. Shouldn't have pushed myself to stand up... WAAAY to much effort...

But seriously though, injuries treated poorly result in "has-been-itus", or the lack of getting back to what you love because you were impatient. Give it time, and don't skimp the physical therapy wh the time comes.

Midwest Regiment
Southern Regiment
Hey! Sorry for the semi-long hiatus... I have just about full rang of motion in my knee again, and you know what that means! Back to cosplaying

Next part is to do the front part of the chest! (This one I really don't want to screw up)

But yeah, I'm back and disfunctionally kicking! I'm glad to be here once again my little titanium armored dudes of death

Midwest Regiment
Southern Regiment
I've decided I'd redo the other side of the back part of the chest and I'm so glad I did. Much better! (with the first matching job having too much black, I had to work with what I had. I still feel like it turned out alright. Plus, it gives it that bit of asymmetrical look to it as well!) 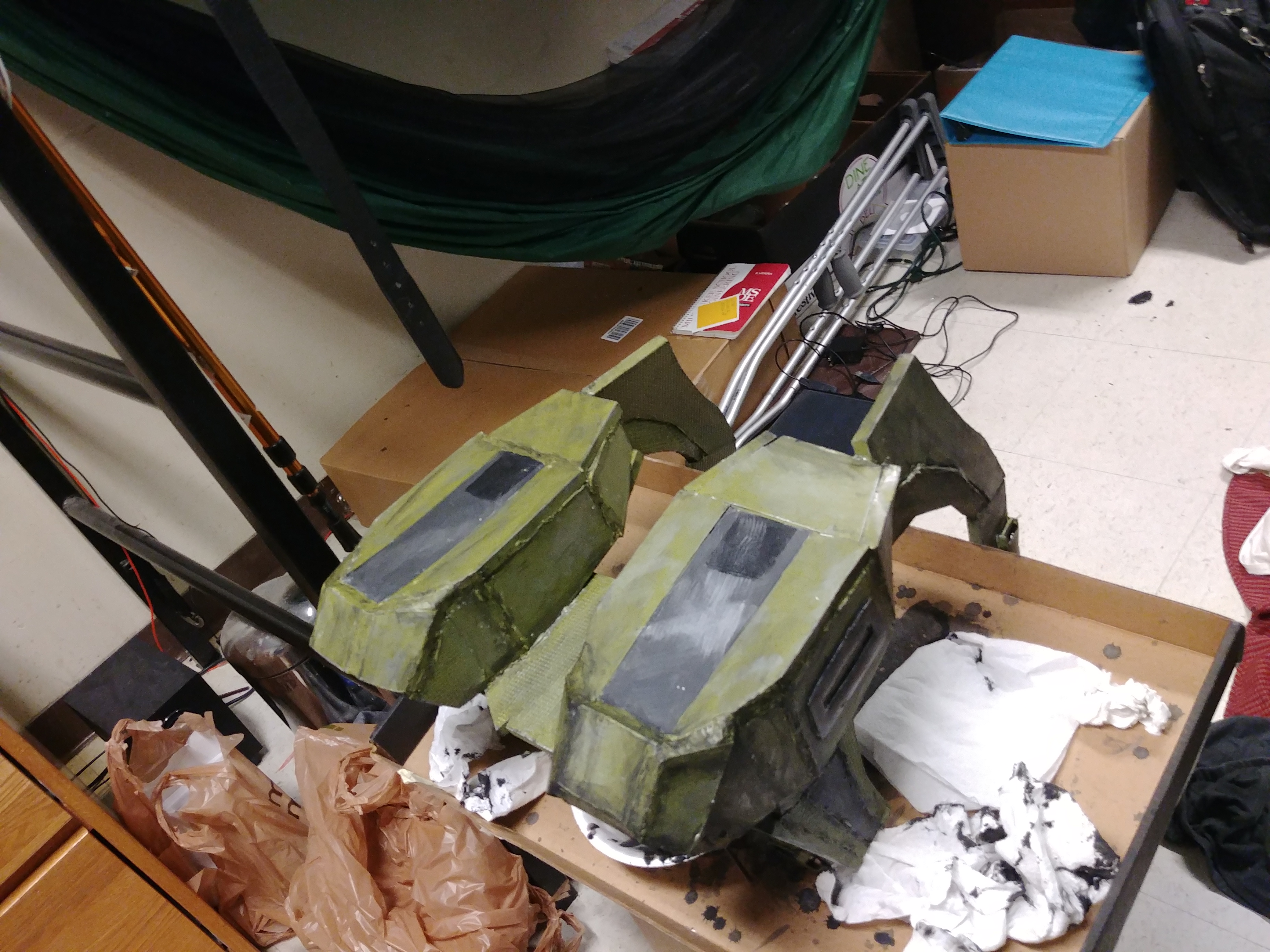 Edit: I thought I might as well add a couple of before pictures too