What Did Santa Bring You?

I get the rest on friday when I go see the other half of the family.
R

I get the rest on friday when I go see the other half of the family.
Click to expand...

Dude, hot shots movies are freaking hilarious, watch them at least once, they are worth keeping.
I'd be happy to get those movies.
Last edited by a moderator: Feb 25, 2017
R

I got a little over $200, some parts for my car, some cat toys (my cats love them lol), and my dad reimbursed me for a Blackberry I bought on eBay... should get it in a week or two.

I also told my parents I wanted a motorcycle for Christmas as a joke... almost got one but my dad had bad timing and the guy sold it before he got back to him

I'm not usually one for holidays but this Christmas has turned out to be rather entertaining.
O

mp5 player! not the gun! its from china i guess since my dad went there for a business trip!
and a new shotgun so no more crooks stealing things no more! lol
S

I got some shirts, a coat, boxers......clothes.......but hey, good health and a funny family arguement over why my sister was stuffin her gullet full of potatoes lol.

Plus I got this book, Predator- Forever midnight. First 3 pages a chick gets stuck with a "metal disc" (aka Smart disk) in the face lol. Iam hopin to get some more predator books soon. 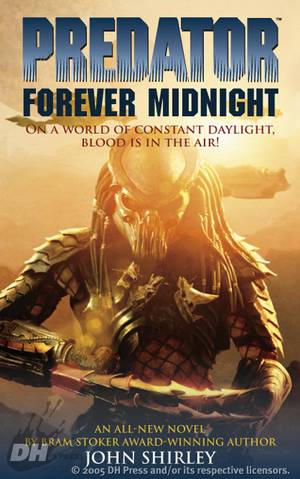 Though my birthday is on Nov. 23 so my parents usually just skip my B-Day and give me all my stuff on Christmas as big gifts, or vise versa.

Also, a student copy of maya, mudbox, motionbuilder, and toxic....

wait those are pics of two different model DW pedals....

which did you get?
M

mc hammer time said:
I got a new bass and an amp to go with it!!
Click to expand...

i got
25 lbs of clay
packing tape
a new hot glue gun
parts for adding fans and LEDs to my helmet
a new mp3 player (fuze)
and a watch that has a 2 gig flash drive built in...its super james bond like
S

for christmas i got wirless adapter
gift card to H&M
gift card to west forty nine
kung fu panda bonus pack movie set
too shirts
and roomteck beingz there sick they tlakto eachother? and the lamp lights up by touch and follows your finger.
and amp for new guitar
candy
soap
$130 wich go tme my xbox. parents payed the rest.
K

wow i feel spoiled being an only child and all

and a sh$% load of clothes
N

yeah my family mind you all, my family i live with doesn't go hog wild on the gifts, but others do sort of i got 45 dollars because they felt bad because i geuss they ignore me (i thought i was doing a realy good job avoiding them.) but i got BAND of BROTHERS COC WaW and some movies,
R

I was surprised at the amount of stuff I got this year. I was only thinking I was getting the paint and maybe the tank and the shirts, but I guess my dear mother remembered that I had requested all of the other goodies throughout the year.
U

In order of opening (No, I didn't document it, just have good memory )

T-shirt, Bald Eagle clutching a pitch fork and torch, sorta looks like the Presidential Seal. The wording under says, "Torches and Pitch forks, saving Americans from politicians since 1791"

US Tour of freedom shirt, sorta hard to explain but it is nice

Glenn Beck t-shirt. It has his logo with the words, "We're all going to die!" under it. Glenn Beck is my hero.

Some nice silk and wool socks

A small Lego set as a joke

Some Cologne, because somebody as shmexy as my has to smell good as well

A bit of candy

And something I was NOT expecting at all, new saddle bags for my Harley!

A good chunk of change as well. It twas a good Christmas. Best part was hanging with my Family.
D

xXBattle RifleXx said:
wow i feel spoiled being an only child and all

How far have you guys travelled ?
2