Midwest Regiment
The idea was born January of 2021. I don't remember when I got the idea, but a few weeks into the new year I purchased a Ride On Jeep Gladiator on clearance. I was lucky to have gotten it at half price and even luckier that it fit in the back of my jeep.

The first thing I did was insert the back-bar and unscrew the seats. It came with a lot of extra parts that I didn't need and even more would come off as the project progressed.

I added a thin wooden board to the seating area, but after that nothing happened. I got busy with work, moved back home, and the jeep got put into storage for over a year.

JUNE 2022. I Signed up to be in my hometown's 4th of July Parade. I knew it was the push I needed to take the next step and actually 'finish' the Mini-Hog. Getting her out of storage I braced myself for the scariest part of the project- Electronics

I don't have any photos of this process, but it's pretty straight forward. The Jeep Gladiator is unique as it's brain is exposed unlike other 'ride on' toys. That made rewiring it fairly simple. After realizing this I was able to follow the tutorial I had found. The Tutorial in question 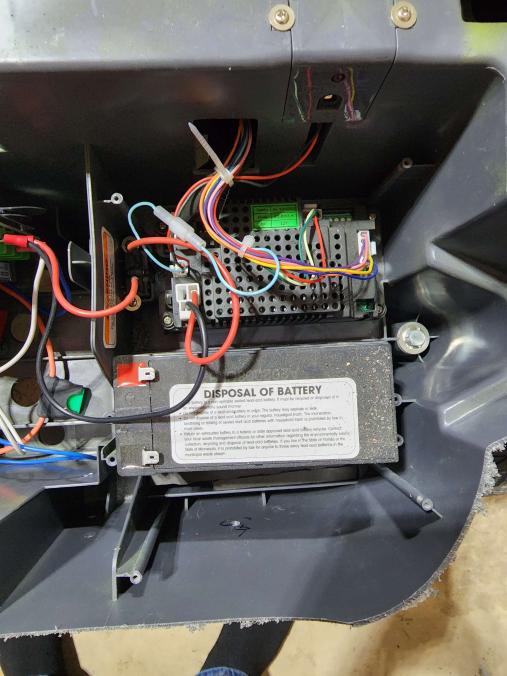 The wires were easy to wiggle off the battery (I still have it laying around for reasons). I added forks to the end and plugged them into the motor control which was also very easy to hook up. 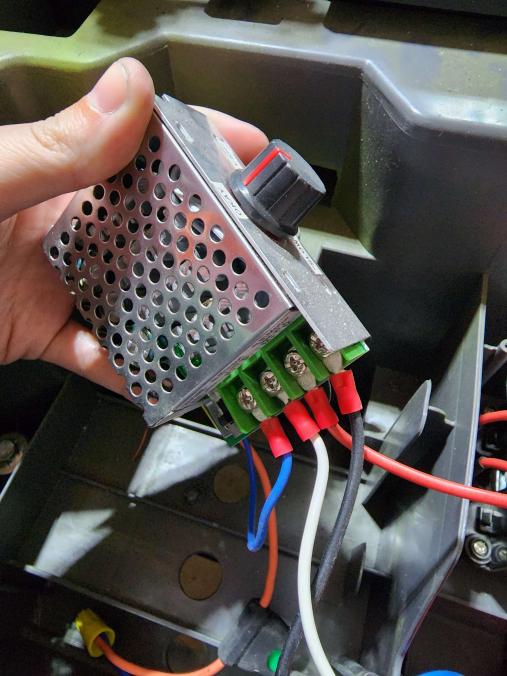 You're probably wondering what's powering this thing. That would be a 18w Milwaukee drill battery. This was the scary part as I had to take this adapter apart and solder for the first time. After several attempts I got the wires connected correctly and put the thing back together. (I will literally cry if I have to resolder this a fourth time) 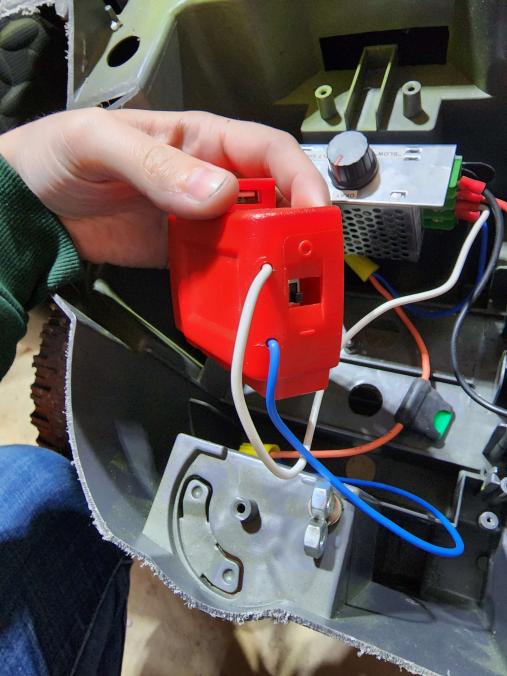 Now... I'm TERRIBLE at remembering to take "in progress" photos so I'll do my best to explain what I did. 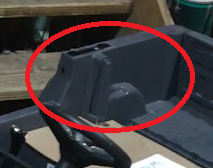 Used the Sawzall to take off the backbar and cut out the inner wheel well and the area the seats were screwed into to make more space for me to sit. This actually helps a LOT and added 5 inches (One soda can) of leg room! After that I started on the front. Everything is screwed on so I just went to town. I actually repurposed most of the screws I salvaged from taking off the front plate, the bumper, and the doors. Then I started shaping the front by taking off the front wheel well and other things with my favorite tool... the sawzall

Next I had to do was add seating. I purchased a folding style and used (you guessed it) Sawzall-chan to take its legs off. I later spray painted it black... that was a stupid idea, but it's whatever at this point. To stop the chair from flopping all the way back I added a new back-bar out of PVC pipe and used the leftover bit to make a flag holder in the back. I just screwed them into the sides of the jeep

I took more off the front.

Again- bad at taking progress photos, but this is where I start foam smiting. I'm still learning... honestly I could have done better, but at this point it's the end of June, a week until the parade. If anything I'll probably 3D print it. The front end was the only place that really needed reshaping.

So the tow cable- At first I glued it to the front, but after transporting it ONCE I realized it would be easier if it was removable so I wouldn't have to worry about it getting crushed 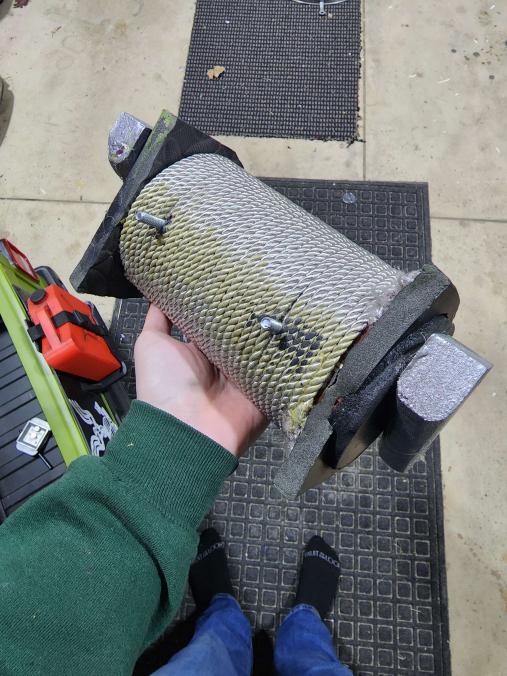 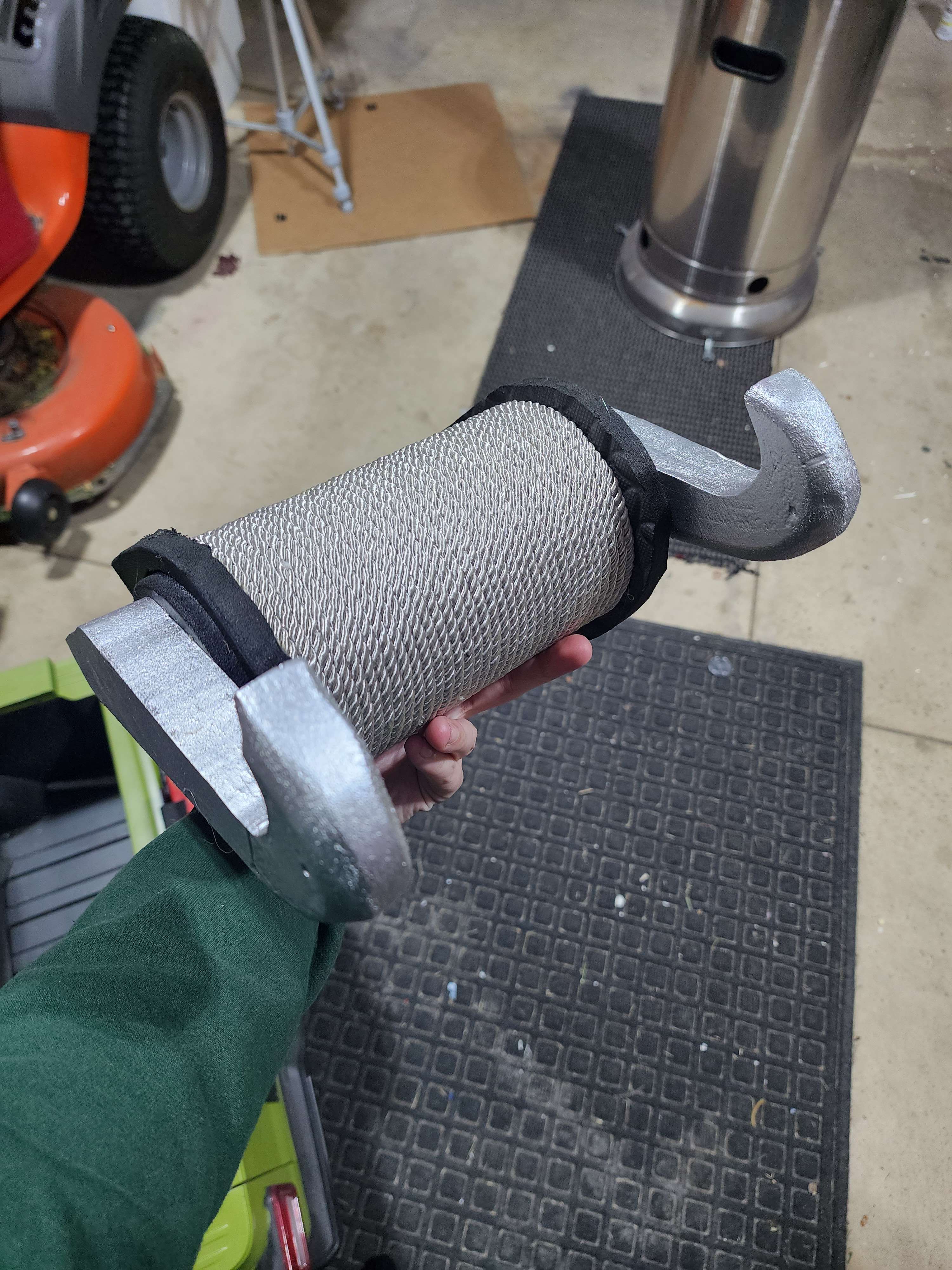 At this point it was "finished" Since I had added the pain in the aft that was the winshield (we dont talk about it. I'm looking into replacing it) and painted this thing green, BUT I wanted to add more. Warthogs have gas cans on the back. I want mine to have them too! I headed to Thingiverse to see if anyone had made any attchments for Power-Wheels or other Ride On toys. I couldnt find any, but I did find some made for RC Cars. All I had to do was scale the Jerrycan and the mount to the correct size. I attached it with more of the screws I had salvaged from the parts I took off. 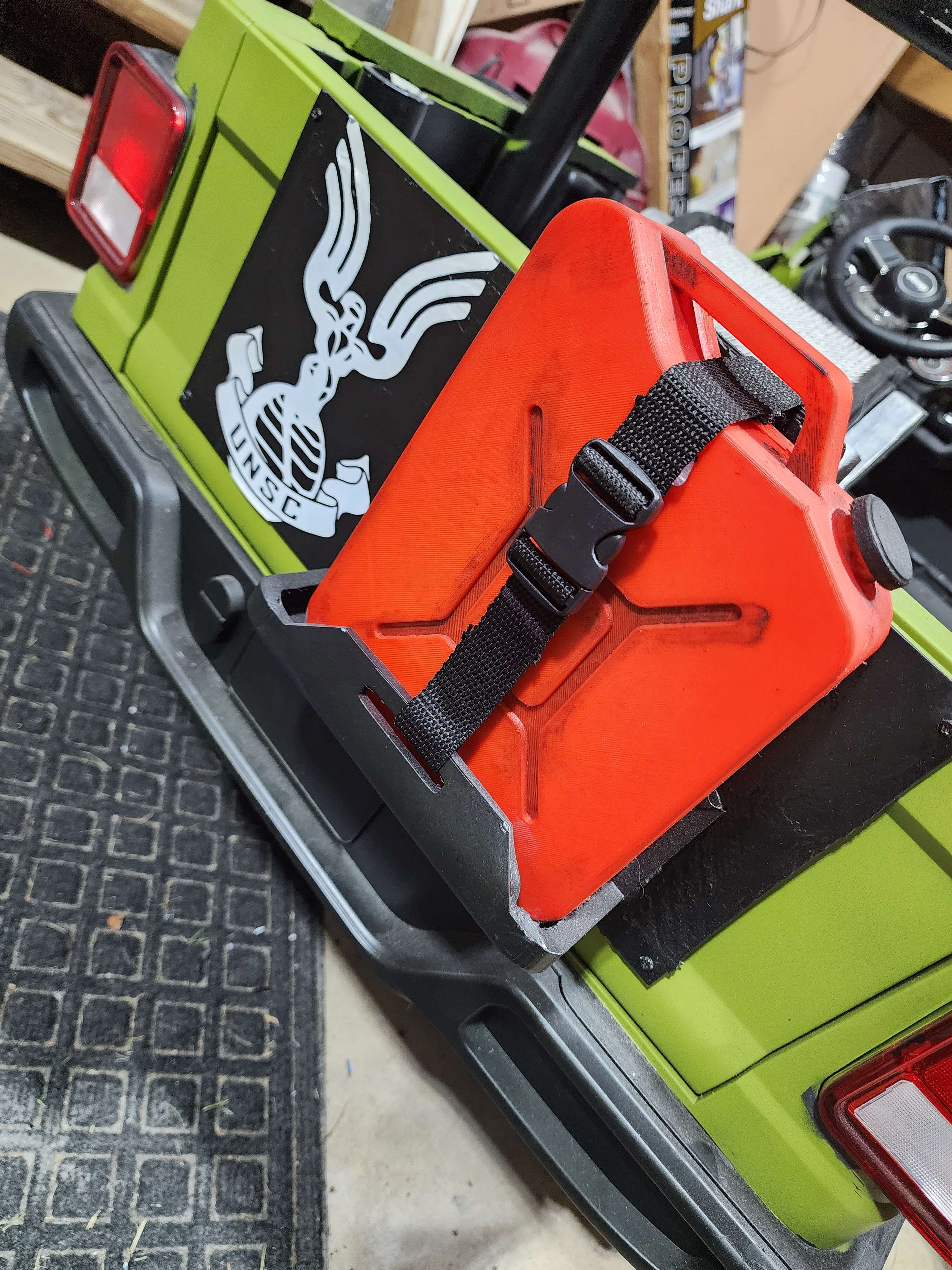 After that I added buckles and added my UNSC logos, but as you can see the one for the back was a tad bit too large. 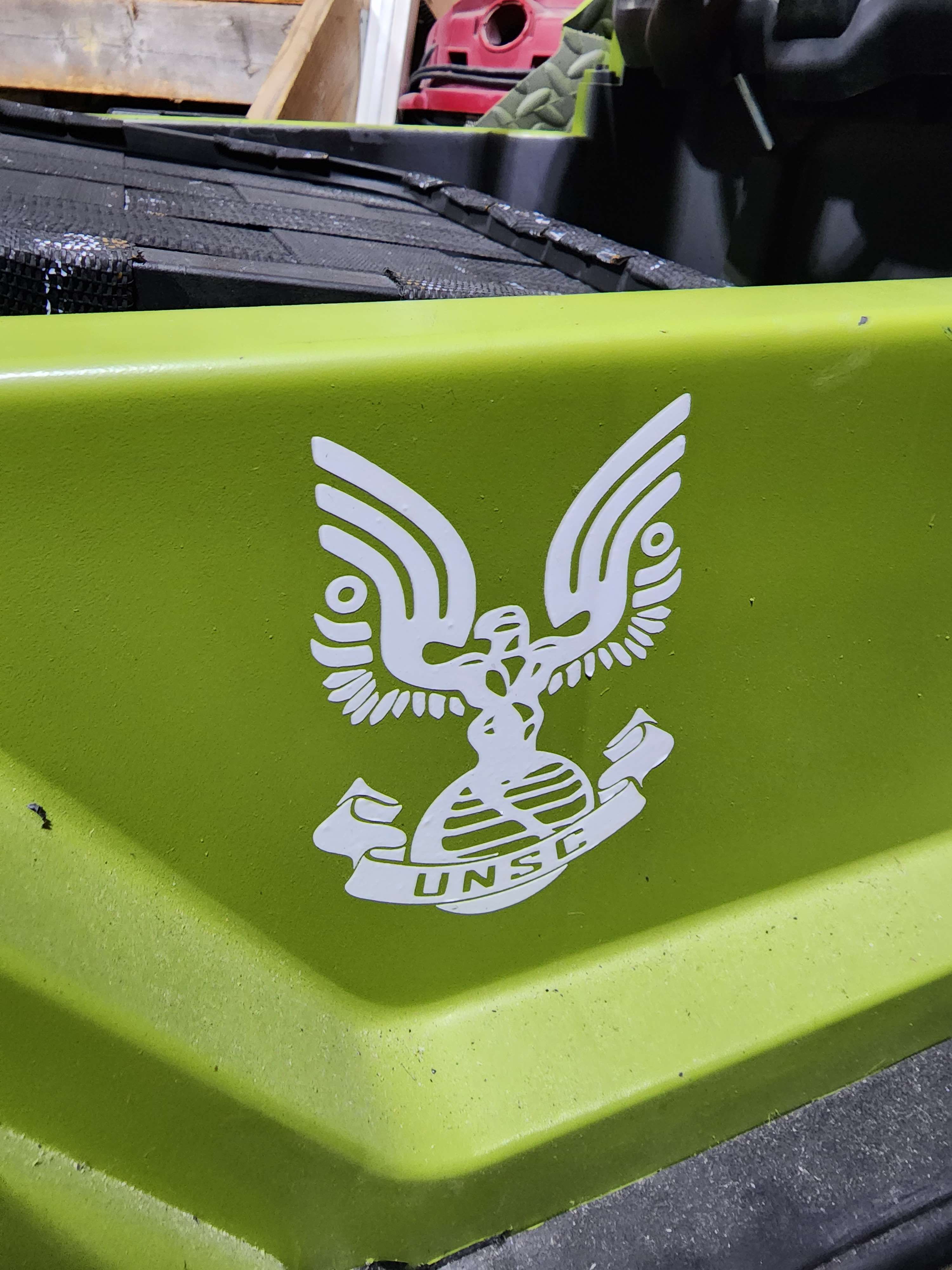 The last thing I added was a cup holder. It's very nice and even at full speed the drinks dont jump out 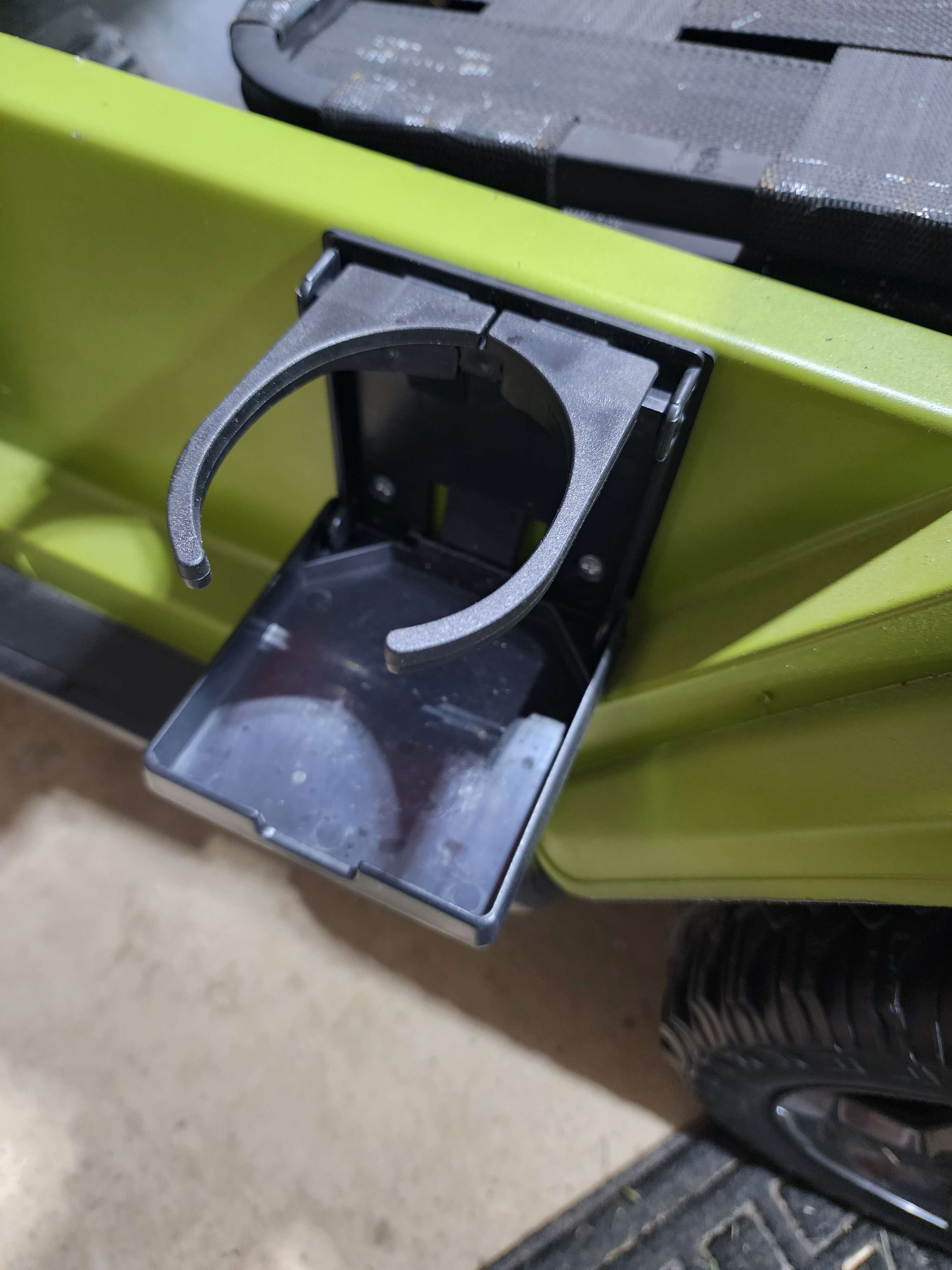 And that's where I left off. I'm currently looking into adding the headlights, but other than that- in my eyes- she's 'done'

Midwest Regiment
Here's the mini-hog in her final form. She was finished in time for the 4th of July parade 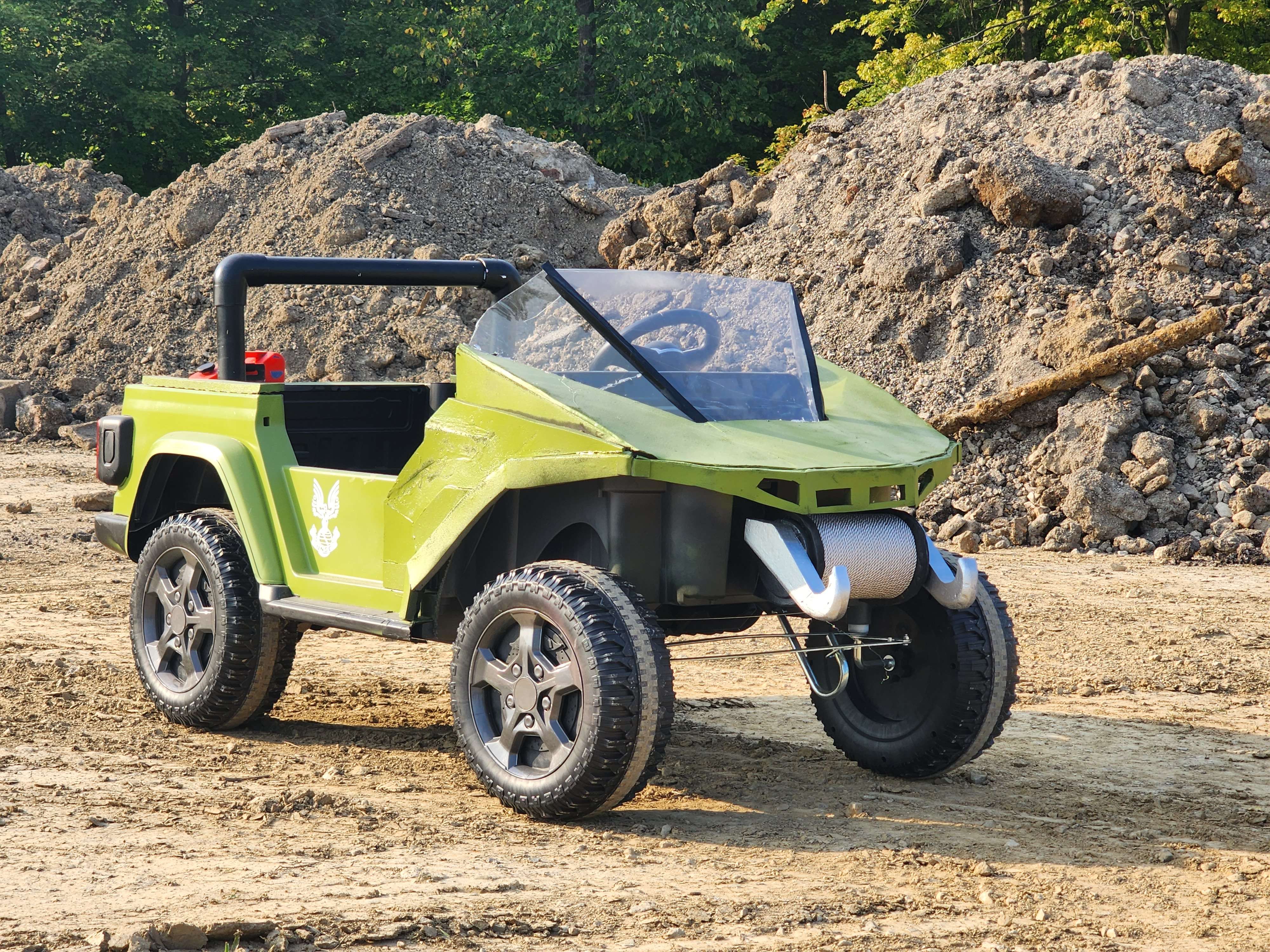 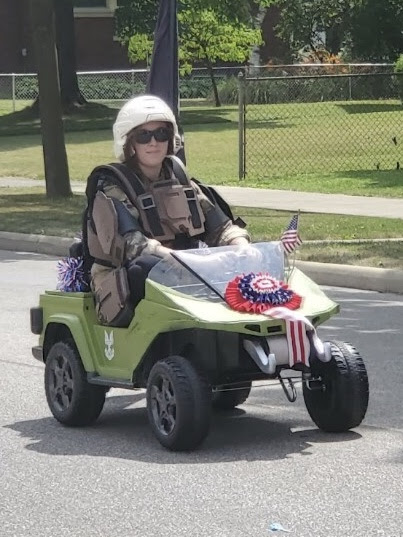