Fitting for a first foray into this community eh?

I find myself here because I always wanted to have a halo armor and idealized the 405th and other cosplayers for a very long time. But I never had the confidence to try it.

I plan on trying to build a full ODST armor by summer or at latest fall 2019. I'm going to craft the base with Pepakura and from there apply resins to hopefully one day make a proper cast.

Wish me luck and godspeed on your projects friends.

Thanks to Kirrou for the Pepakura files. 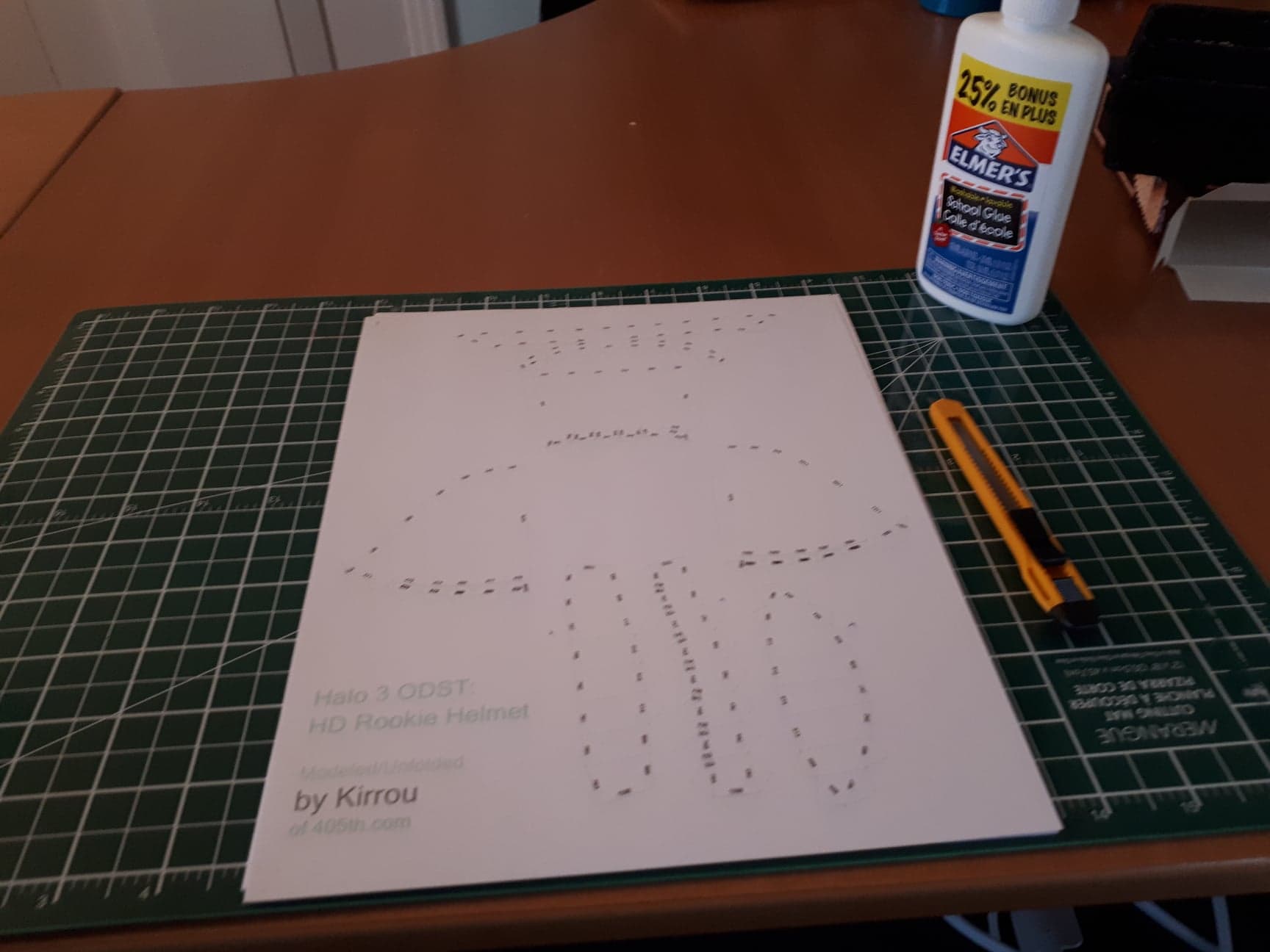 Got music, sharp blades, glue and some beer.

Mountain Regiment
405th Regiment Officer
You have got this!

I would recommend (you do what you want) either hot glue or super glue for pepakura. Otherwise you'll wait forever and increase the chances of the piece slipping or contorting and causing warps. 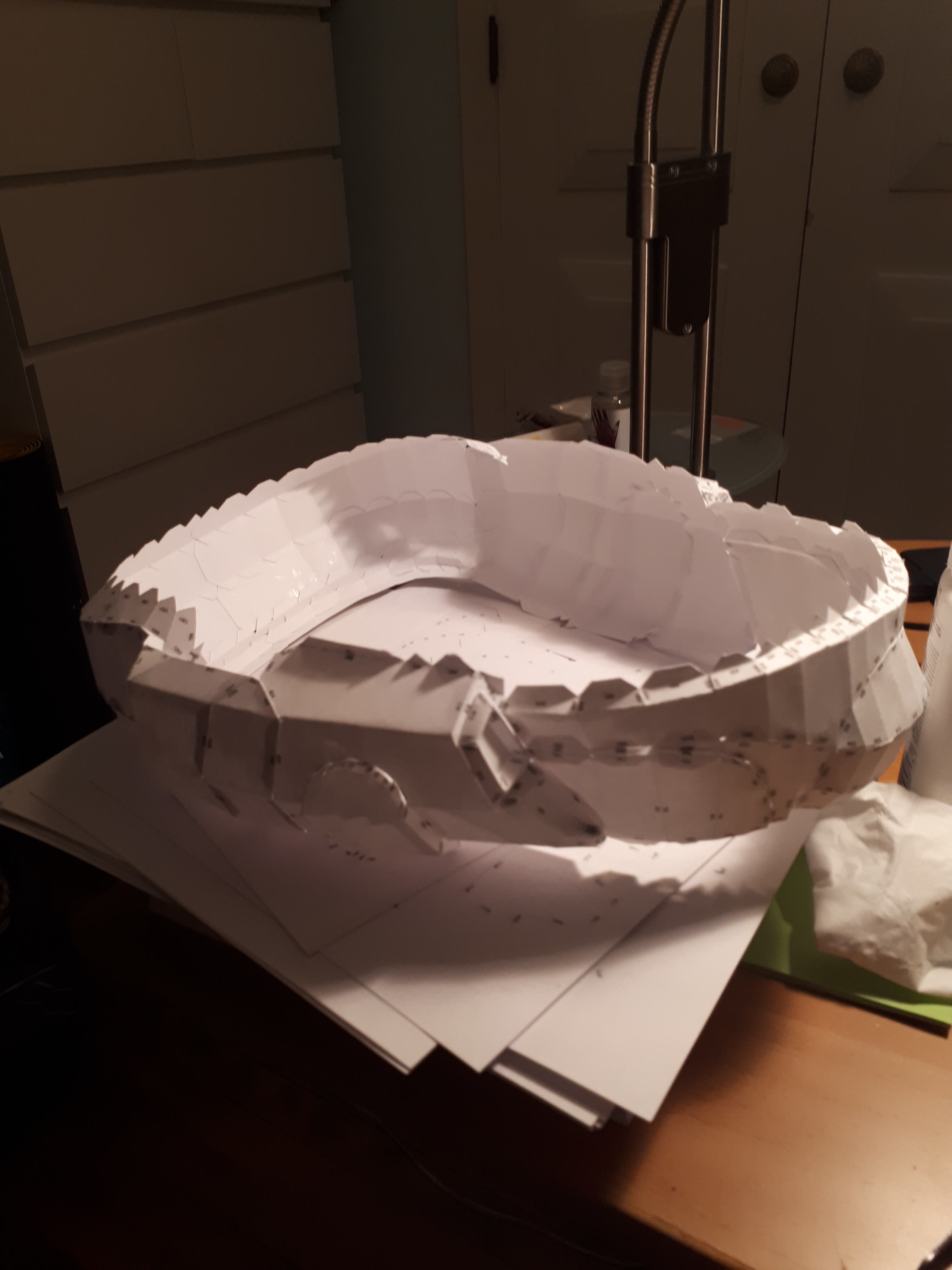 Firstly I'd like to say thanks for everyone's support and comments. It is really uplifting and keeps me motivated because by god Pepakura is a test of patience. Also thanks to Sean for suggesting Superglue because its a GAME CHANGER.

Anyways, onto my actual progress.

The build is going slowly but as you guys can see I've made the base of the ODST helmet and its looking not too bad! Though there are plenty of mistakes, it definitely is gratifying having a tangible result after so much time cutting and gluing. Speaking of, people with large fingers (like myself) INVEST IN TWEEZERS. This will make folding and gluing the very super tiny details much easier.

I really do want to put emphasis on that, as a first time Pepakura builder, my greatest foe was my own hands. It was very difficult to remain optimistic of my progress and project when I would accidentally fold a piece too far, almost cut off a minute detail or glue something improperly as you can see with the chin piece below... 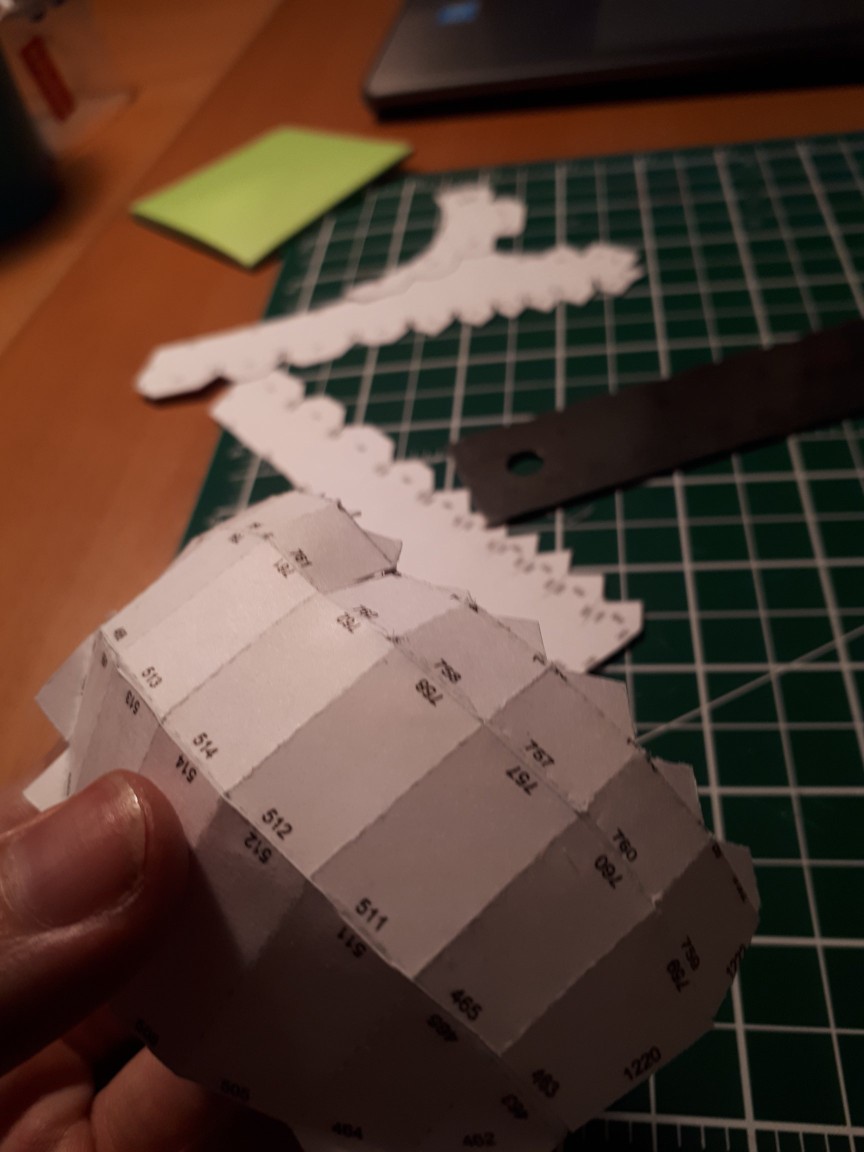 No doubt I will have to build this helmet again anyway because I probably didn't size it correctly.

BUT I WILL PRESS ON. If nothing else just to finish this project but also with the idea that I could transform these mistakes into combat damage later.

A question for the more experienced builders though; I know that the less mistakes the better but just how forgiving/easy is it to fix small issues down the line as I move towards applying resins to this build.

Mountain Regiment
405th Regiment Officer
Glad I could be of help, and that's a great idea with the tweezers!

Pepakura isn't super forgiving as far as mistakes with the Paper and glue. Once it's there, it's there. Hence why I suggested going slow and meticulous.

When you do make a mistake, though (because it will happen no matter how hard you try) the way to fix that is to use body filler such as bondo after you have hardened it, normally with fiberglass.

I'd caution you again, though, pep it very carefully and be sure to get it as good as you can, because warping will be your next challenge, one you start adding resin to the paper. If the pep work is good, you have less chance of warping, but you will still want to add enough supports to keep it rigid until your resin is dry.

Southern Regiment
Just food for thought on your helmet pep. I found that it was far easier (for me at least) to start with the crown or top of the helmet and work my way down. Reason being, once I got to the bottom, I could set the helmet upside down on my lap and work around the opening versus trying to glue tabs on the top from the inside while trying to hold the whole helmet in suspension with my hand inside of it. Just a thought. Pep looks great so far, looking forward to seeing more!

Southern Regiment
Doing great so far! Cant wait to see further progress, and dont forget to take a break and go for a walk every once in a while. I think I have permanent pain in my neck, shoulders, spine, and fingers from being hunched over for many hours a day. BUT DONT TAKE TOO LONG OF A BRAKE! It will be sad if your next post is in a few years... xD

Looks great and I'm glad to see a new start! I'm looking to do the same thing so I believe following along your path and seeing the results will be interesting. You got this!