Do You Believe In Ghosts?

Hell yes I do! 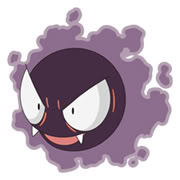 Well i went camping with my church youth group this weekend. And we had a chance to ask things about Christianity,(not starting a religion debate)but he said that in the bible they do use the word ghost a couple of times as when the apostles were on the boat and they saw jesus walking on water. there it said they thought he was a ghost.
He also told me to read Deuteronomy 18 6-18. He did at loud also then explained it also. He said that yes but the spirits that we may see like an old past over one like a family member is basically a demon using whatever image you want to see.
I think i summed up what he said, i'm not to great of a short term memory remember, but i don't have short term memory loss. Just bad memory for short terms if that makes any sense lol.

So yeah there is a religious side to it.
Please don't get my comment in to any kind of religious debate I don't mean for it to be one.

It's funny how anyone can scoff at blind obedience to something with no proof, and yet have none to offer themselves, which in turn indicates blind obedience. Science proved the Earth was flat LONG before it proved it round. It's not quite the obvious unquestioned common "truth" that some seem to beleive it is... unquestionably.. without firsthand evidence or proof.

Science, the church, and the paranormal has been at each other's throats for ages. Trust me, there's nothing anyone can bring to the table that will conclusively prove any of them the final victor. If you scientifically proved the existance of God beyond a shadow of a doubt, it would still be a failure for all concerned. You cannot prove a negative, so you're required to prove He exists. Many would tell you that the sheer fact we are sitting here is proof enough in terms of the otherwise "random possibilities". However.. if God were proven, the Paranormal becomes reduced to science, and the religeous lose their faith because they are required to beleive beyond proof that God exists.. by KNOWING he exists, they've just doomed themselves.

If the basis of your argument is that I can't prove what I say, you'd better be prepared to come visit me and give me your proof in a tangible form that I can objectively beleive in.. or expect to be scoffed at for your egotistic behavior.

That's was the best leap of faith in Science I've ever heard though: "Science proved the soul doesn't exist".. All I have to say is.. "Oh? and were you looking for a soul with a device that can actually SEE a soul?" You can't prove it WOULD see a soul, unless it saw one.. in which case I win. All you can prove is that you don't have the ability to detect them. Much like scientists are still unable to detect gravitational pulls, either... would you also like to prove how gravity doesn't exist? ( I can.. but I won't lol.. I'd rather you think that it might still exist, but be undetectable) They theorize what causes it, but without being able to detect it, they can't prove it's existance except to say.. "well.. umm the apple fell DOWN, so that's gravity." In fact.. no it's not.. lol (ok, fine.. go look-up the NEW ideas on curved space and how it relates to gravity.)

Here's what it boils down to.. I can't prove or disprove anything I say in terms of what I've expereinced, but neither can you, so the point is moot. Your categorical denial does nothing but expose limits of your knowledge in your own beleifs. You cannot have science without the supernatural, and vice versa. Supernature BECOMES science.

I make great pains to explain away events for myself before admitting that what I experienced was seemingly impossible in the natural/supernatural sense of the word. I can make guesses without being "hung by them" if they were proven wrong.. All I can assure you of is that I've investigated the stuff as much as I've been able to, and have no reasonable explanations for some of them... So I'm left with speculations, and long lists of what didn't cause the events in question to happen.

Beleive it or not.. "the supernatural" is where new science comes from. Big light in sky make big noise.. becomes the basis of meteorology. I think it's safe to say that the first person to report lightning would have faced skepticism similar to yours. Did that make lightning any less real? That's the supernatural for you. Too farfetched and obvious? How about lightning carrying electricity? How about stating that we would trap that in a wire that would glow with heat, bright enough to light a room without burning?

I'm still a beleiver in the fact that we, as a species, have NO idea what's going on, which makes all of the "starting of the human race" thing seem supernatural. Supernatural means that it's beyond our ability to properly perceive or explain it and it appears to defy physics in terms of cause and effect as we know them. Science has no proof of the possibility that anything could perpetuate forever, which means that something doing so would be a supernatural occurance. So.. prior to the Big Bang, assuming that's your theory of choice.. where did all this matter come from in-order to explode? There's not an answer that can be given there that is not by definition a supernatural one.

Thereby proving the possibility, or even likelihood of the existance of the supernatural. I still beleive that all supernatural occurences have a basis in a level of scientific truth that we just don't know about yet. It just hasn't been proven, discovered, and/or documented properly at this point. One day we'll know, but until then, I know our limits of understanding are still limited.. which means that the supernatural, as per my definition, exists, whether you choose ot beleive in it or not.
F

i love it when we get into this stuff
B

Holy crap you are smart...Lol where did you learn all this stuff? :not worthy:
O

baileyboys said:
Holy crap you are smart...Lol where did you learn all this stuff? :not worthy:
Click to expand...

Hmmm...I thought I said not to mention God in this conversion(of sorts). Guess it can't be done with the current subject matter. This will just go back and forth over and over again, and NO ONE WILL WIN THIS DEBATE.

Proof or otherwise, you can't change what people believe or don't believe, and some don't like to be patronized about it.

Things not to be discussed on the forums:
-Religion(or beliefs),
-Politics,
-Sex,
-and now the Supernatural.