Heyo everyone! I decided to follow RandomRanger's video guides as he releases them on making foam armor! I won't be doing all the crazy shoe goo that he does to make his armor indestructible but rather use it as a learning experience to get experience with foam! Considering I'm printing my main suit with 3D printers and my last two were pepakura, Foam is the last mountain to tackle! I don't resin cast and won't unless I get a lot more space and money. ANYWAY PLANNING STAGE!
I'm thinking of making this an EOD reach spartan or a reach spartan suit with a Mk. VII helmet from infinite! (I love that helmet) At any rate, we'll see!
I'm considering going funky with this suit. First was gold, second purple and yellow, Third is going to be orange and green (my favorite colors) and maybe this time I wanna paint it something funky and fresh like a summer picnic! What goes better with a summer picnic than watermelon? Anyway I want to make a pink and green suit. 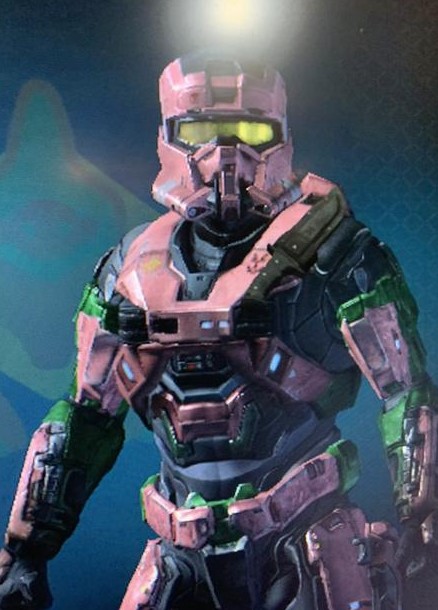 Look at it! beautiful! If anyone has other suggestions for another color let me know. I was kind of leaning towards olive drab green like Mister Chef as well. Or maybe black and yellow. But that's kinda boring, isn't it? Anyway on to what I have of the build so far! I just finished putting together the handplates from the patterns and guide provided through this video!
the guy is a legend^
Here are my results!

the seams aren't perfect but another RandomRanger video was just released addressing how to make invisible seams! They seemed a little flat and oval-y to me so I took a heatgun and curved the whole part. 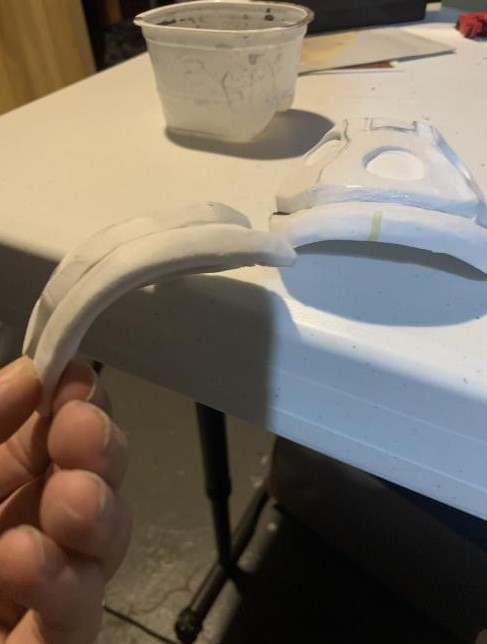 much better. I also used kwik seal to fix up the seams and then blasted them with a couple of layers of plasti-dip! (don't tell Ranger, he prefers to use leak seal)((I just got a can of leak seal don't worry))

I used the general trick for making spray paint evenly with bathing the can in warm water before I went to spray. In doing so I think I warmed it up too much or pushed the nozzle down too hard and broke the seal which just caused the can to kinda explode.... good thing I was wearing gloves and my respirator! SAFETY FIRST!!!!
I'm glad I at least got these coated out of one can. Now it's time to get to work on the second video in the series Ranger has released.
https://www.youtube.com/watch?v=xmP3MlwaJmo
I have the patterns printed out and it's time to get to work!

sorry it's sideways my phone hates me lol. Anyway if anyone has anything to add or any color suggestions I'm excited to hear them!

I'm looking forward to seeing how your gauntlets turn out!

I had plans to release the bicep tut this week... but alas I messed my bicep up so we'll have to start again. In the mean time perhaps I can persuade you to the shoe goo lifestyle with the next one... we gon smash things.

I'm looking forward to seeing how your gauntlets turn out!

I had plans to release the bicep tut this week... but alas I messed my bicep up so we'll have to start again. In the mean time perhaps I can persuade you to the shoe goo lifestyle with the next one... we gon smash things.
Click to expand...

I gotta move faster with these gauntlets! Gotta stay ahead of the curve. I look forward to the smashing!

just wait until my next update! I have some color and theme change ideas that are going to go with TurboCharizard

Update time!
I have decided where I'm going to take this suit with it's paint job and theme! I'm theming this suit after some inspiration with TurboCharizard as a stealth Hatsune Miku build! Color scheme is based off of this. 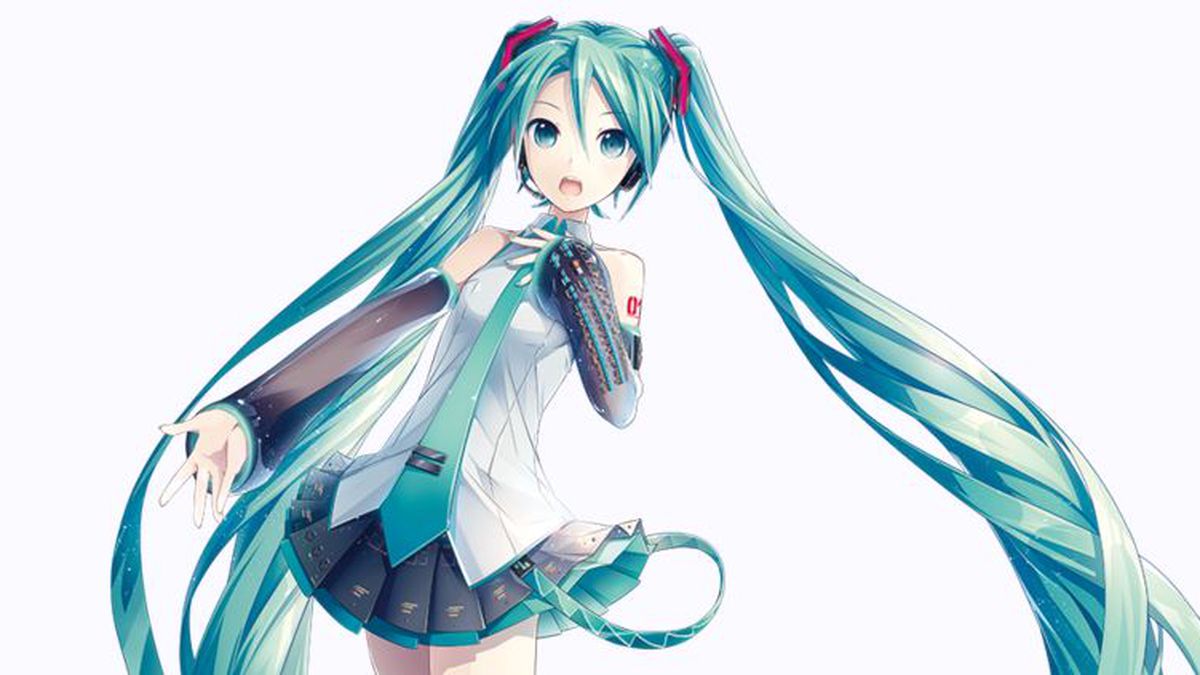 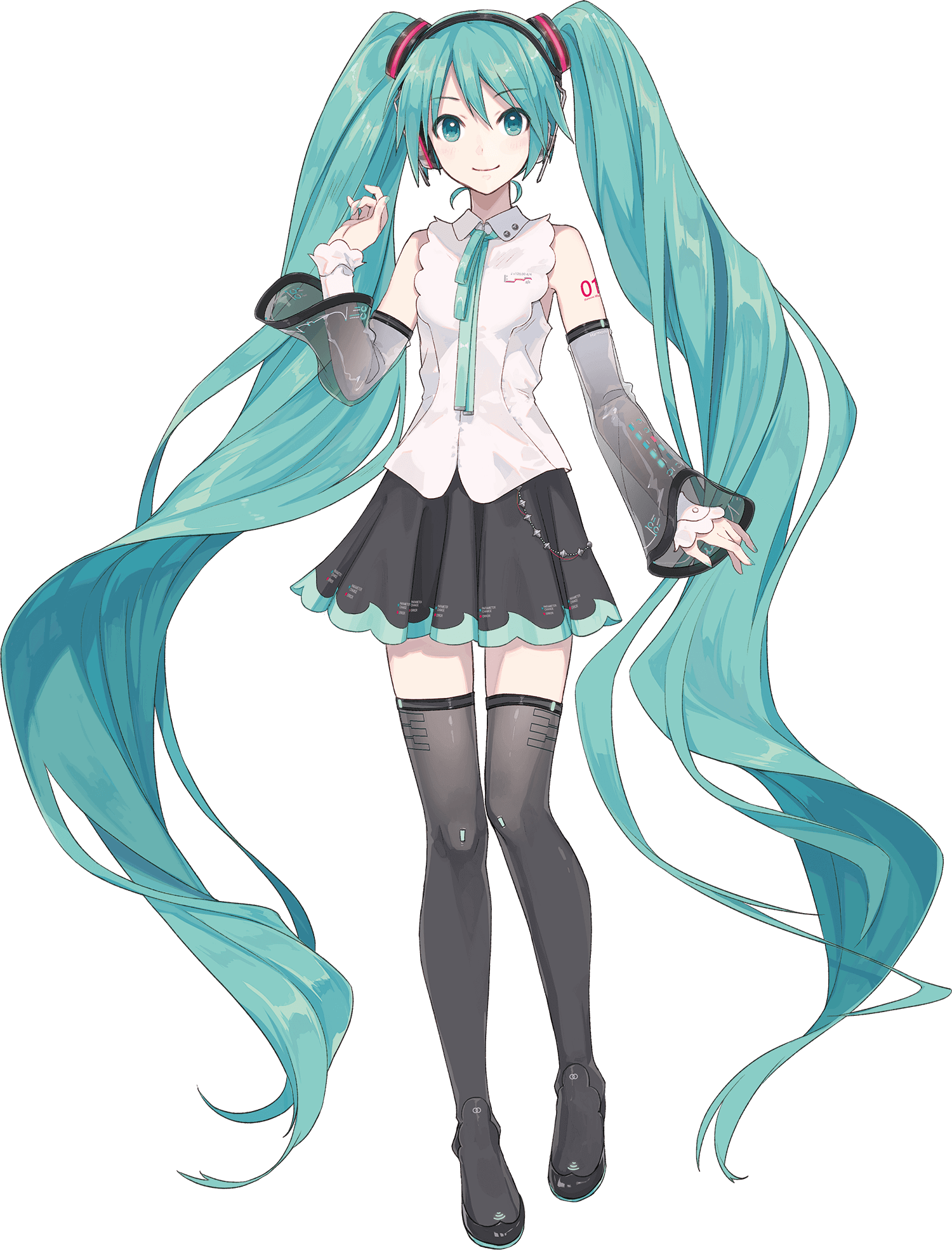 I plan on adding additional paint details to make it more like Miku! The tacpad will be her UI on her arm (works out really well!) the collar will be like her tie (works out well with the white stripe) I really thought the recon shoulders work really well as any kind of frills for her and the EOD helmet works perfectly with it's red stripes on the sides that represent her hair ties. The tanks on the cheeks of the EOD helmet can be representative of her hair! I was thinking of modding the colors on the helmet to better match her pink accents. 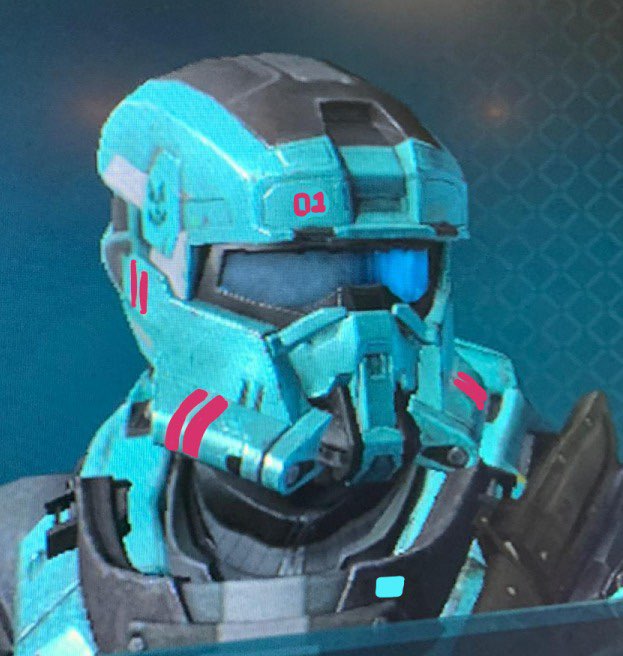 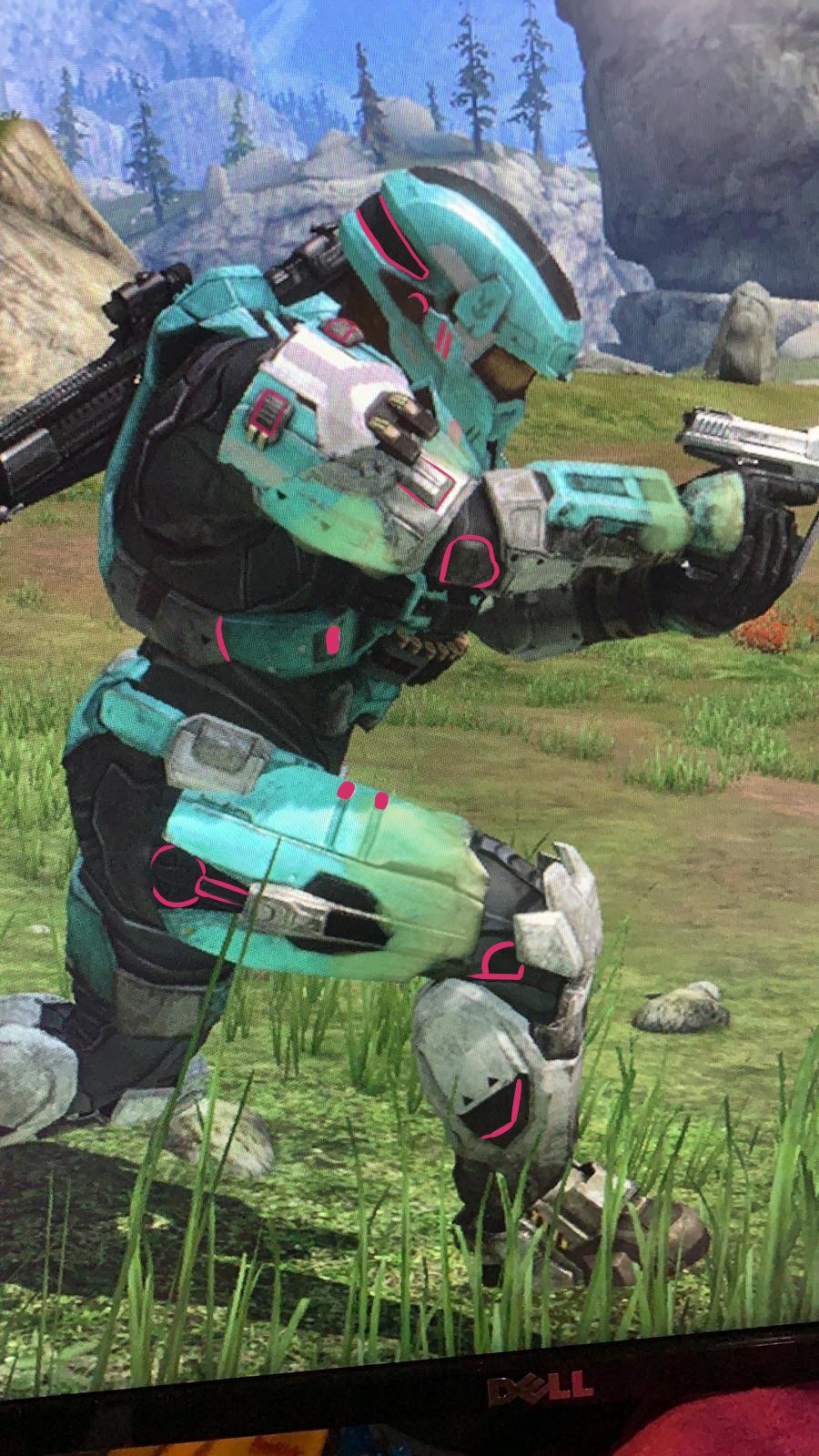 I also might add a green fade using turbo's outrun painting style guide. I'll try to find it to link to here.
I'm really excited for this build and I think it'll look great!
As for a build update, I finished assembling the forearms yesterday! They still need some work and I'm going to buy some contact cement filler to fix some of the seams on the first one I made.

Getting everything layed out and cut out of foam was a ton of fun! I really liked putting everything together as efficiently as possible. It really was a blind process since I hadn't made one before!

I got a huge thing of Barge and a squeeze bottle like Kamuicosplay recommends and I've gotta say I can't recommend this stuff enough! It's great! I spilled a ton of glue trying to get it out though so I gotta find a way to do that cleaner. going through these seams I had a lot of trouble messing up the directions of the seams and it resulted in some messy bits.

this back angle piece was totally wrong and I had to dremel new bevels and cut new pieces. Once I had done that though it really came together nicely!

I'm pretty happy with how this turned out but like I said some of the seams can be cleaned up. I had a lot better luck with the second one and getting all the bevels/seams correct and cleaner.

I've marked out areas that I need to dremel out details or add 2mm foam for details and rivets and that's what I'll work on before I'm going to leak seal these and sand them. Soon we'll get Ranger's bicep tutorial and I'll tackle those! (not looking forward to them after remembering how hard biceps were to do with paper and pepakura. ;-

Colonial Regiment
WEEB SPARTAN!!!!!, this is going be an exciting build to watch. those gauntlets are already looking great!!

Colonial Regiment
I love all the vocaloid builds that are going on now. Keep up the great work!

Kevjohn said:
I love all the vocaloid builds that are going on now. Keep up the great work!
Click to expand...

Time to get on the hype train and make one yourself!

TurboCharizard said:
Time to get on the hype train and make one yourself!
Click to expand...

Oof let me do my ODST build first