Who's going to a Halo: CE Anniversary release tonight?

I wanted to go pick it up locally in armor but my suit is currently half on the bench so thats a no-go, casual human it is.
H

Paint needs to dry faster......I still have to get my boots ready to go.
M

Hickeydog said:
Paint needs to dry faster......I still have to get my boots ready to go.
Click to expand...


no kidding dude. i just brush it over the spots that need touch up for now. im scrambling to try and get a foam undersuit done too!! got the back piece done but hurry hurry hurry!! aagghh!!!
H

Darn. Now I need to figure out how to mount these suckers. The back are okay. I'm just going to let them float loose. The toe caps.....hmmm..looks like duct tape.
D

wearing my MKV here in Dekalb

too bad i cant go, but trying to go the the halo 4 release next year... since its on christmas break and all
R

Pacific Regiment
i want to go so freakin bad, but my mom is against video games, she hates them and wants nothing to do with them (at my mom's house she wont let me buy an xbox) my dad loves halo but he wont go to a midnight release and my stepmom also loves halo but she wont go either so i have to wait till friday =( but i wont get to play it much on the weekend because i am going to universal studios on Sat.
well i am still very freakin excited =D and really excited to see new graphics in the campaign
have fun to whoever is going =D
P

Midwest Regiment
I'm going in my suit, not sure if there will be anyone but Assassin's Creed fanboys at our small Gamestop in Nebraska.
H

Oh my gosh. It's another repeat of Reach. 4 1/2 hours before release and I'm still hardening....Fortunately, it's just the boots, and they're already painted and ready to go.

Yeah I'm going out, hopefully in my full suit. Right now it's raining super hard and I don't really want to be stuck in my suit all wet. Plus some of my paint would probably wash off where I did touch up work after halloween. But I will be out in at least my helmet and pistol. Really hope this slows down in the next hour or so. Good luck to the rest of you!
S

It completely sliped my mind!!! all i have is one messed up helm.... Got it painted with lots of battle damage, guease om going in my USNC shirt and green shorts with my helm at my side
A

Pacific Regiment
Got suited up except for the arms, and my friend calls and tells me Gamestop isn't having a midnight release. When I preordered the game I asked the employee if they were having a midnight release and she said no, which didn't make sense to me because of all the other games coming out, so I called later and the guy that picked up said yes. I got messed up man. The Microsoft store is having a midnight release with a LAN party but we didn't preorder it there so we decided against going there. It was just a mess and I'm a little disappointed.
O

I was all psyched up for it, then my place of employment opened up overtime, and it's raining. Money talks, rain makes me walk. Gotta get it in the AM stupid work and rain.... Gotta wait for halo 4 to properly geek out again.

Southern Regiment
Last night was great. About 40-50 people there. Only about 10 of them were there for Halo. A lot of people took pictures with me. At 12:00 they gave me the first game..... for FREE. 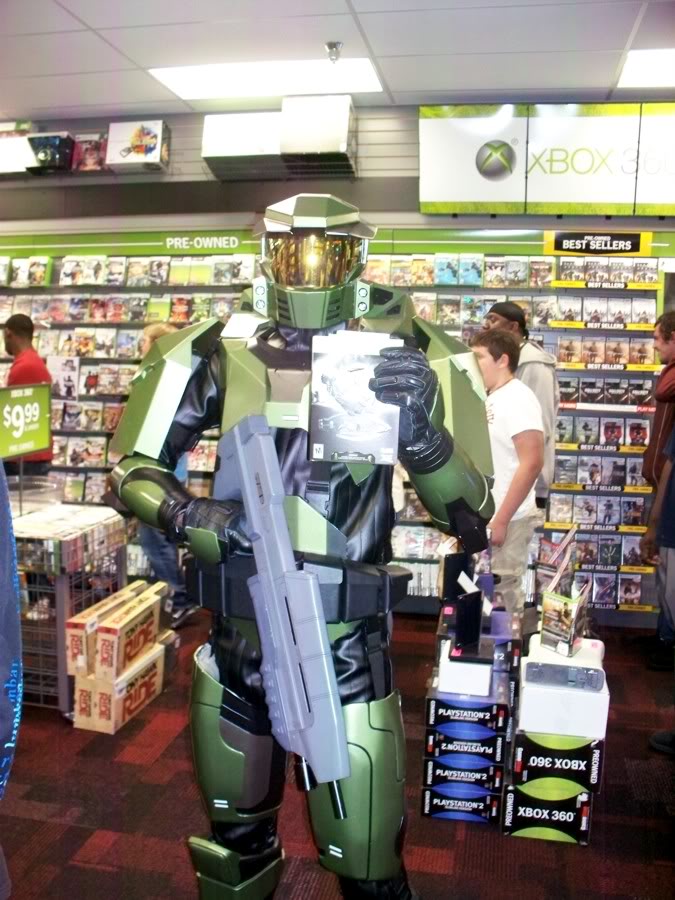 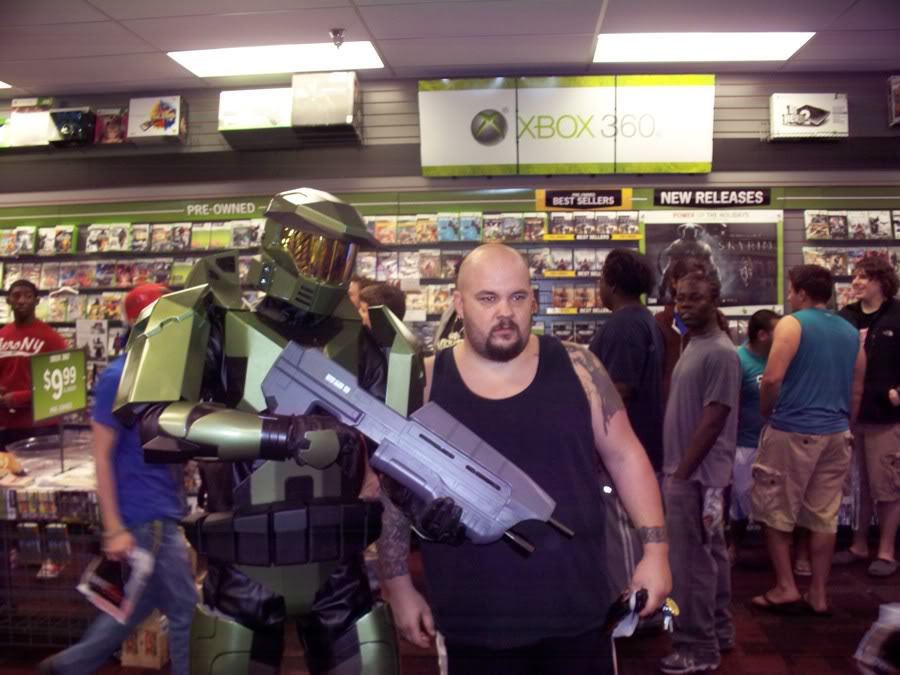 My fan died about halfway through it, but I sucked it up and kept going. I was soaked afterwords though. 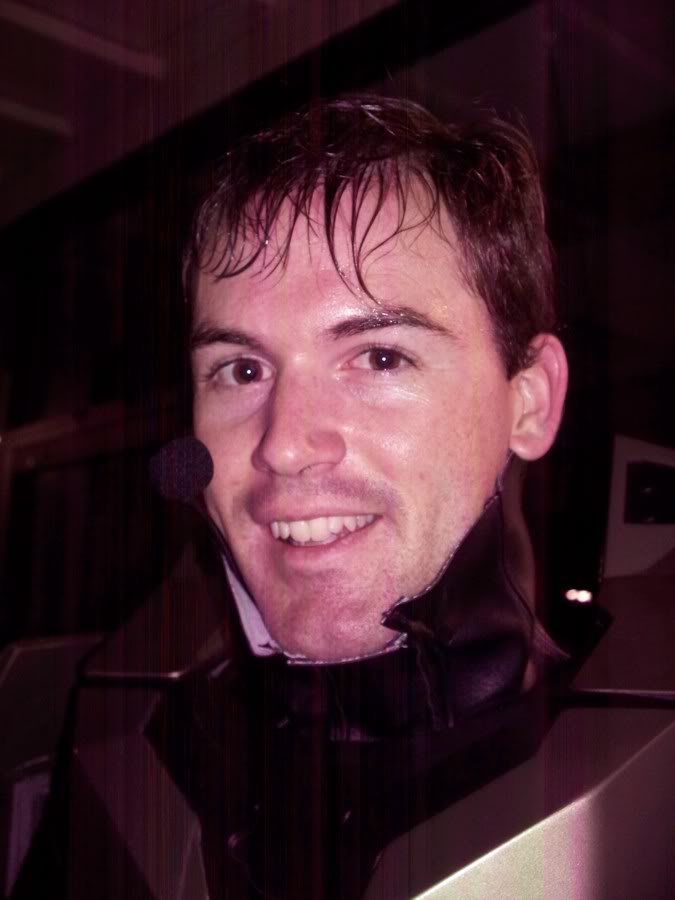 My friend is editing a video, and he should have it up in the next day or so.
S

Ahhh, I had a feeling people might get free copies for showing up in costume! That makes me wish even more that I had tried to go suited up! Oh well, there's always Halo 4, 5, and 6? lol Congrats Justinian, hope that makes up a bit for the Halloween costume contests that you didn't win. :cool

Since I didn't go suited up, the best I can do for now a photo of my copy with my helmet and Magnum. 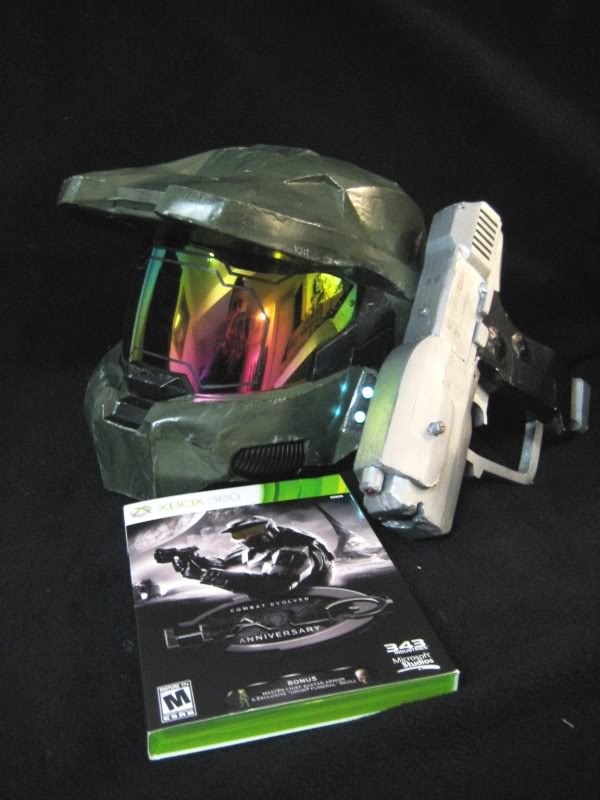 Justinian, congrats man, the suite is sick so you deserve that copy!

I was at my local game stop last night and as i posted earlier i could not show in my full ODST due to the fact i was coming strait from work. Despite that I wore my helmet and home made ODST shirt and received some rave reviews for the helmet. Unfortunately there was no free game for me lol. When i got home though i was exhausted i did warm up the Xbox and run through pillar of Autumn. gota stay it felt like comeing home lol, and the refurbished graphics are great!
S

I was at my local gamestop in full armor, but most people where there for Assassin's Creed. A few people wanted to take pictures though and it cool.
M

Small turnout at my event last night too, probably about the same as you Justinian. Here's a few pics of my night, helped my buddy out who was promoting ubisoft products
Sorry for the blurry arm 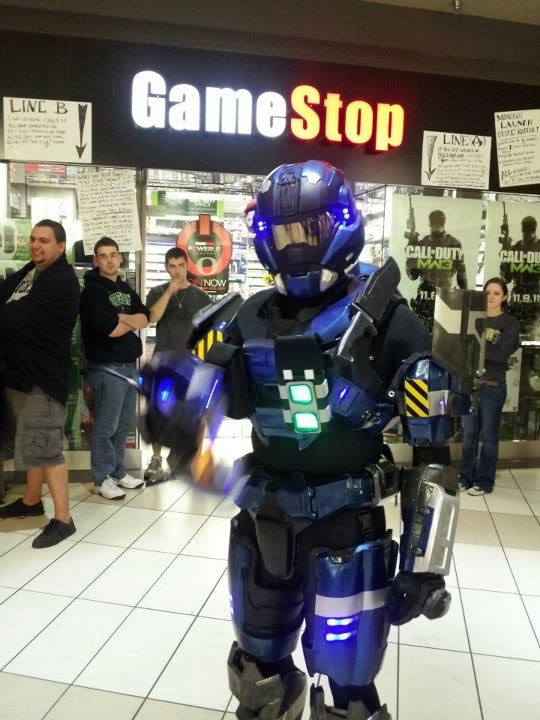 "Thank you for your purchase" 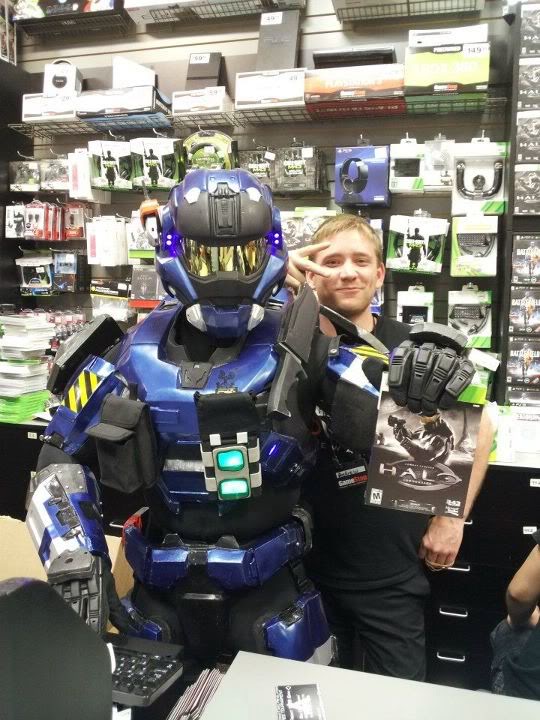 With the raffle winners 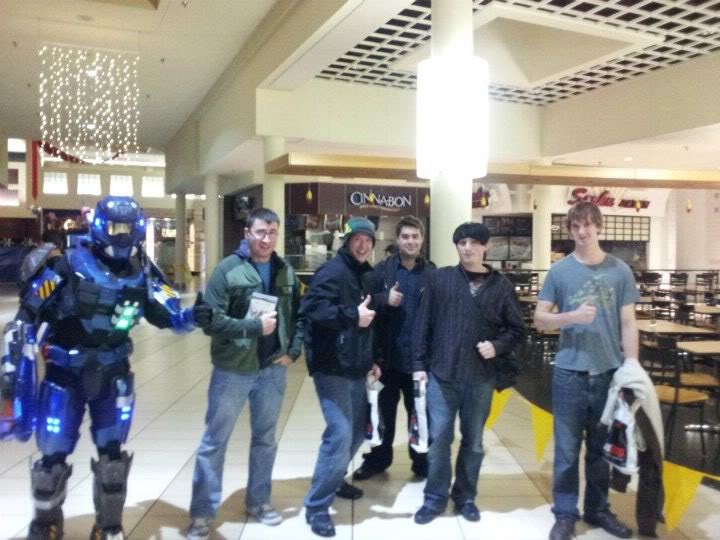 I need to get one of these plasma rifles.... pretty B.A! 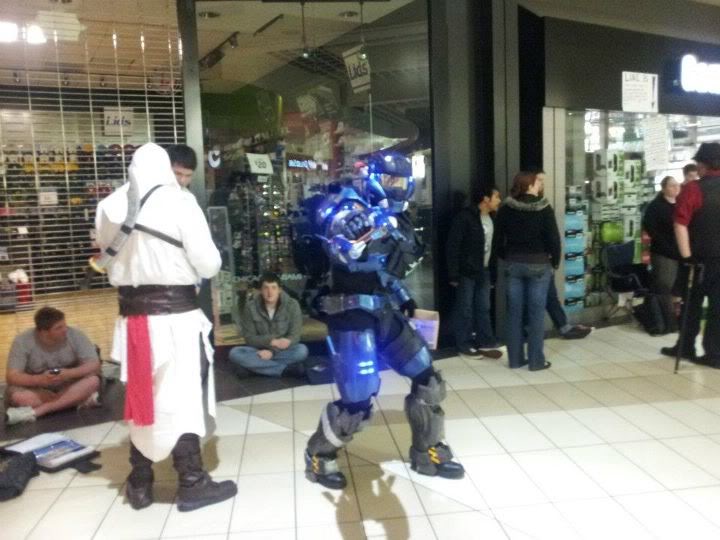 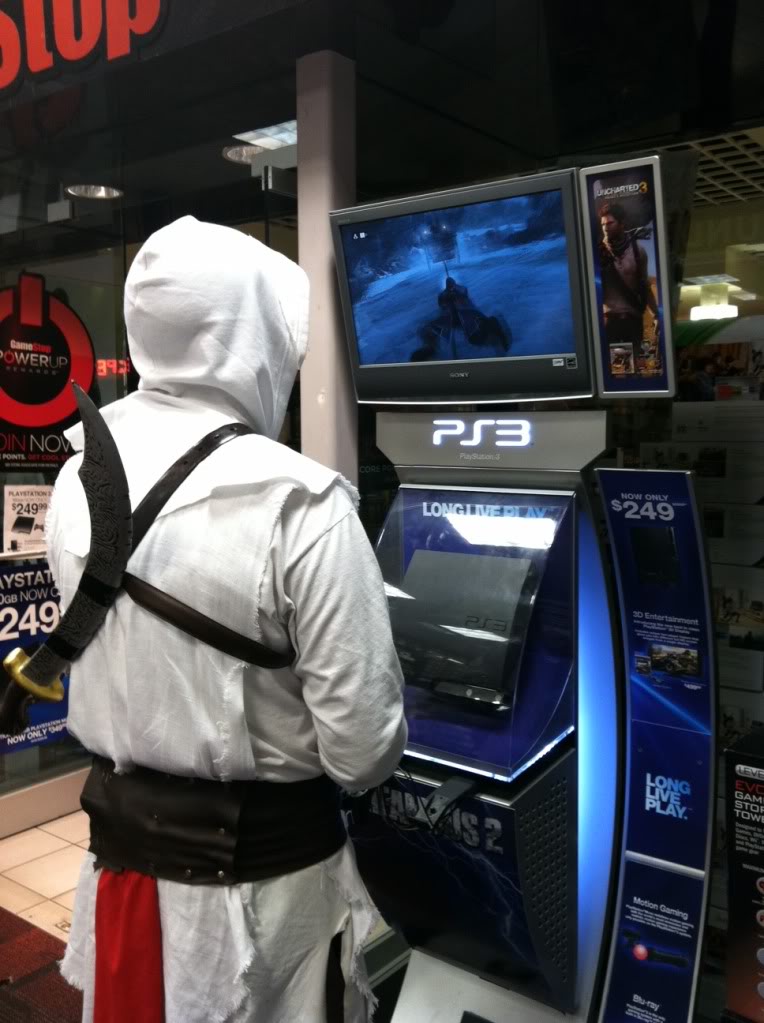 That is a public facebook link for the picture I took at gamestop while we were in costume...

more are on the way though...

Canadian Regiment
I went to a Halo CE Anniversary "party" last night at a Microsoft store and it was pretty fun. Got some quality posters, played the game in 3D and the new anniversary playlist online. It was pretty awesome Brought my Mark V helmet with me and got a bunch of compliments.

Happy May The 4th!

Happy May The 4th!