Bringing out to the field after a long year of building 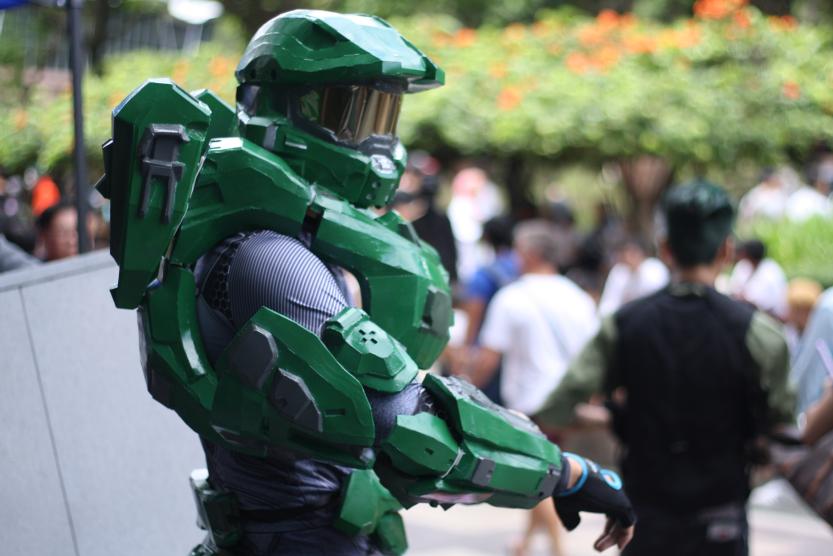 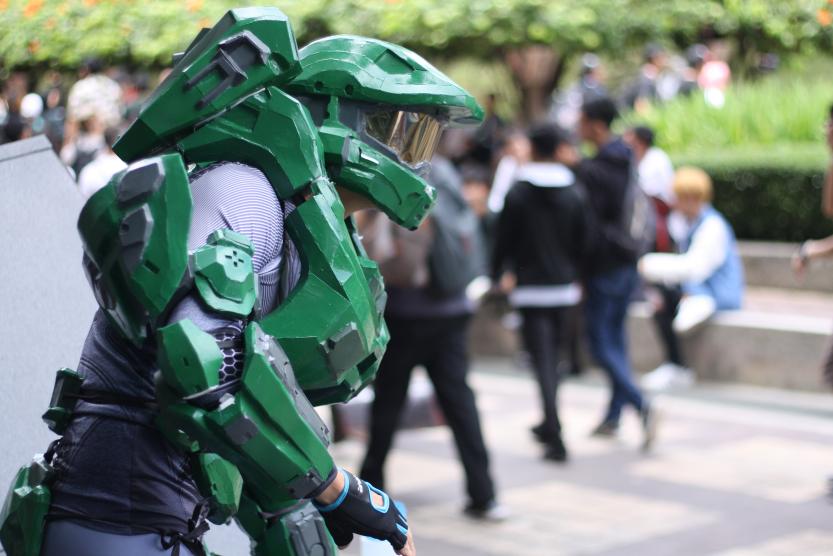 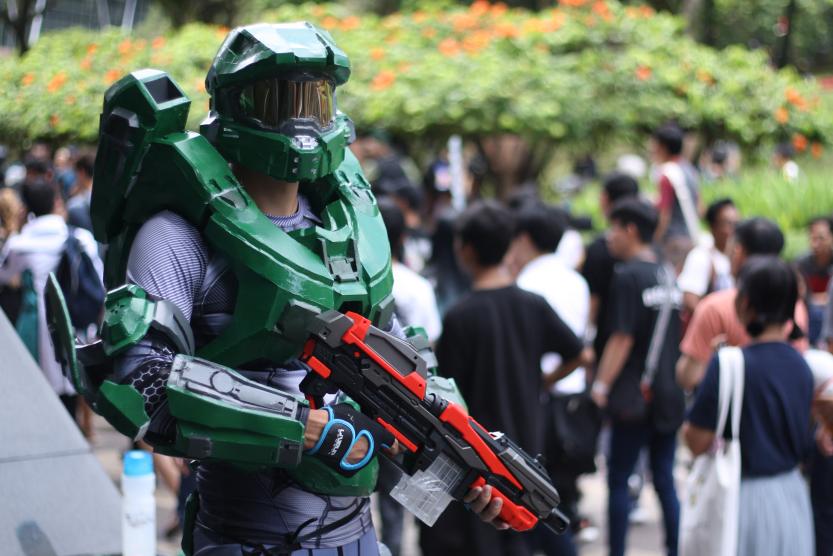 I started dapping into Halo cosplaying by accident when I saw a guy in a telegram group chat who had a sliver Master Chief armor back at 2017, he used a pre-made armor which costed him a lot of money so I decided to take a different approach--using pepakura.

I was a total noob back then and I spent hours trying to make the armor with the limited resources and knowledge I had, resulting in two years of construction time with lots of mistakes and hurdles in the way with the likes of:

1. Using 160 gsm paper
2. Printing out of margin
3. Printing with the wrong scale
4. Using paper mache as a method to strengthen (doesn't work, made the whole thing soggy)
5. Using PVA+corn starch (doesn't work as I expected)
6. Didn't use proper support during epoxy curing process and the pieces deformed

I originally started out using Mark VI: Normal Detail by ROBOTGENESIS but eventually switched to Halo 4 - MJOLNIR GEN2 - Mark VI Master Chief 1.2 in late 2018 where I restarted the project from scratch with the experience I had with the previous failures.

I constructed the armor with the following steps

1. Print out on a 200GSM A4 cardstock
2. Coat it with a layer of Epoxy resin
3. Spray painting after removing all I perfections and unevenness on the epoxy resin.

Doing this on and off for a year as I found permanent employment in December 2018. 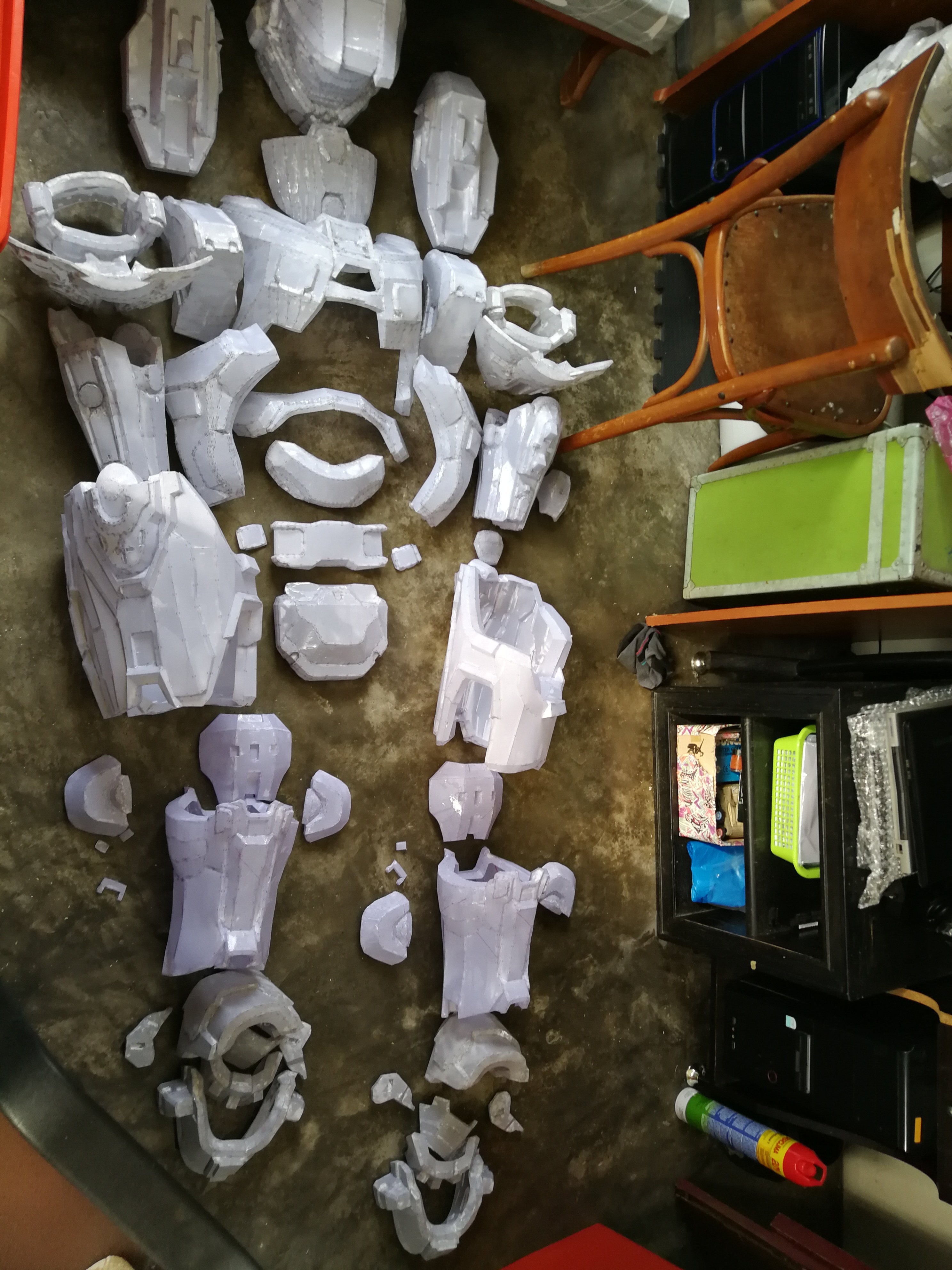 The finished pieces after assembly and epoxy resin treatment in 4th August 2019.

Spent a few weekends to complete colouring using spray paint with 2 shades of green and grey.

However, when comes to assembly on the body, I ran into a few problems:

1. The chest piece are made up of 7 pieces and I have no idea how to connect them together which eventually I solved it with a combination of 5 minute epoxy adhesive and a lot of hot glue and some N95 magnets. The shoulder area took the longest time to figure it out but I eventually cut a sizable piece from an EVA floor mat as a support in the negative space.

2. Connecting the feet pieces together onto a rubber shoe, which I solve it with lots of hot glue and ribbons.

3. Most of the pieces for the knee caps, smaller chest and abdominal pieces and thighs are fastened using ribbons, originally I tried to use the elastic Velcro bands but due to the way I insert the said bands (by insert it through the slots I made) it would tear the piece apart from the tension exerted.

The undershirt is a "close enough" pattern I managed to find from ebay, I don't know the proper search term for "hexagon pattern on a shirt" so I just wing it with anything that's resembled armor.

On the helmet, I cut off where the visor off, sanded it down before applying a window tint sheet over it to make it opaque from the outside but see through on the inside. Originally I planned to use a motorcycle helmet but it was too big to fit in that small helmet as it was tailored to my head; even if it did, it would be impossible to fit over my head. In hindsight, I should install some kind of a cooling fan inside as it felt like a sauna over my head.

At the end of this project, my future goals are:

1. Repair all the damaged pieces during the convention, especially the chest armor.
2. Refine the armor with bondo or wood filler to make it more like armor and increase durability for the same convention next year and maybe meeting up with the other recruits.