Mexican Regiment
405th Regiment Officer
hello everyone! I'm finally back posting threads on the forum after quite some time!
I recently got a commission to build a halo reach style needler
what I'm planning to do is build everything out of laser engraved EVA foam, similar to how I built my plasma rifle last year

with some differences, mainly making the shells smoother and rounder
so, I started sketching the basic blueprints to send it to the laser cutter 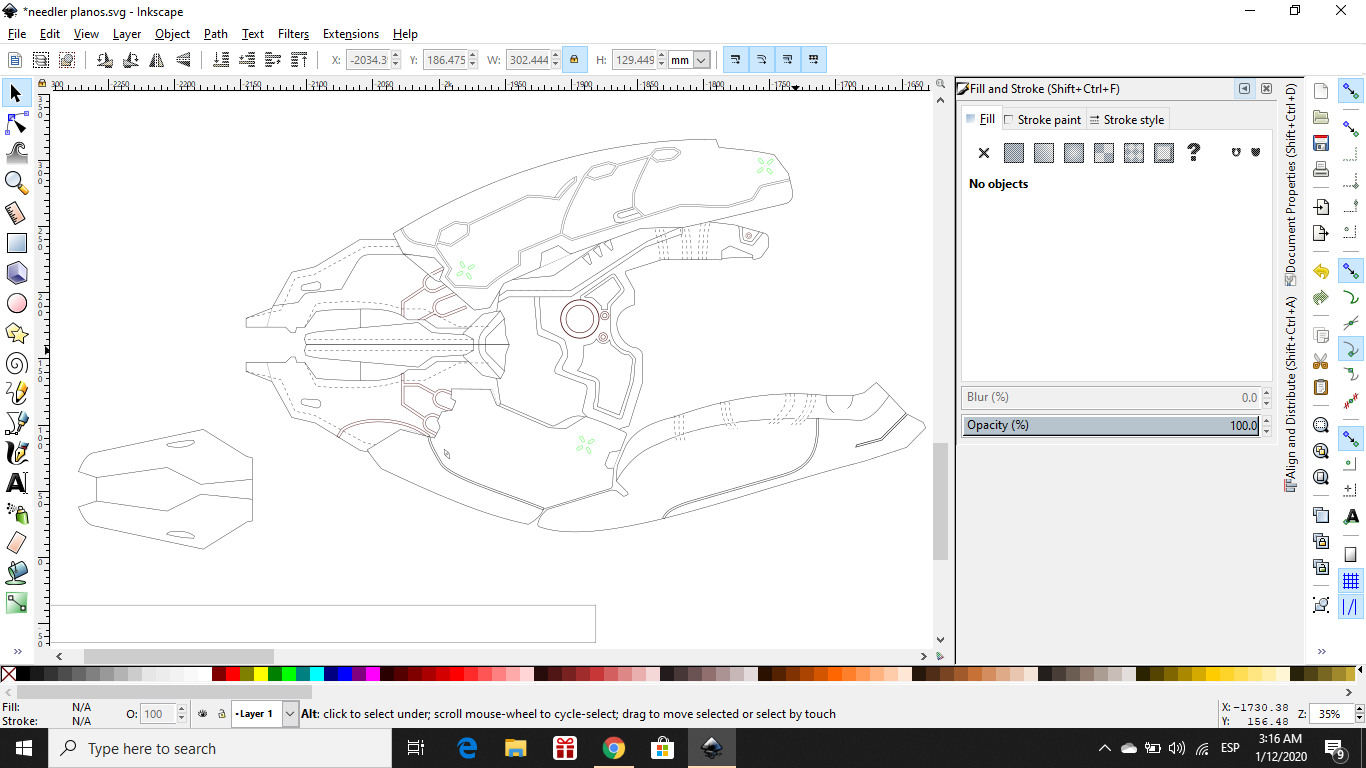 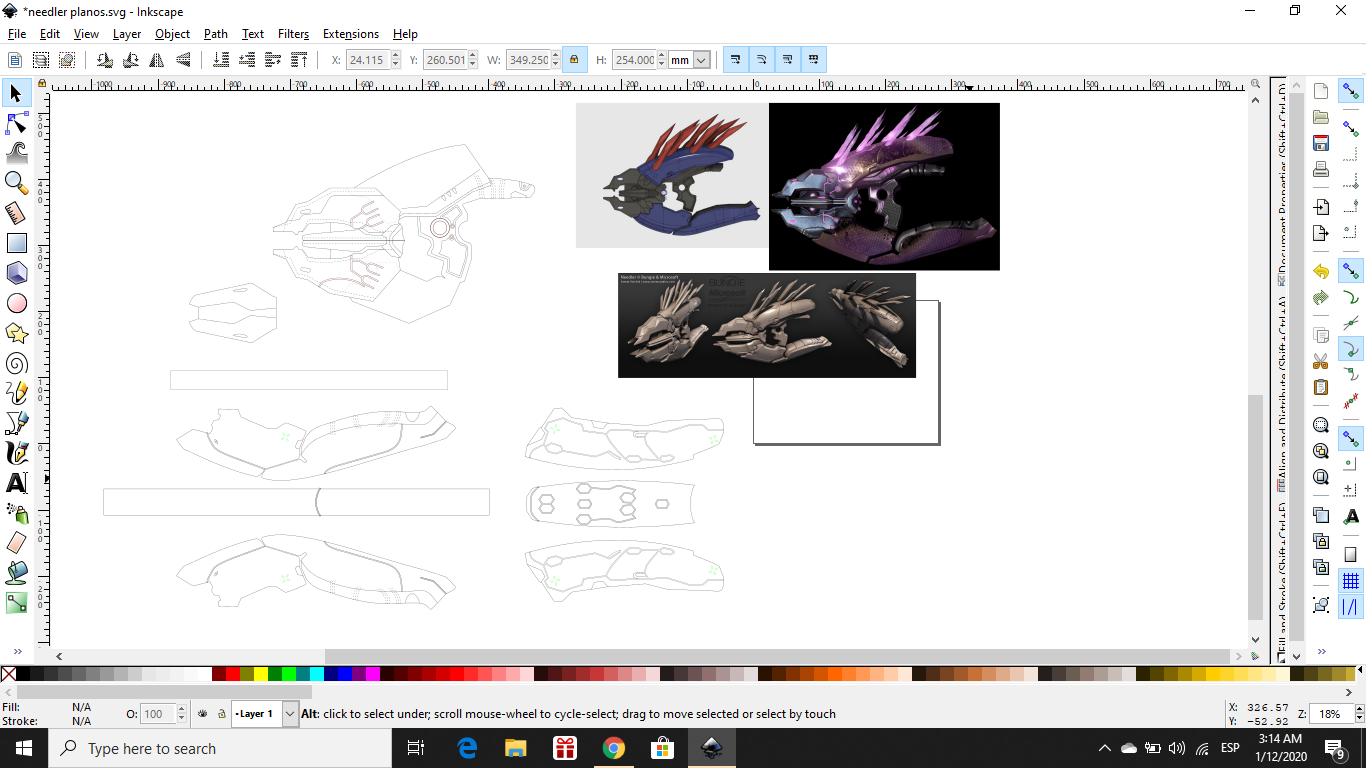 also, something that I need advice with is the needles, I've seen that a safe option to make the "needles", and also make them glow, is carving hot glue sticks
I just need a second opinion or confirmation of that method

Mexican Regiment
405th Regiment Officer
quick update since I could not sleep, i did some more work on the blueprints 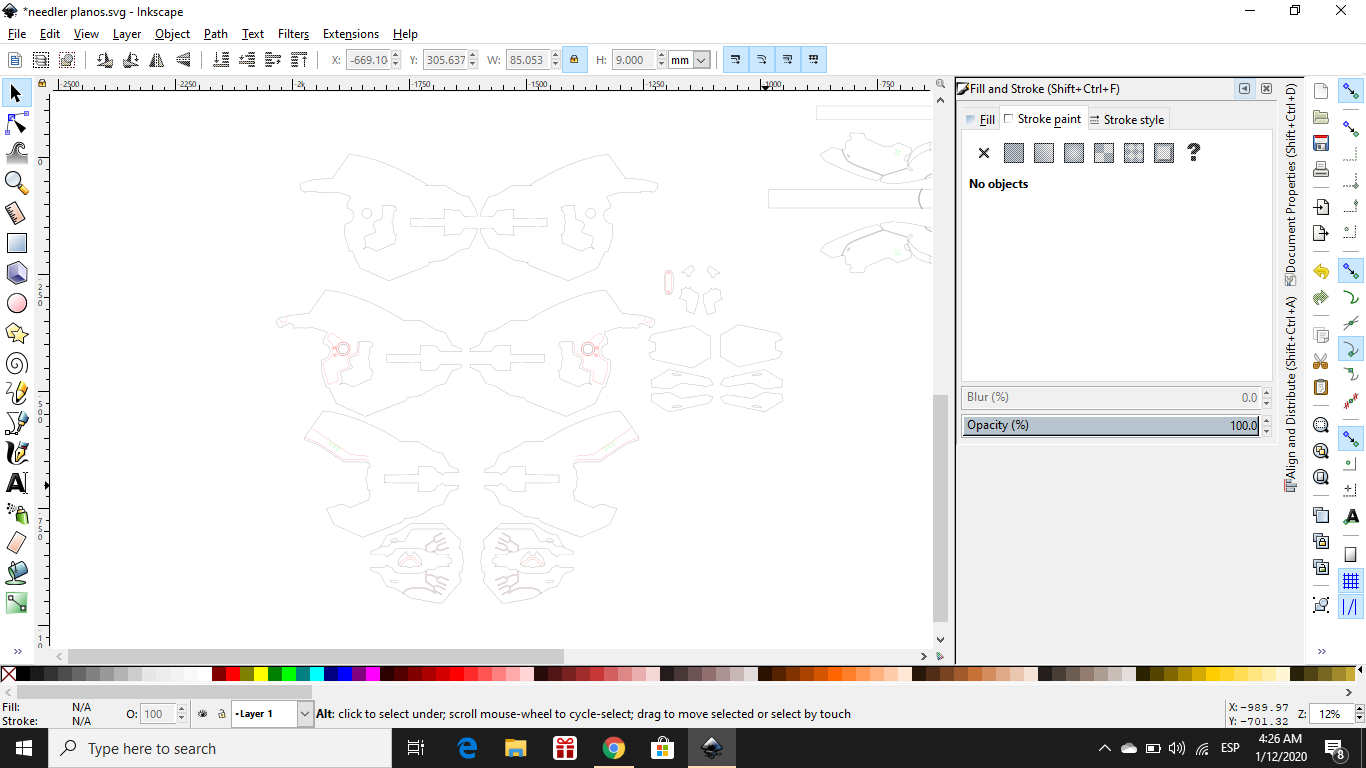 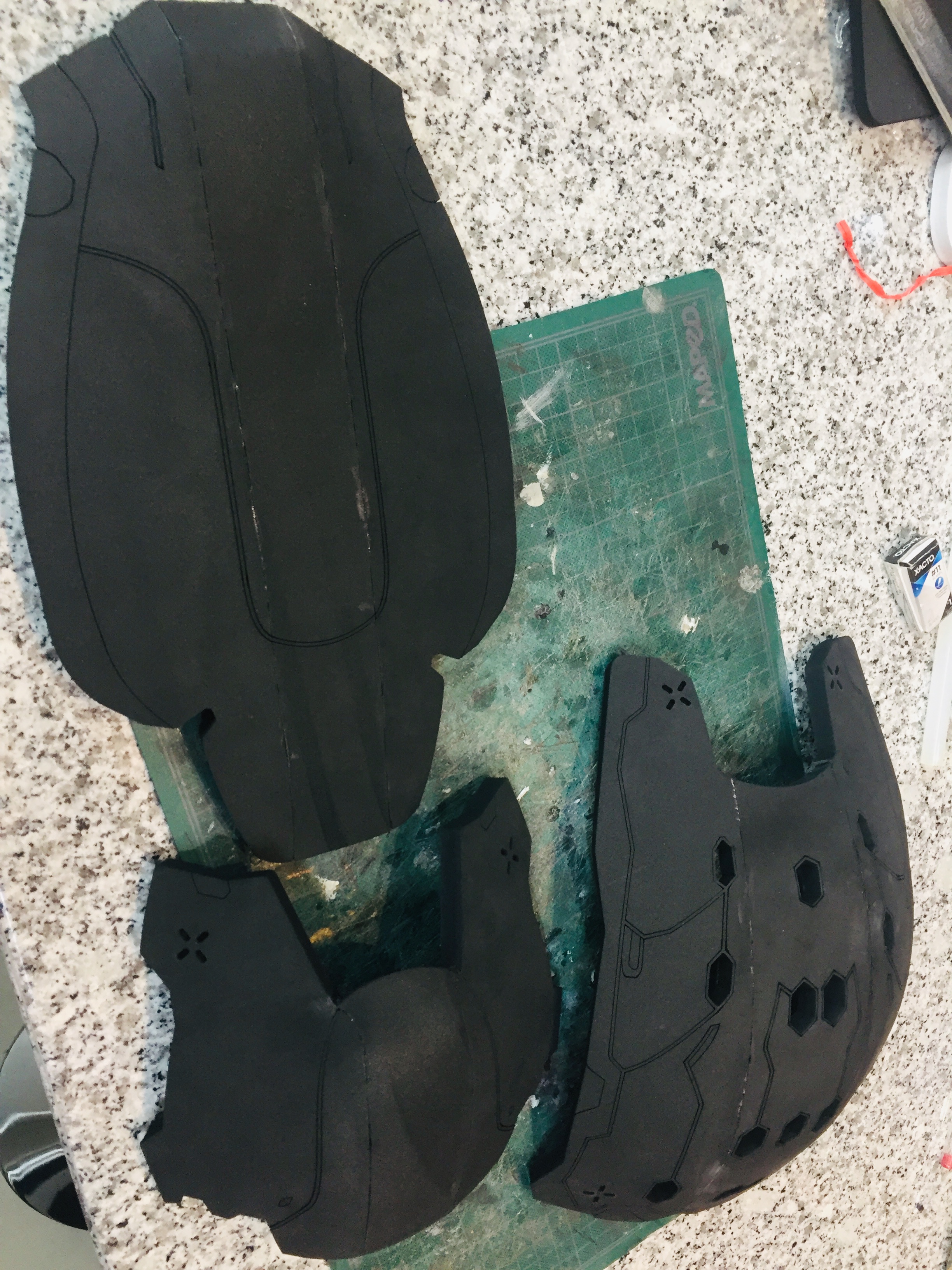 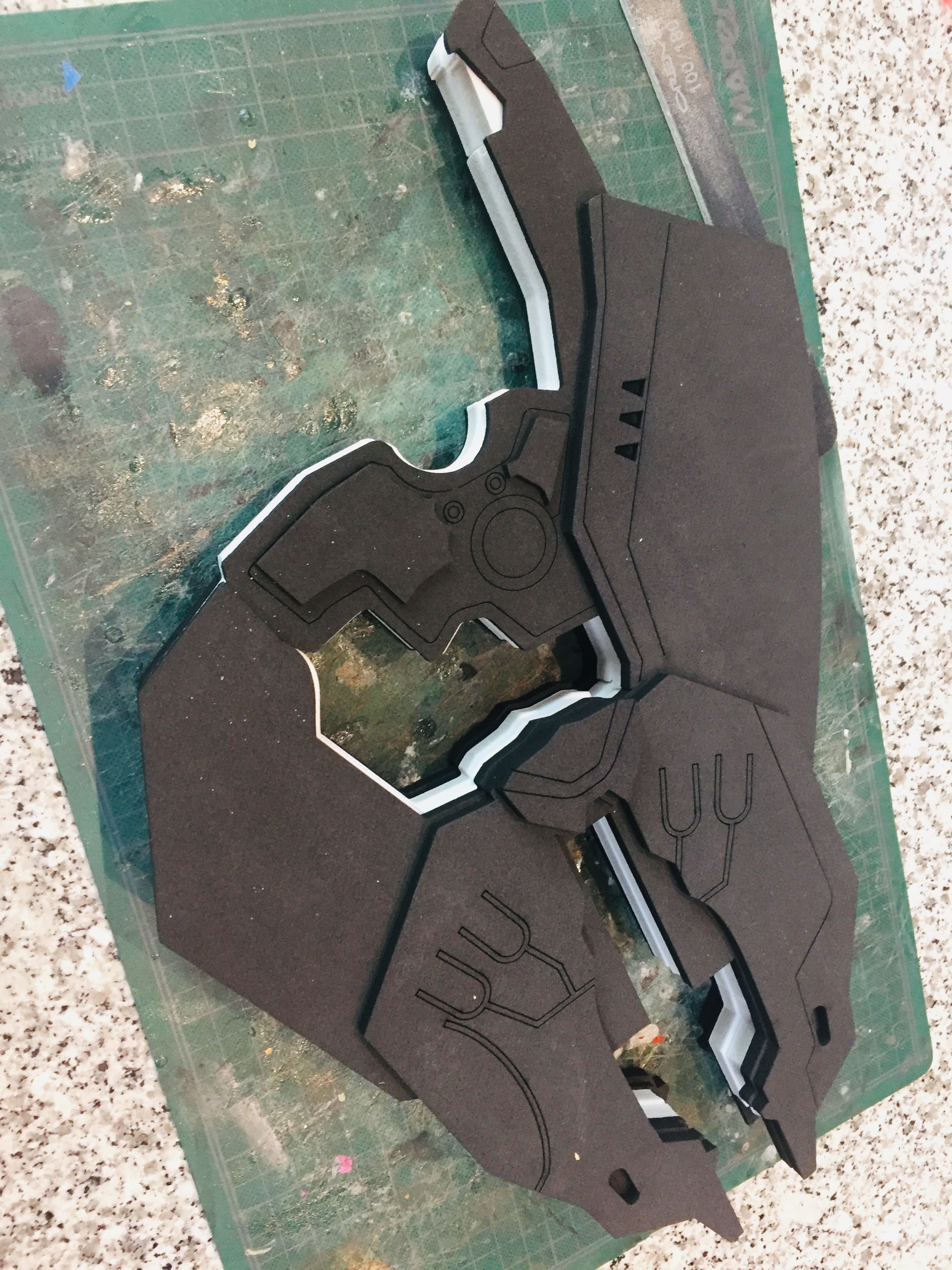 I started to test out the lights as well 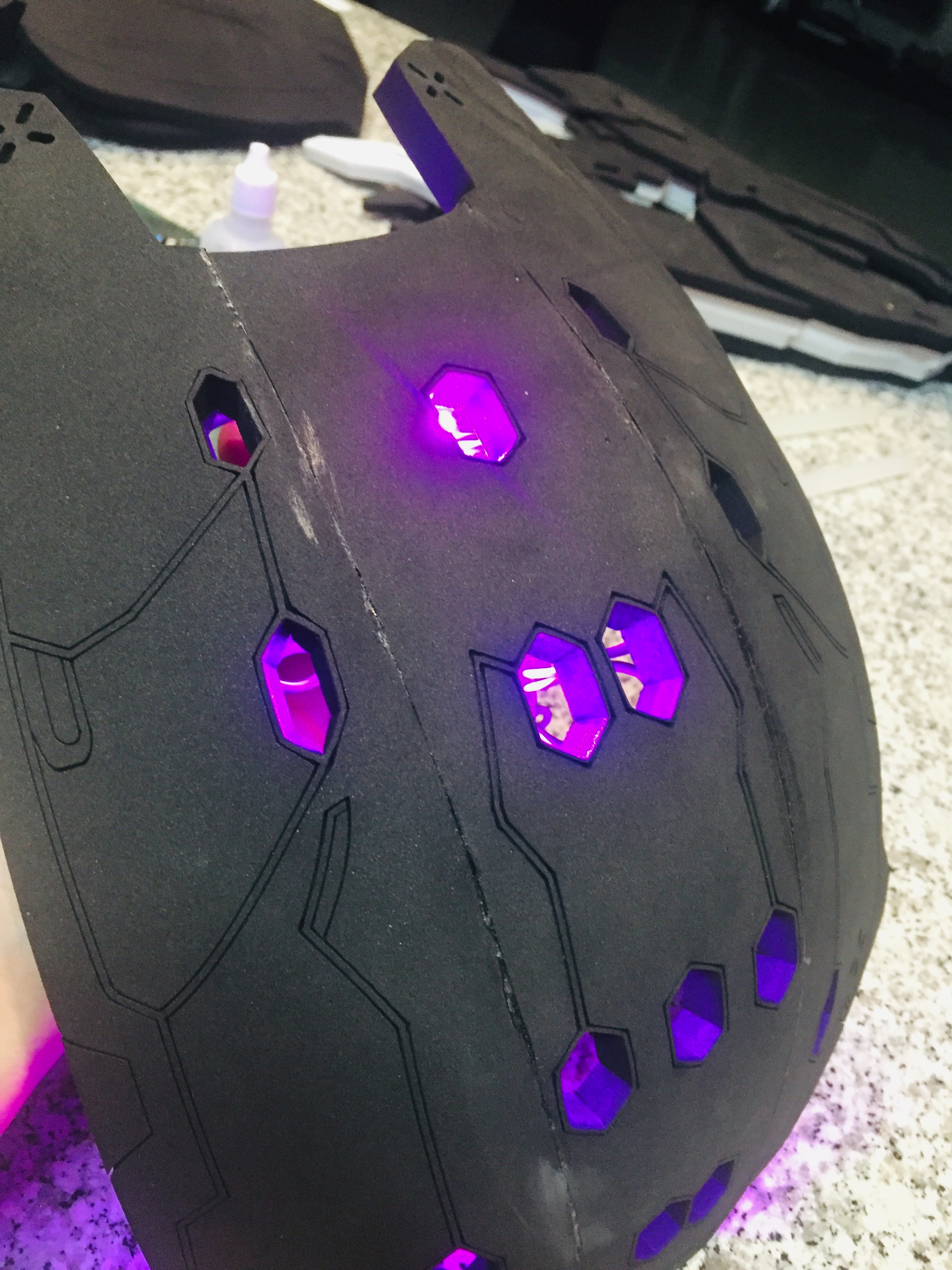 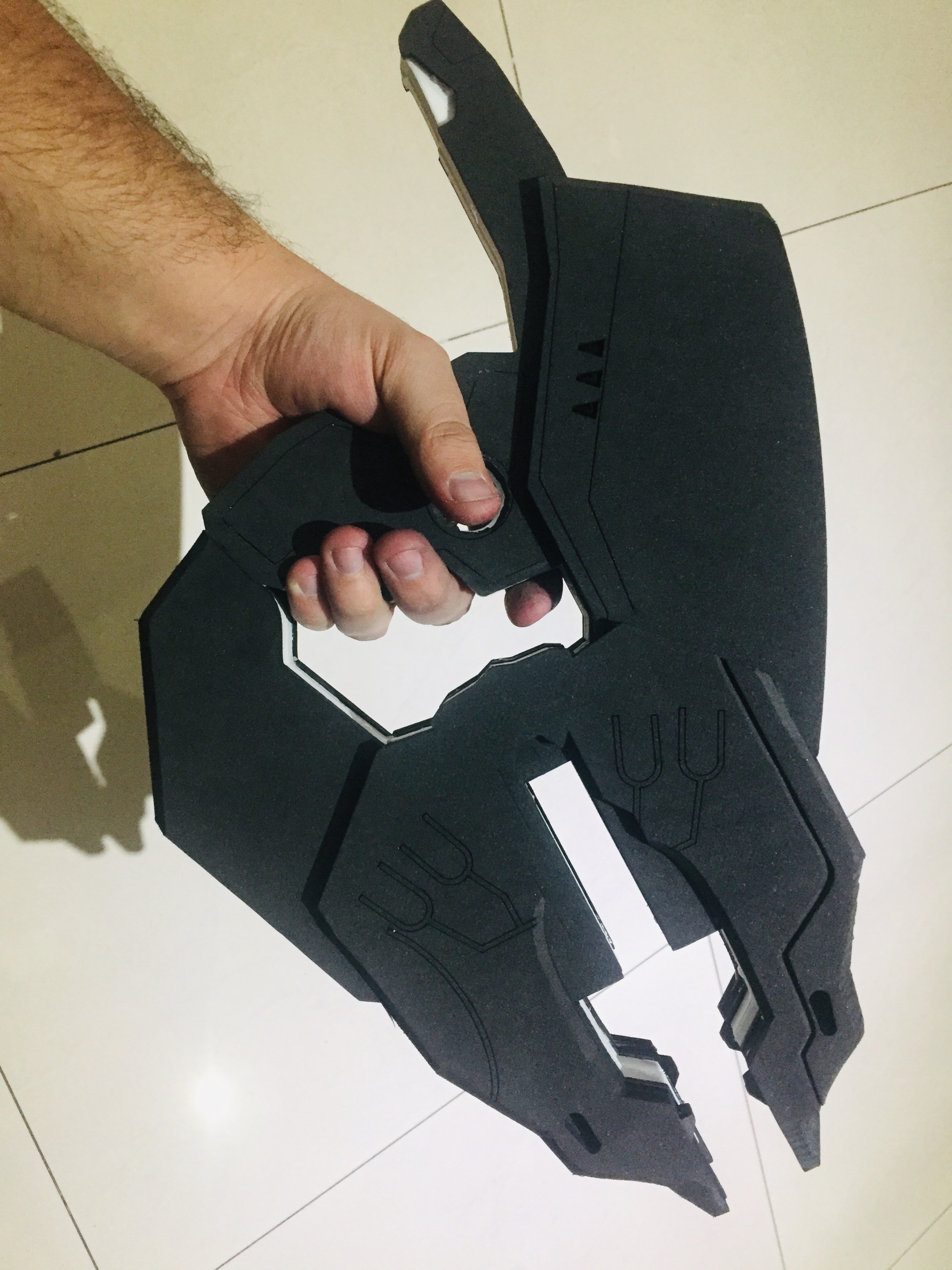 My heat gun died, and while it’s being repaired, i heatformed the shells on the stove... which was a stupid decision DO NOT DO THIS
Still, they came out pretty good
I still need to do a lot of sanding and finishing on the body of the needler 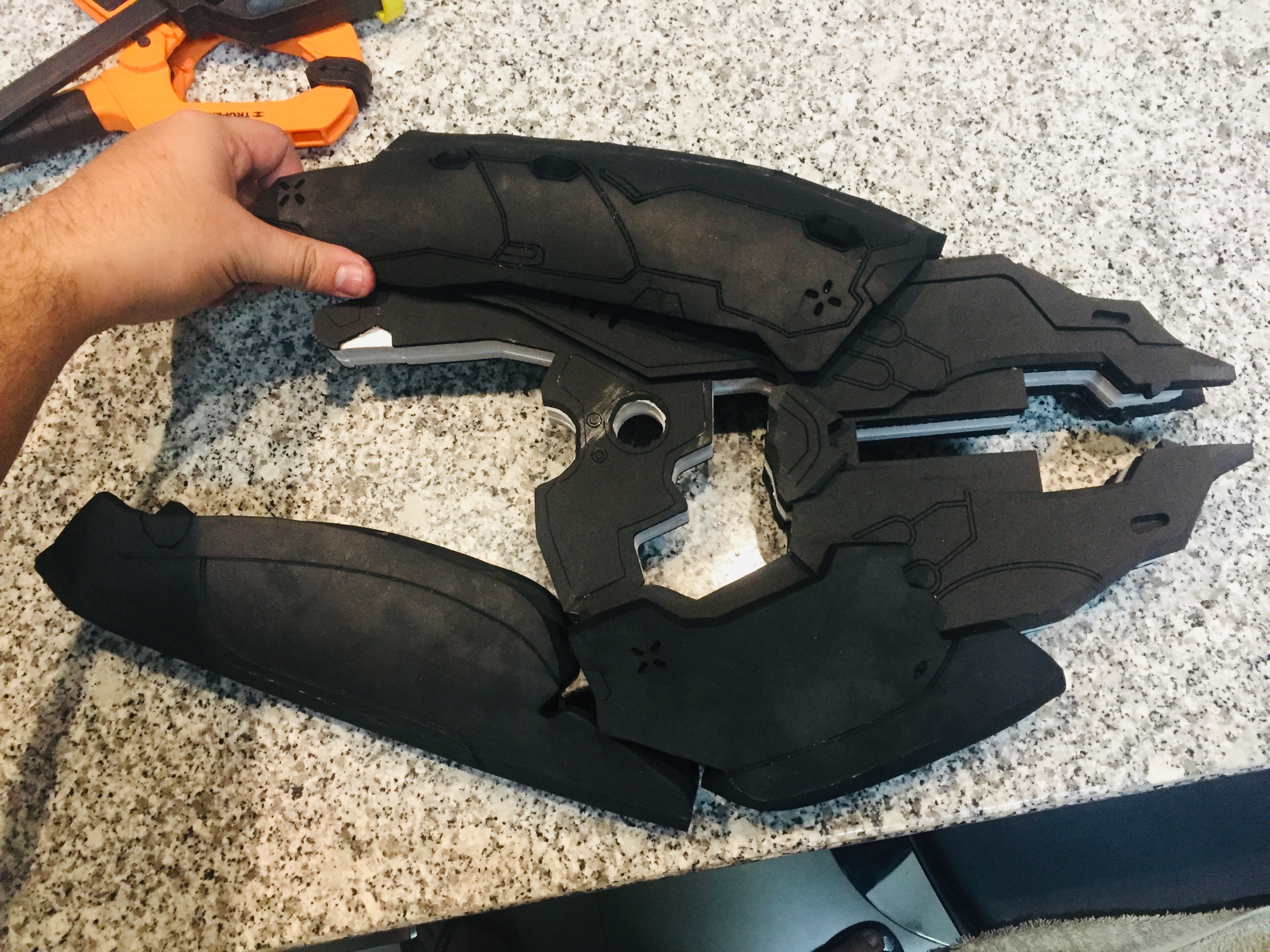 Southern Regiment
This is so beutiful! I need a laser cutter now!

Yup yup laser cutter next on list. God dang that is smexy. 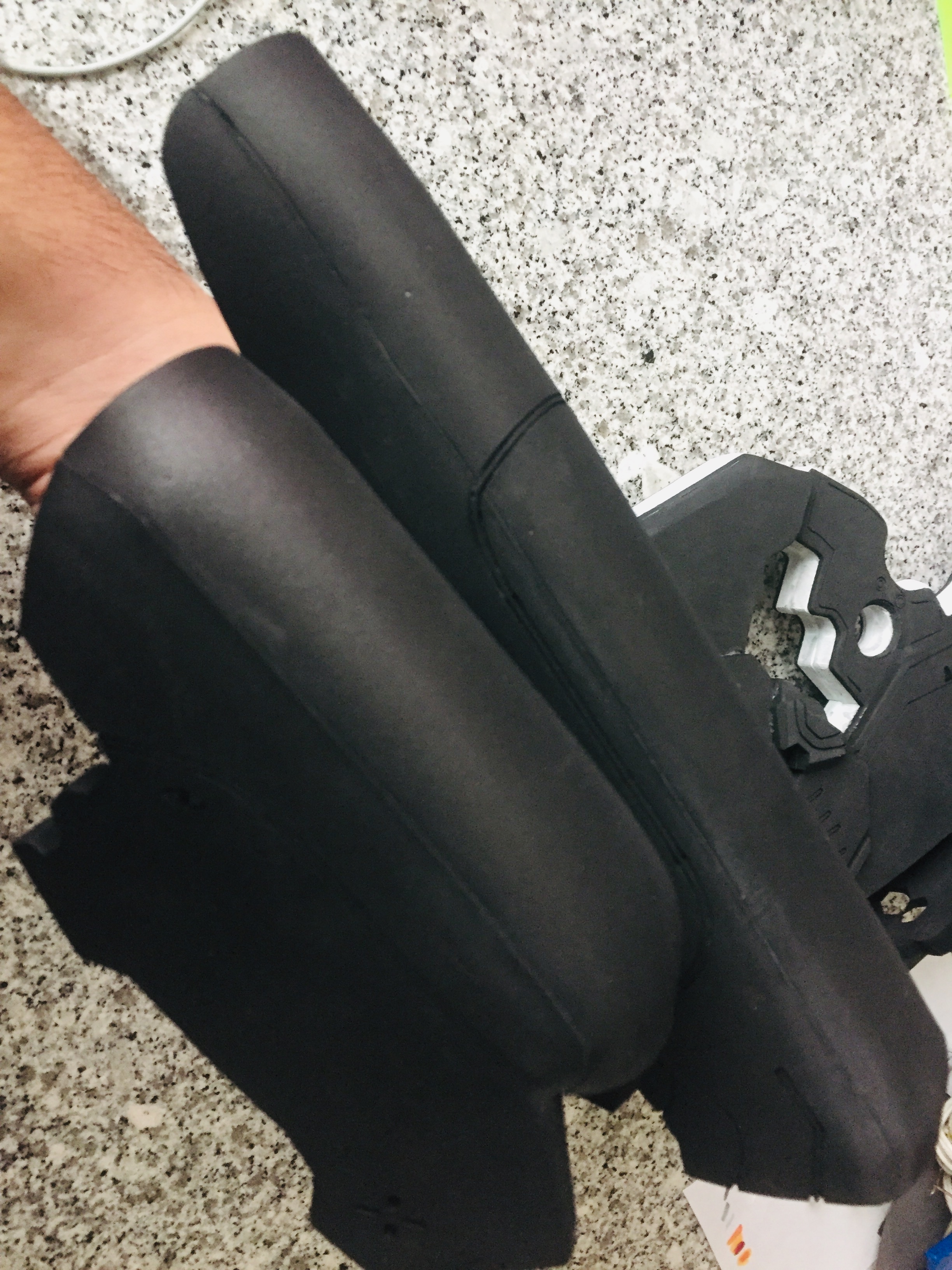 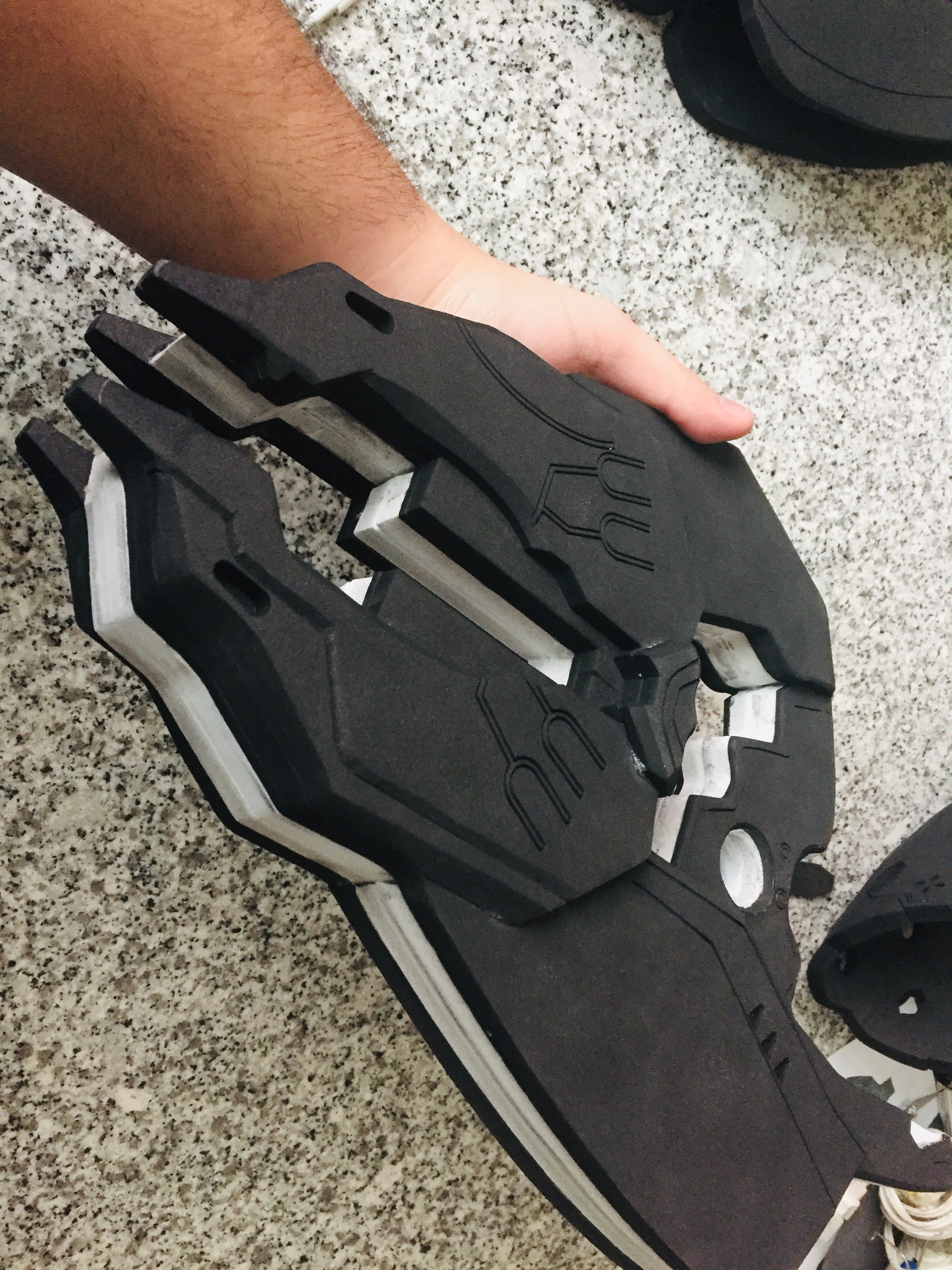 And heat sealed everything 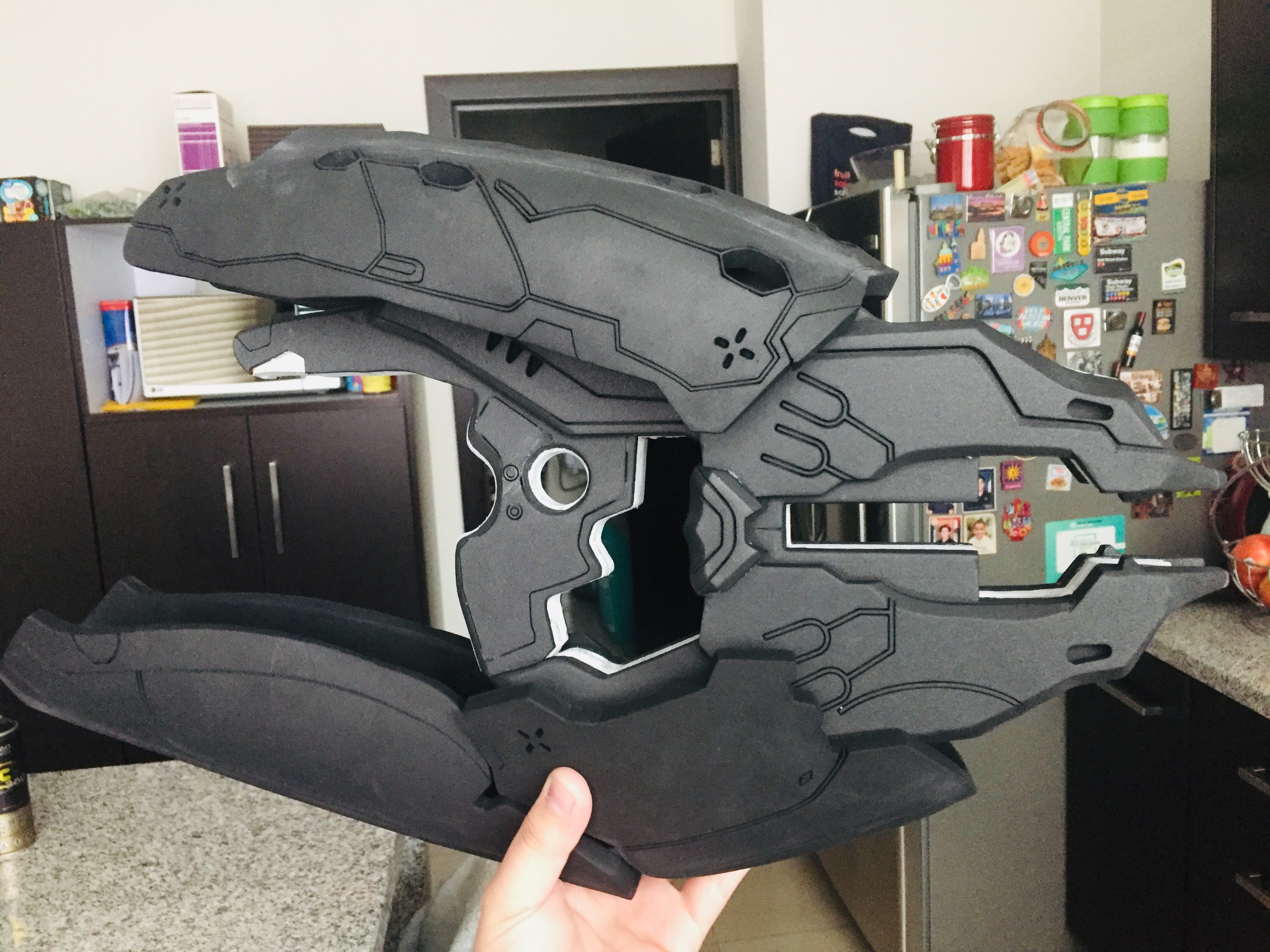 Australian Regiment
Those super clean cuts make me drool. What laser cutter do you use?

PlanetAlexander said:
Those super clean cuts make me drool. What laser cutter do you use?
Click to expand...

The one on my university’s prototype lab is a Camfive brand laser cutter
I wish i actually owned one myself, but that’s too rich for my blood haha

Mexican Regiment
405th Regiment Officer
Ok, big update on the build
I did about 3-4 coats of plasti dip, then silver for the main body 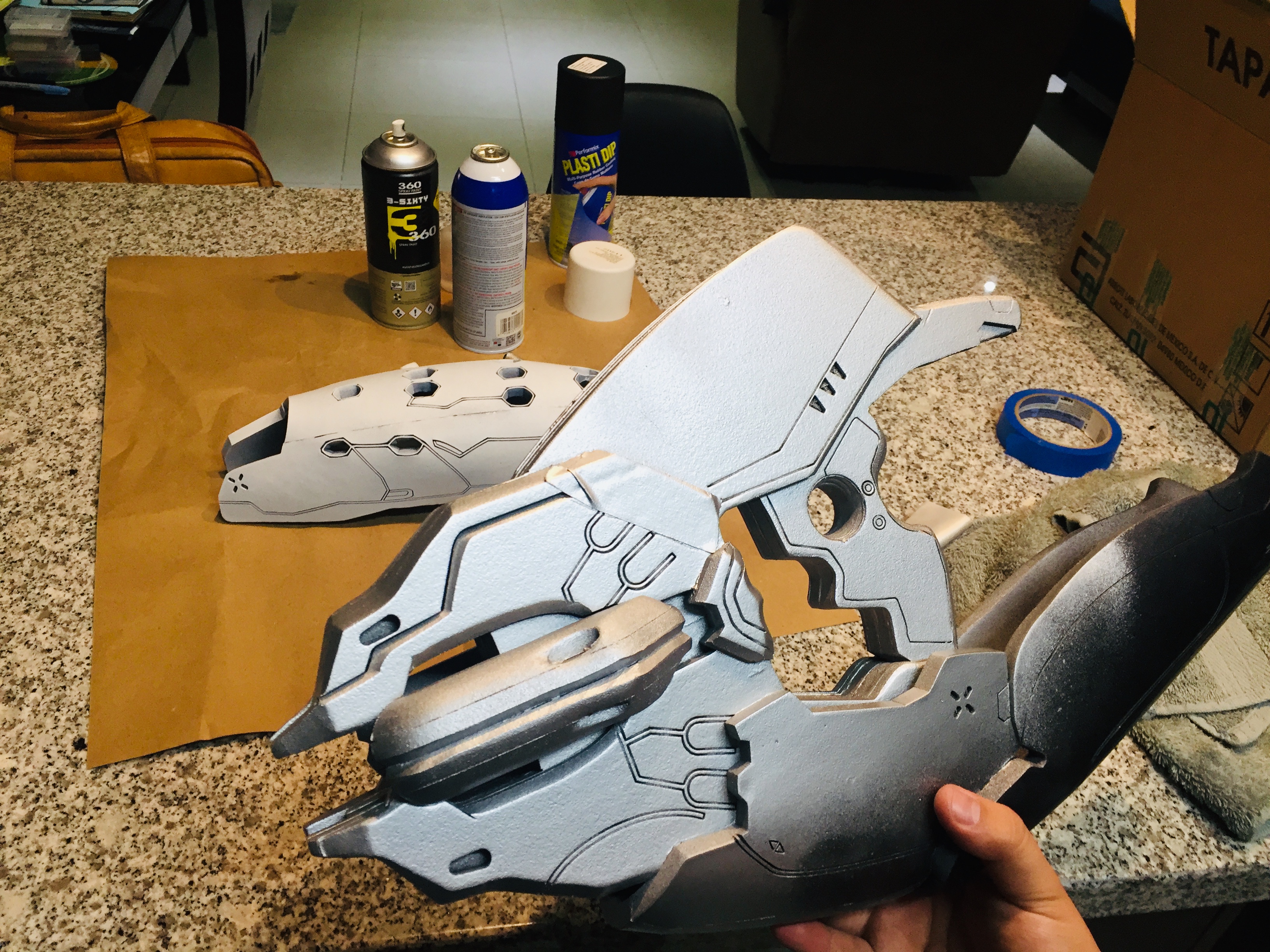 After that, i did a couple coats of a spraypaint color my client chose, a blue with a very subtle hint of purple 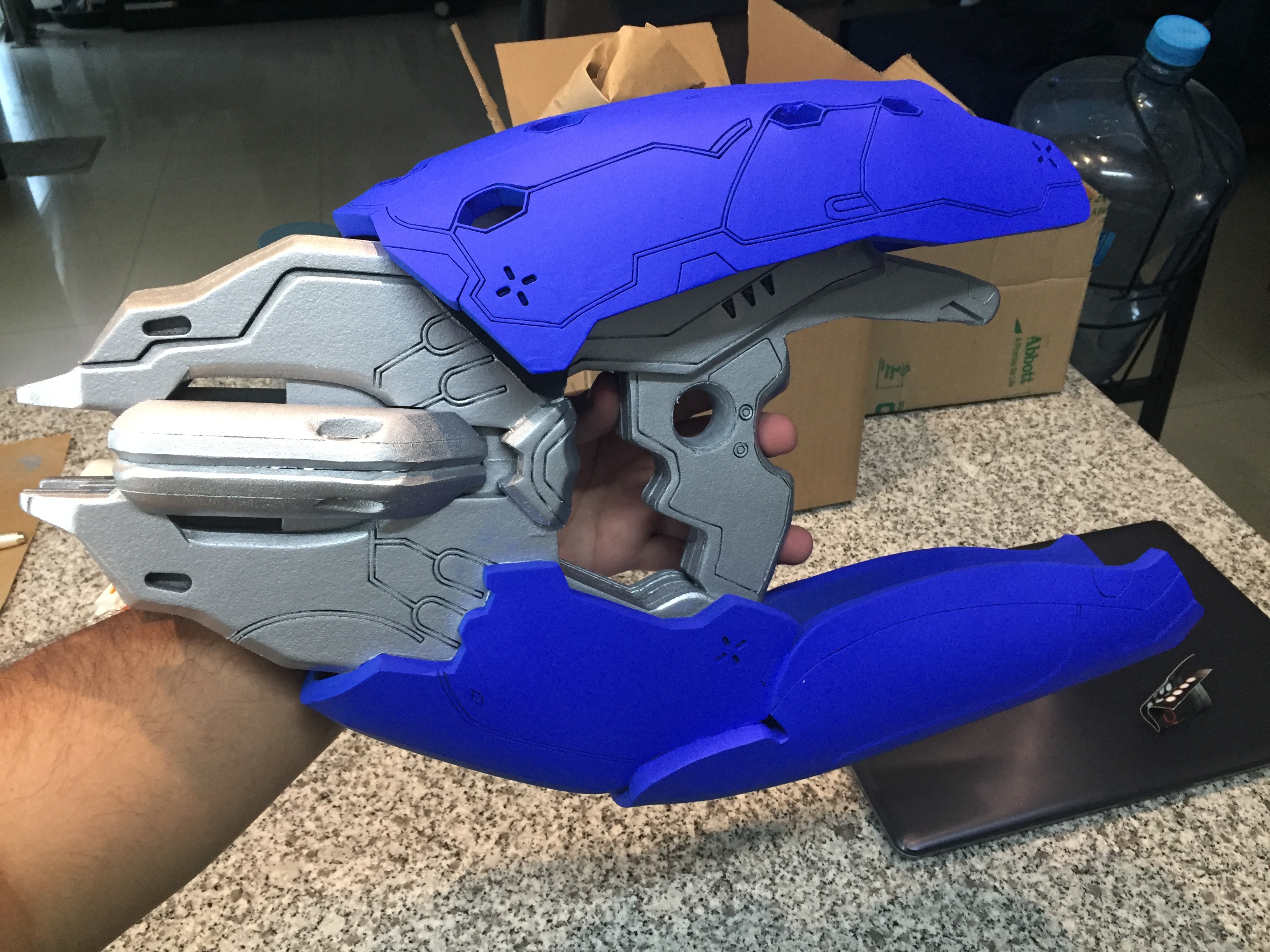 Then, i put the meedler on hold for a little while, because i needed to get into crunch mode for a few other commissions
yesterday, i finally continued hand painting
-I used a mix of silver with a few drops of white for a few details on the shells and handle
-Dryburshed some black on some of the laser engraved details to make them pop out more and to do some shadows wherever pieces overlapped (like, where the shells meet the main body of the gun)
-Very very lightly dryburshed silver on the shells
-I also went back and dryburshed black on a small spot to make sort of a scorch mark, and painted a small but more noticable scratch with a silver paint marker 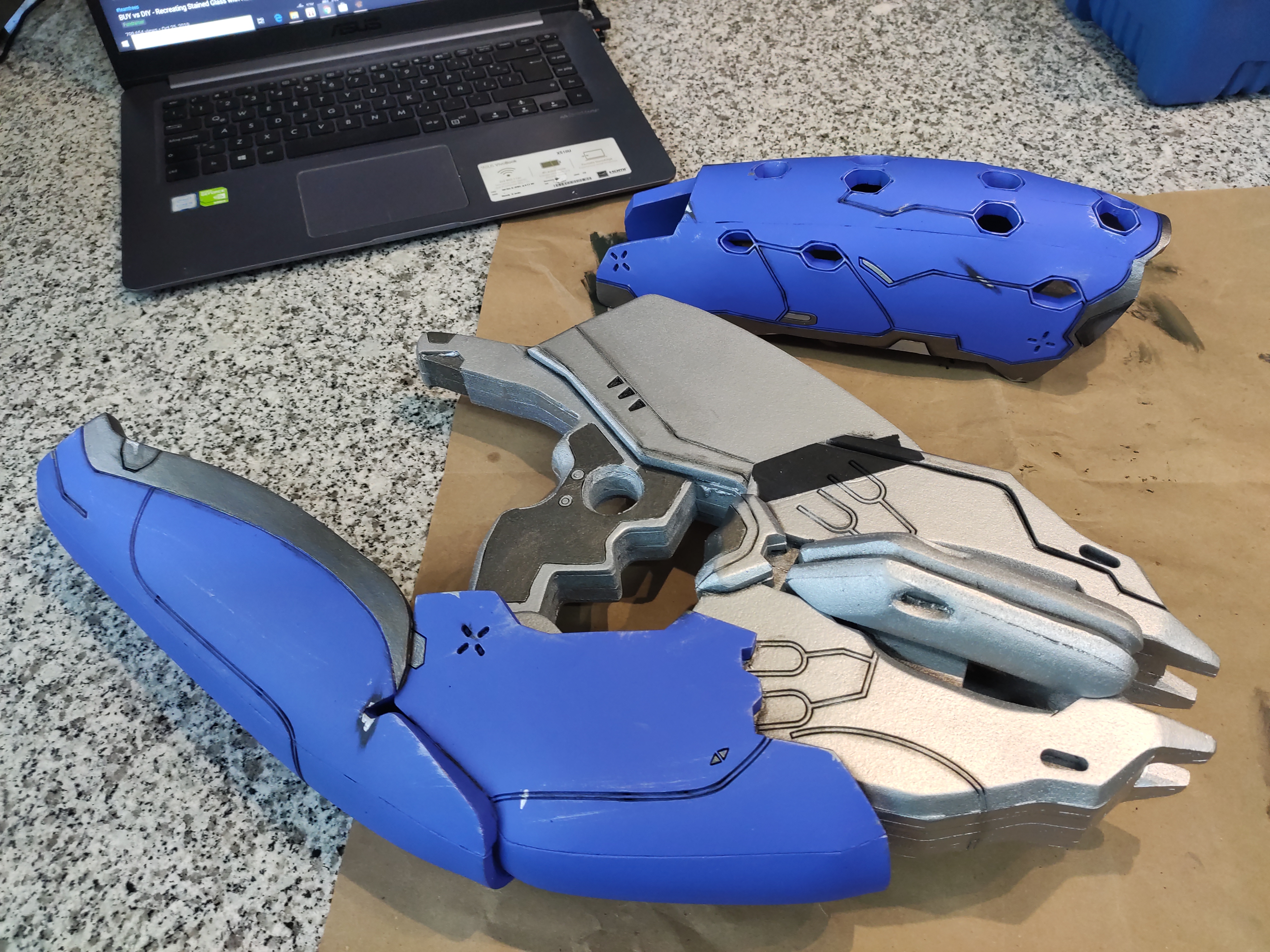 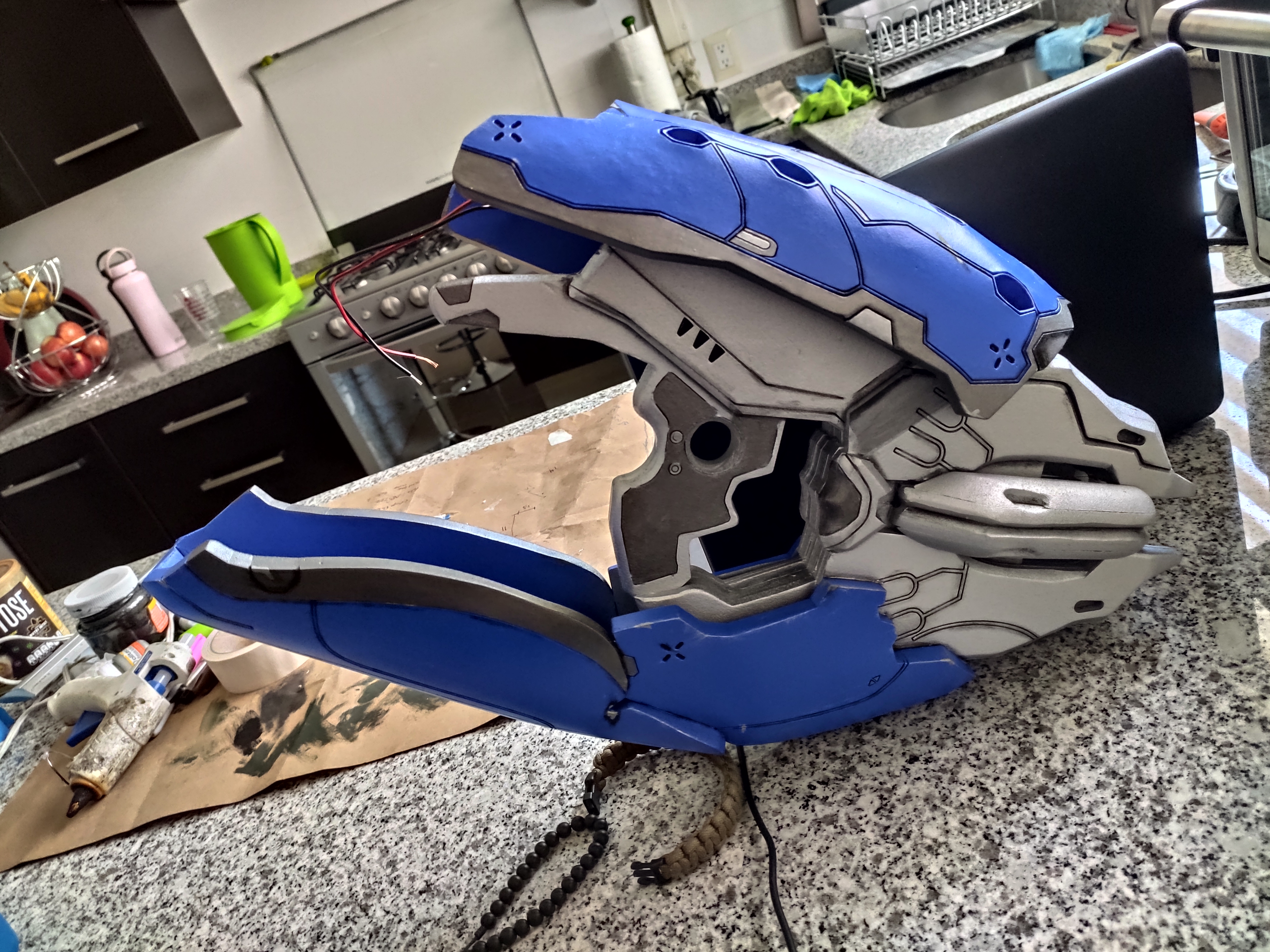 After that was done, i had to start what i've been trying to avoid since i started the build, the needle spikes
Now, i tried to use hot glue sticks, but it just wasn't lighting up, and they just didn't look that good, so, i rushed out to find a solution
I ended up buying a small sheet of pink translucent acrylic 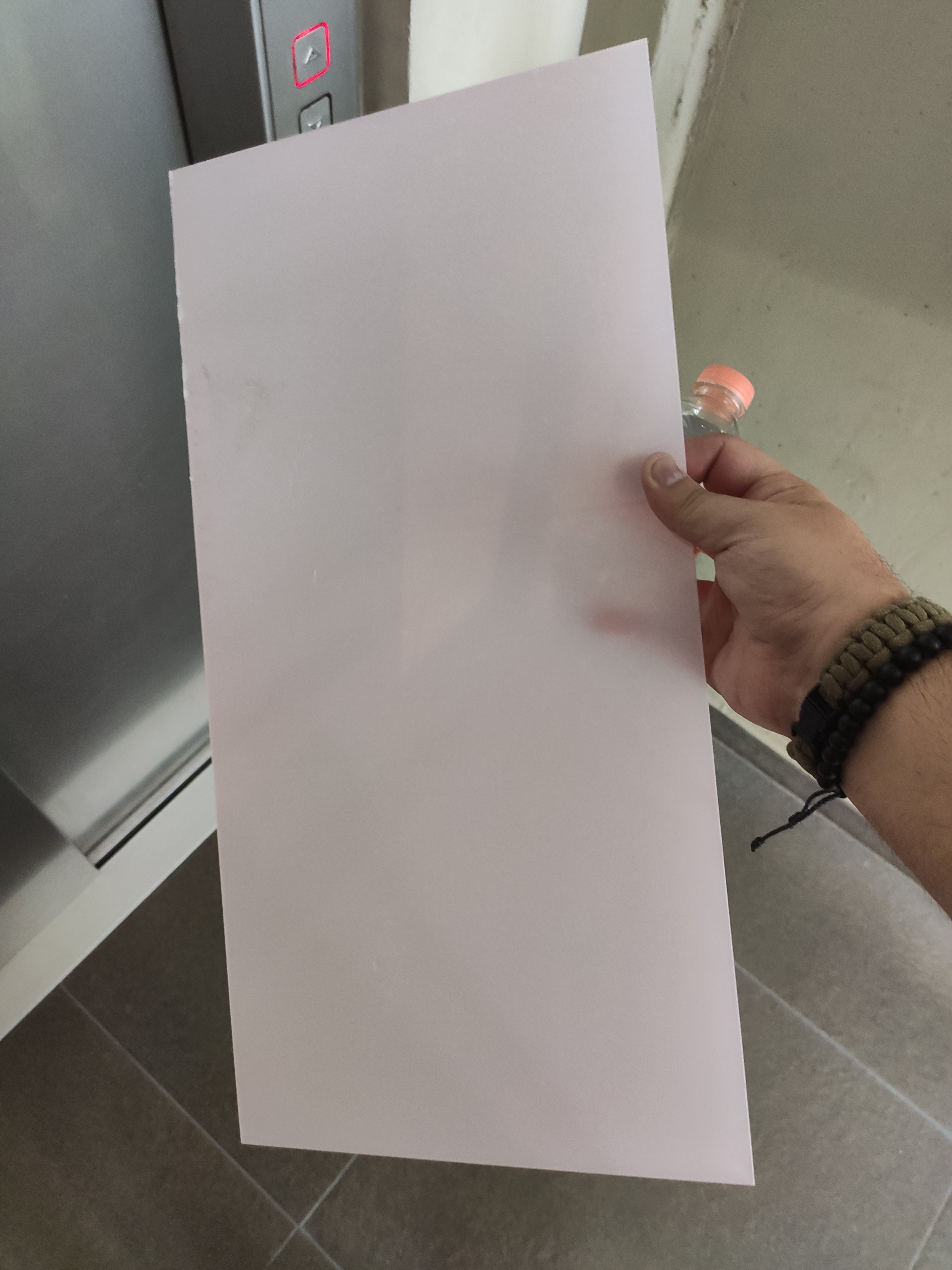 While i was mentally preparing myself to start working on the acrylic, i started to glue the LED in place inside the upper shell 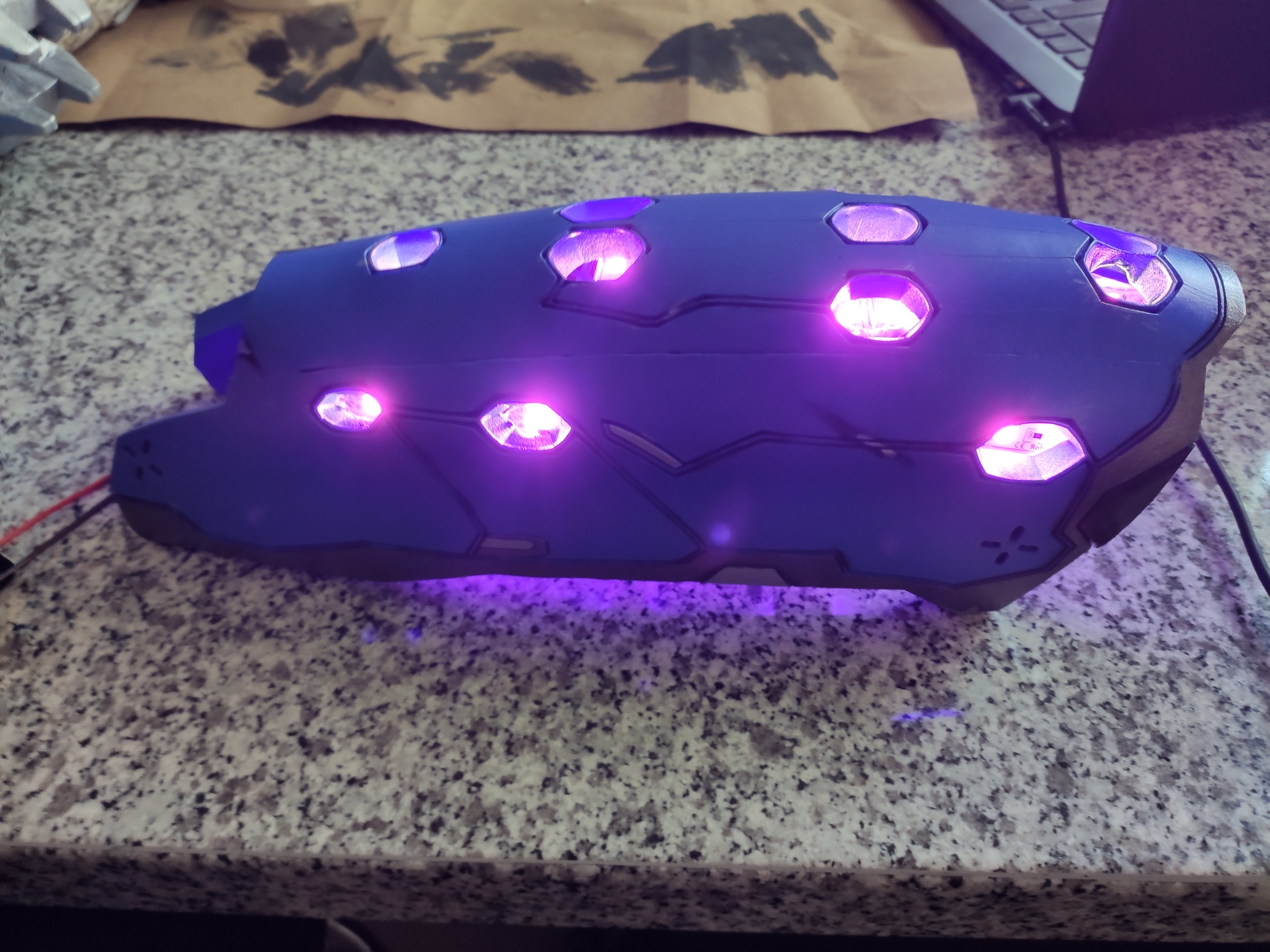 After that... It finally happened, the only time i've un-ironically quoted the new star wars movies... "I know what i have to do but i don't know if i have the strength to do it"
So, i started cutting the acrylic, into thin segments (1.5cm x 13cm i think)
Then i started to glue them together 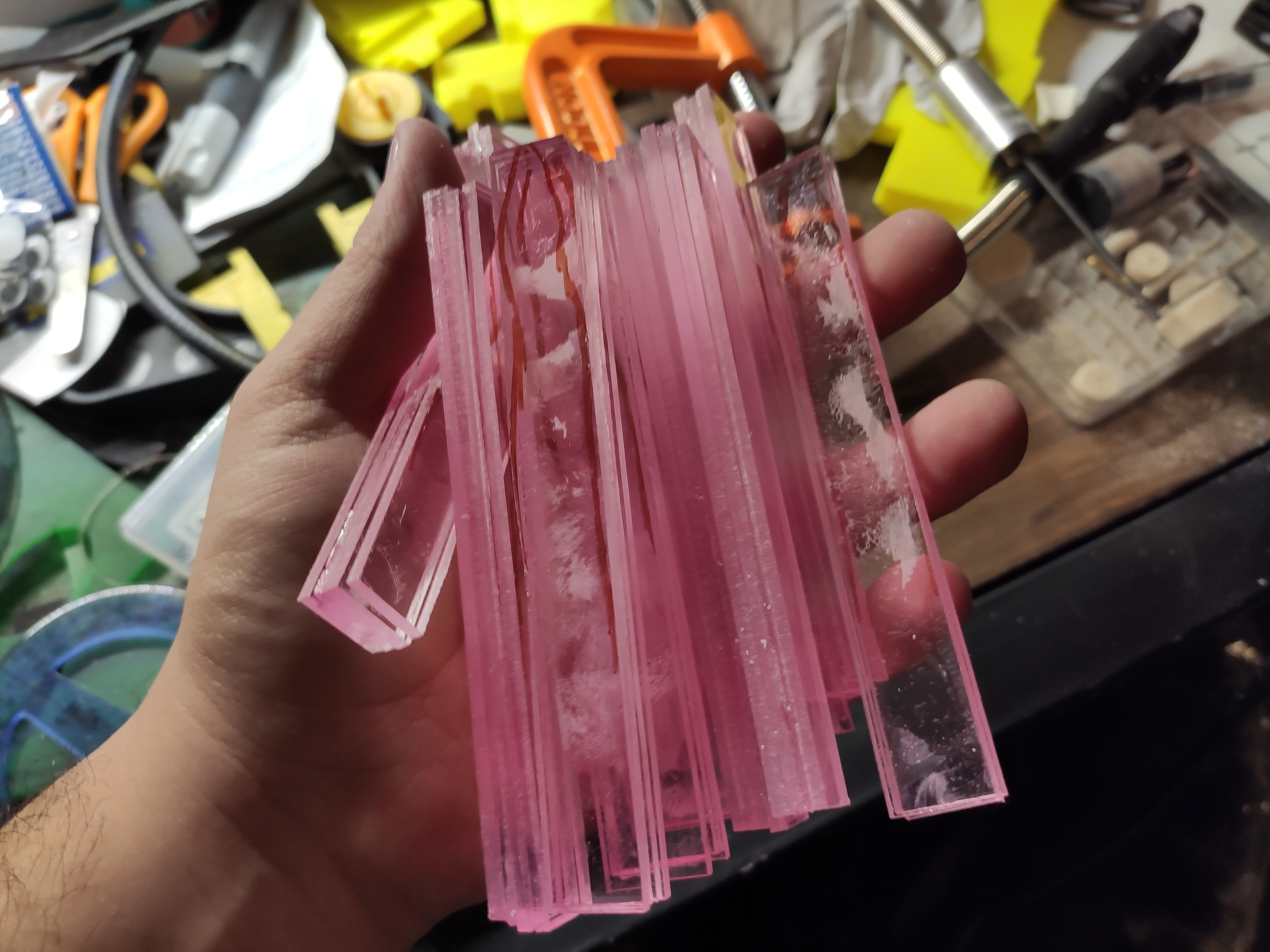 I drew some vary basic spike shapes on them
I got back home from a party, and got to work on the needles
Now, i only worked on one so far... This was at 3 am on a thursday, i really shoulnt have worked on anything involving power tools at the time
But, i NEEDED to know if my plan was gonna work
So i carved the F out of one of those acrylic blocks with my scrollsaw and dremel for 10-15 minutes
The resulst were kinda nice 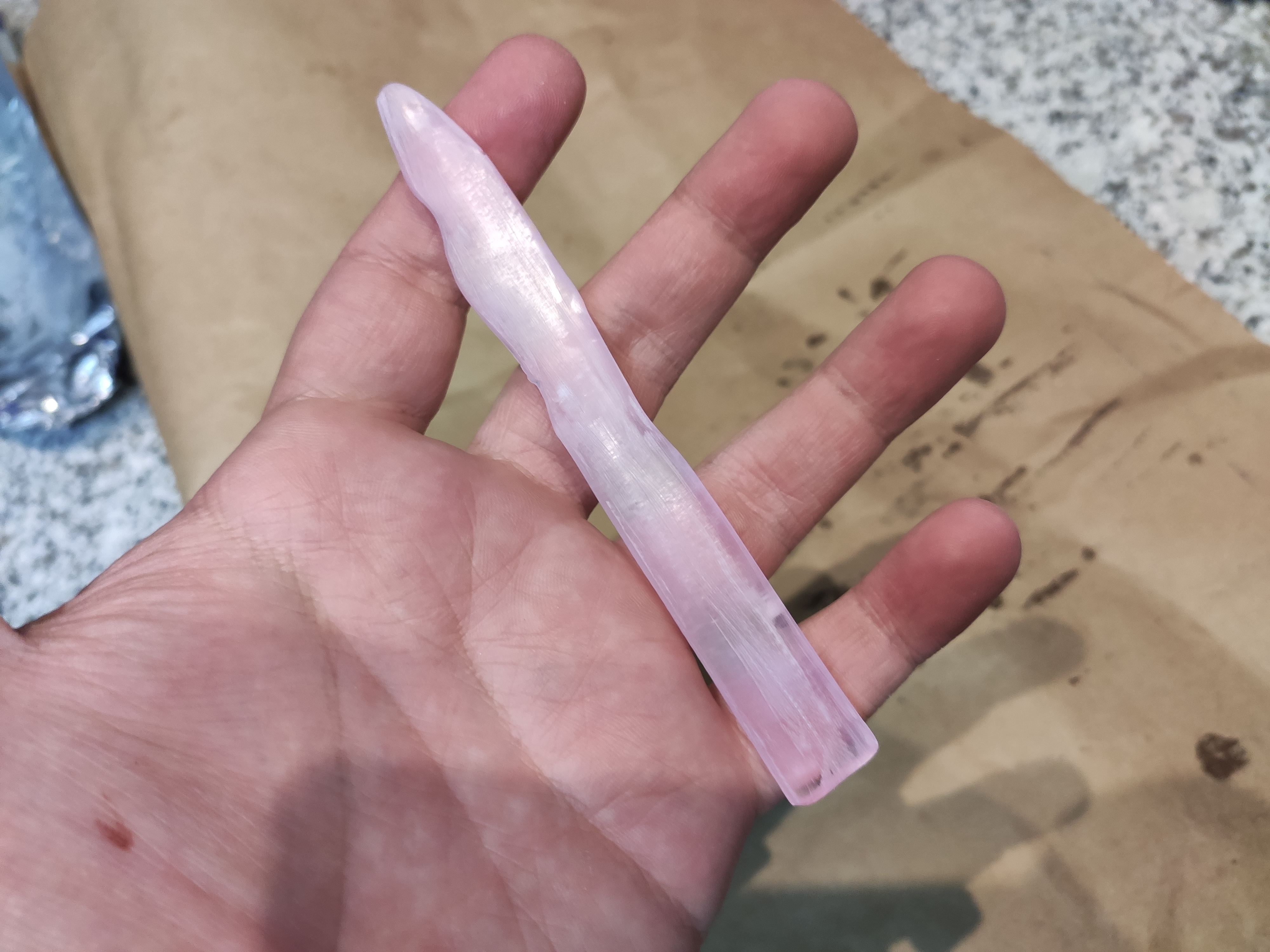 Now... Moment of truth... Does it light up properly? 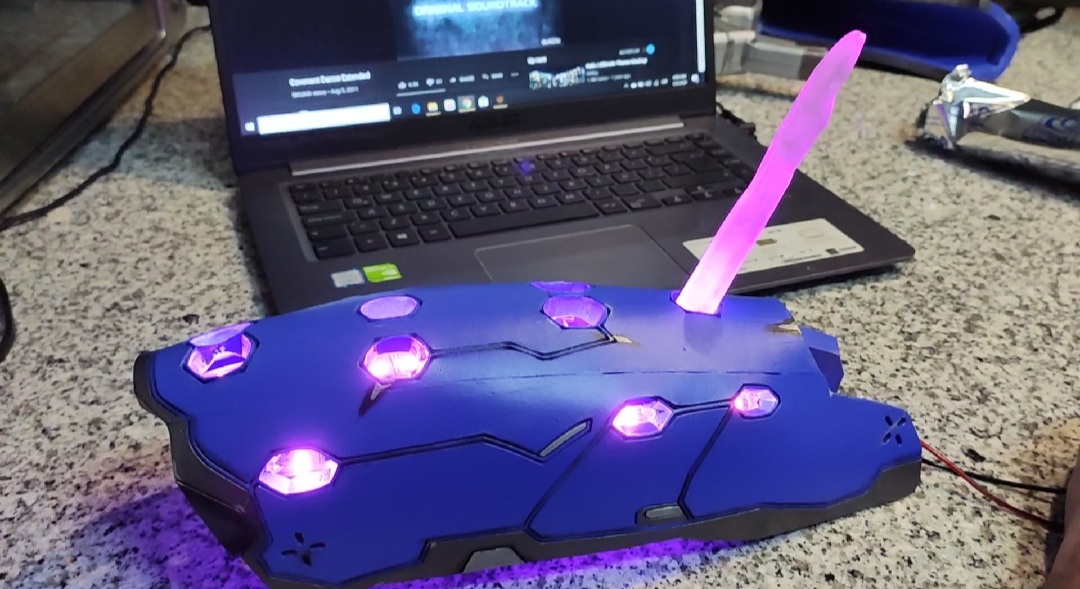 Hell yeah it does!

Now, i could finally rest easy, knowing my plan worked...
Now i need to do 13 other spikes, but thats a problem for future me 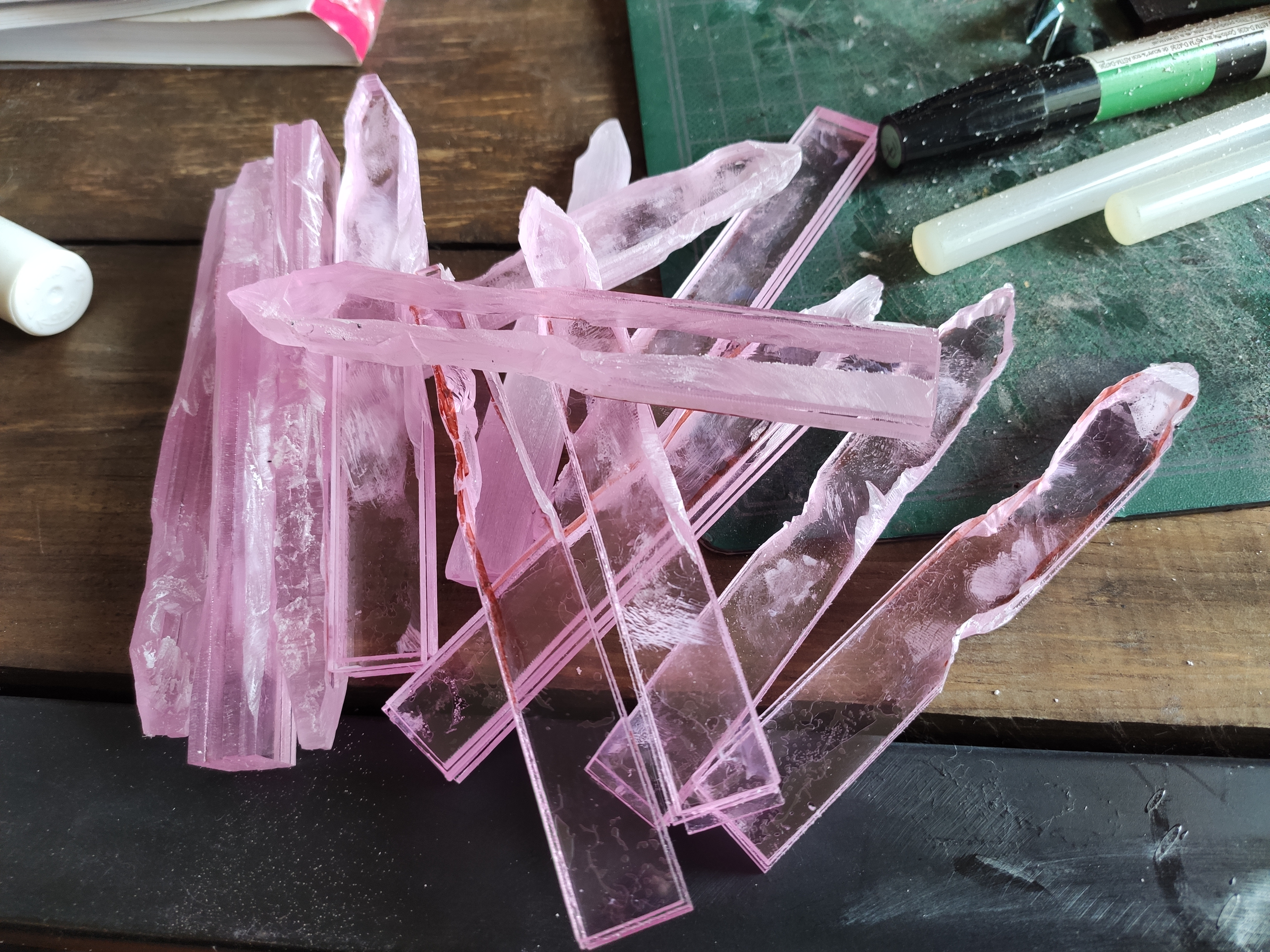 Mexican Regiment
405th Regiment Officer
4 sanding drums torn, 3 times a piece of acrylic sneaked it's way trough my safety glasses into my eye and 3 1/2 hours of sanding later
The spikes are shaped 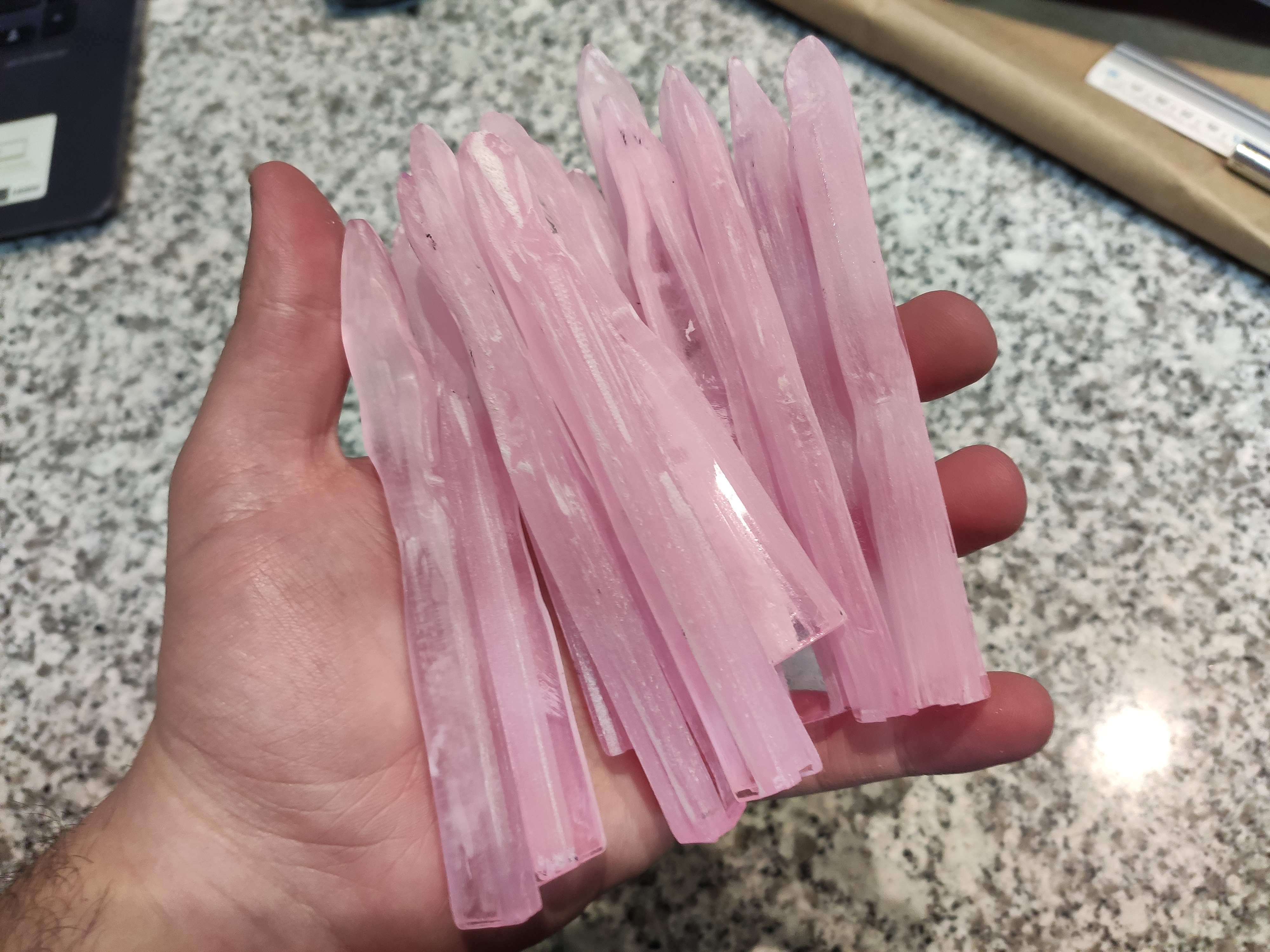 I still need to sand them a bit by hand, just to make them smoother

Mexican Regiment
405th Regiment Officer
I did a quick test before heading out
Tonight i'll assemble the battery holder and switch, and glue the spikes in place 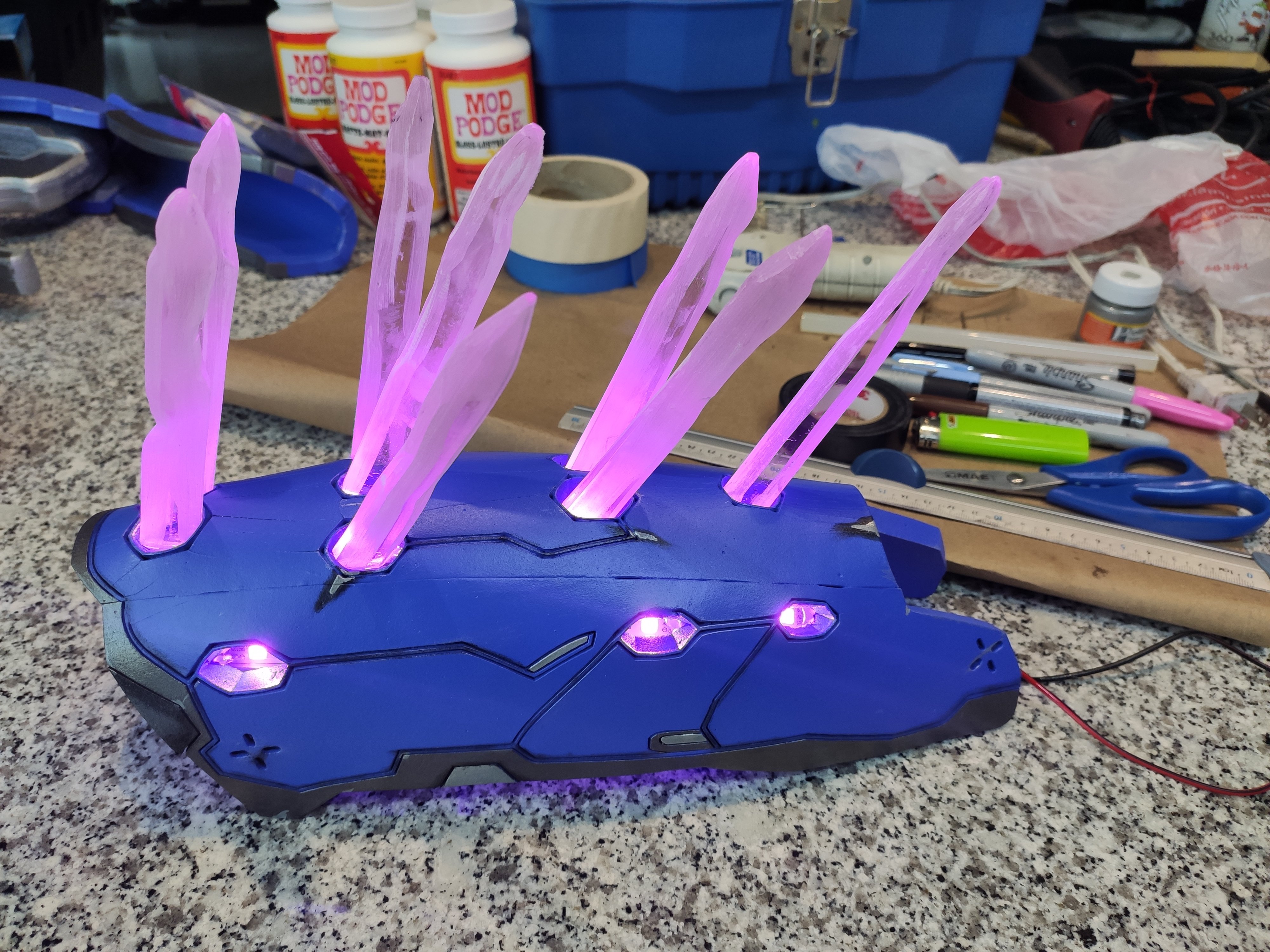 Australian Regiment
Just... just... looks so damn AMAZING! Those needles came out brilliant! Will you try and make them more transparent by sanding them smooth or will you keep them rough (I actually like them rough)?

PlanetAlexander said:
Just... just... looks so damn AMAZING! Those needles came out brilliant! Will you try and make them more transparent by sanding them smooth or will you keep them rough (I actually like them rough)?
Click to expand...

Thank you!!
I'll smooth the texture a little bit, but i'm trying to keep them opaque enough for them to light up nicely

If i ever make a second one, i'll laser cut a standard crystal shape and bevel the edges
making all of them random out of a square block was painful XD

Mexican Regiment
405th Regiment Officer
It is done
I need to sleep, but i also really need to show this 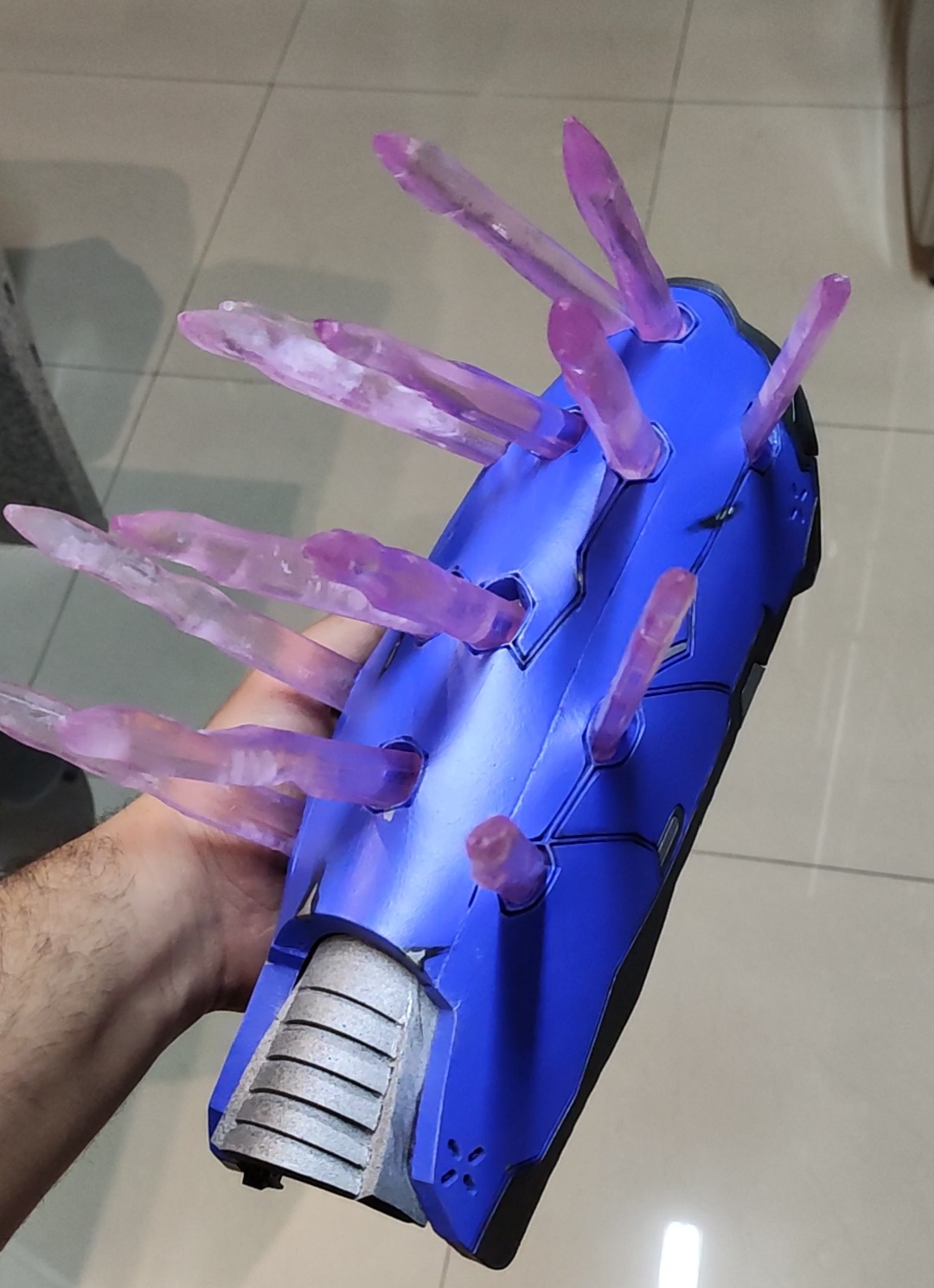 And its so Bright! 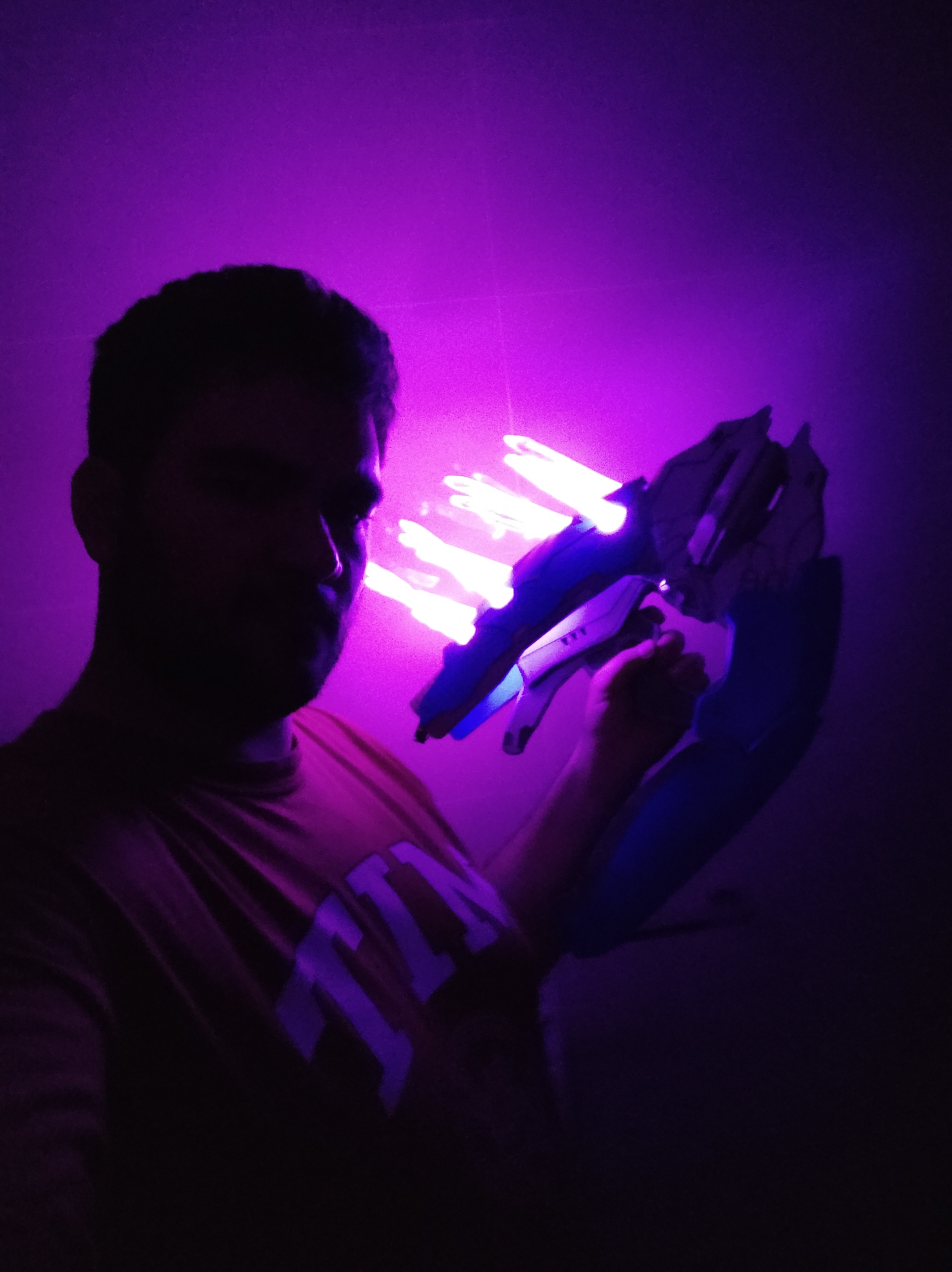 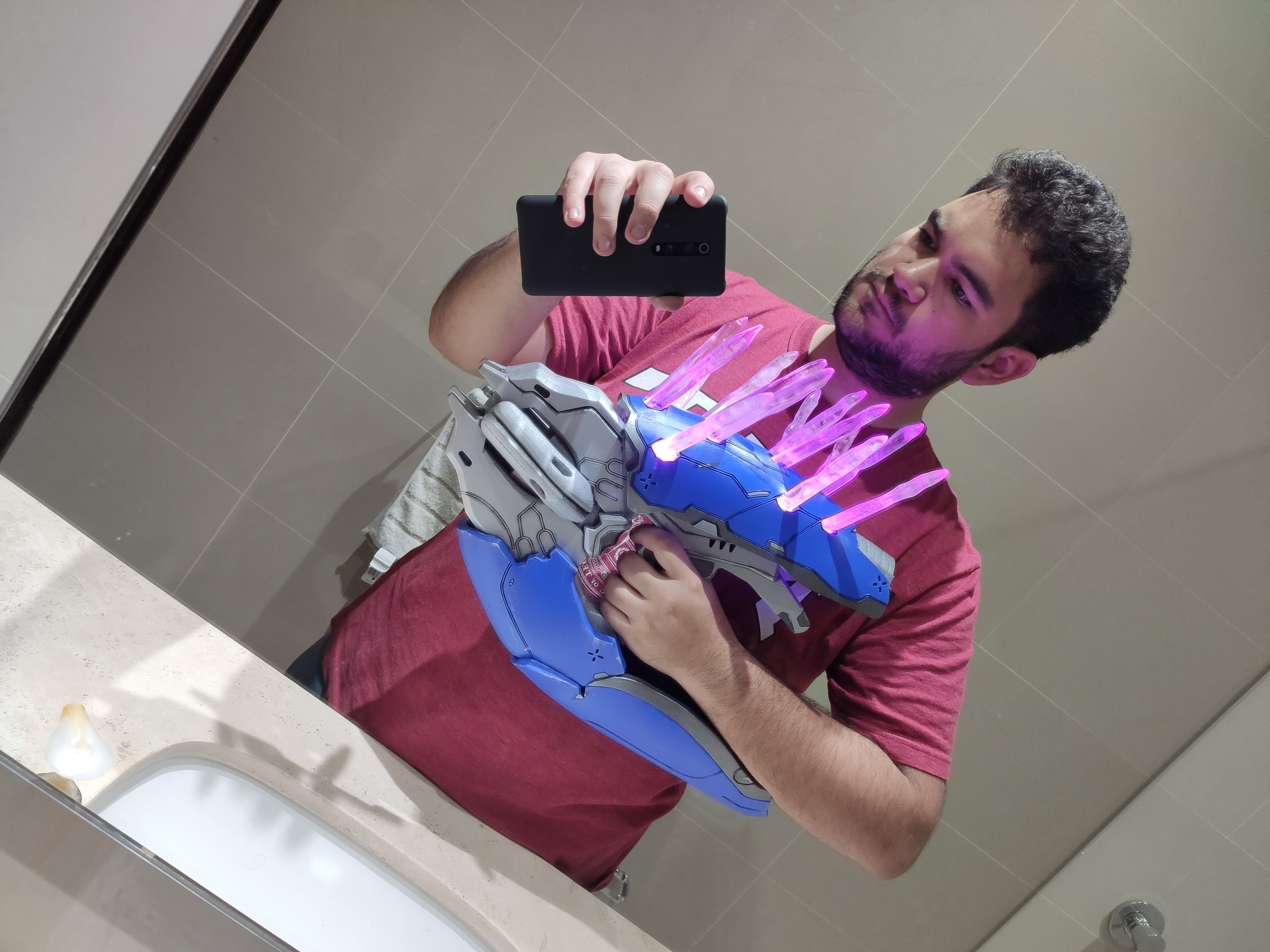 Mexican Regiment
405th Regiment Officer
Here's the finished pics of the build!
The needler has been sent to the guy who commissioned it!