HALO SPACESHIPS, 3D printing all kinds of ships in the Halo array

European Regiment
Would like to see a Covie-Destroyer!
Love the Ardent Prayer - Beautiful Ship.
Great Work so far from you. Have been watching this for quite some time. There are so many amazing things apart from suits someone can make.

The poll ended with three votes. Each one of them for a different ship or thing.

I have good news tho,
Because they are all not too big except for the CPV. I'm going to build all three of them
luckily you guys didn't choose bigger ships, otherwise i would have to print a lot more

[Update 1.3]Time to polish a diamond
Last month I experienced some difficulty with my ender 3 as there were some issue’s with Y-axis Stepper motor, the X-axis belt, and some smaller extrusion problems. After almost 6 attempts I finally managed to print the last part and started printing the escort group made out of 3(or 4) SDV-class heavy Corvette`s(whom at least one will be Swords of Sang Helios).


Current status of CAS 3.0
The ship is now almost 100% printed(except some smaller details) and I have to say what a HUGE ship she is. Until now the most difficult part was that so called ‘Neck’ part of the ship as the internal shear forces are pretty big at that point which made assembling that part a huge pain in the ***

However by adding two internal brass bars the construction became a lot stronger and filling up the internal parts of the ‘neck’ with construction cement made the overall construction also a lot stiffer. I tried to make the construction as stiff and strong as possible in order to prevent breaking or deflection over time. For the rest of the ship this wasn’t a problem as those parts had a greater surface to process the forces released upon it.

Getting the surface of the ship right is the next phase and i`l be mainly working on that in the comming weeks.

First Instalments
I cut out the centre floor of the ship in order to be able to install electronics. I chose to cut out the floor not only for the electronics but also so that I could add a new main glass beam with more detail. I am currently still developing it but it is already going to be a way better one than the ship currently has/had. credits to Bungie tho for the original one


Electronics Overview
For the electronics I have made up my mind and chose 4 locations which at least have to be lighted. These are the Nose Beam, Centre Beam, Engines, Roof entrance and front ‘thingy’ of the ships core.

In order to achieve this goal and be able to use the centre and front laser beam device as hole`s for a stand to put the ship on I’ll have to do some more work in 3D Builder and Catia.


Possible ways for transmitting light throughout the ship’s hull
I do have been experimenting with some early ways of adding light. The one I currently have as the main option is lighting the PLA and paint everything that should not glow with a black primer before painting the ship. I`m convinced that this is the easiest way but If you guys have any idea feel free to let me know.


Fleet News:
I`m currently almost done with printing the SDV`s and I am planning the printing process of the CPV Destroyer and the defence platform. At the moment I report the progress on these ships(and platform) together with the CAS updates but hope to give them their own more specific updates in the near future.


For now this is everything I can show you.

Mountain Regiment
405th Regiment Officer
I wish there was a drooling emoticon that was labeled "I want!"

Because I'd use that here.

Mountain Regiment
405th Regiment Officer
I wish there was a drooling emoticon that was labeled "I want!"

Because I'd use that here.

Sean Anwalt said:
I wish there was a drooling emoticon that was labeled "I want!"

Hehehe true
I was thinking the same thing when I saw fleet battles for the first time.

Southern Regiment
I need this for my table top rpg lol just to be like" well now you've gone and done it good, but wait where do you think those troops came from you crest the hill to find." Places ship model on table, "now what you gonna do soldier boy." Becasue you can never have to much table top rpg.

foxleader said:
I need this for my table top rpg lol just to be like" well now you've gone and done it good, but wait where do you think those troops came from you crest the hill to find." Places ship model on table, "now what you gonna do soldier boy." Becasue you can never have to much table top rpg.
Click to expand... 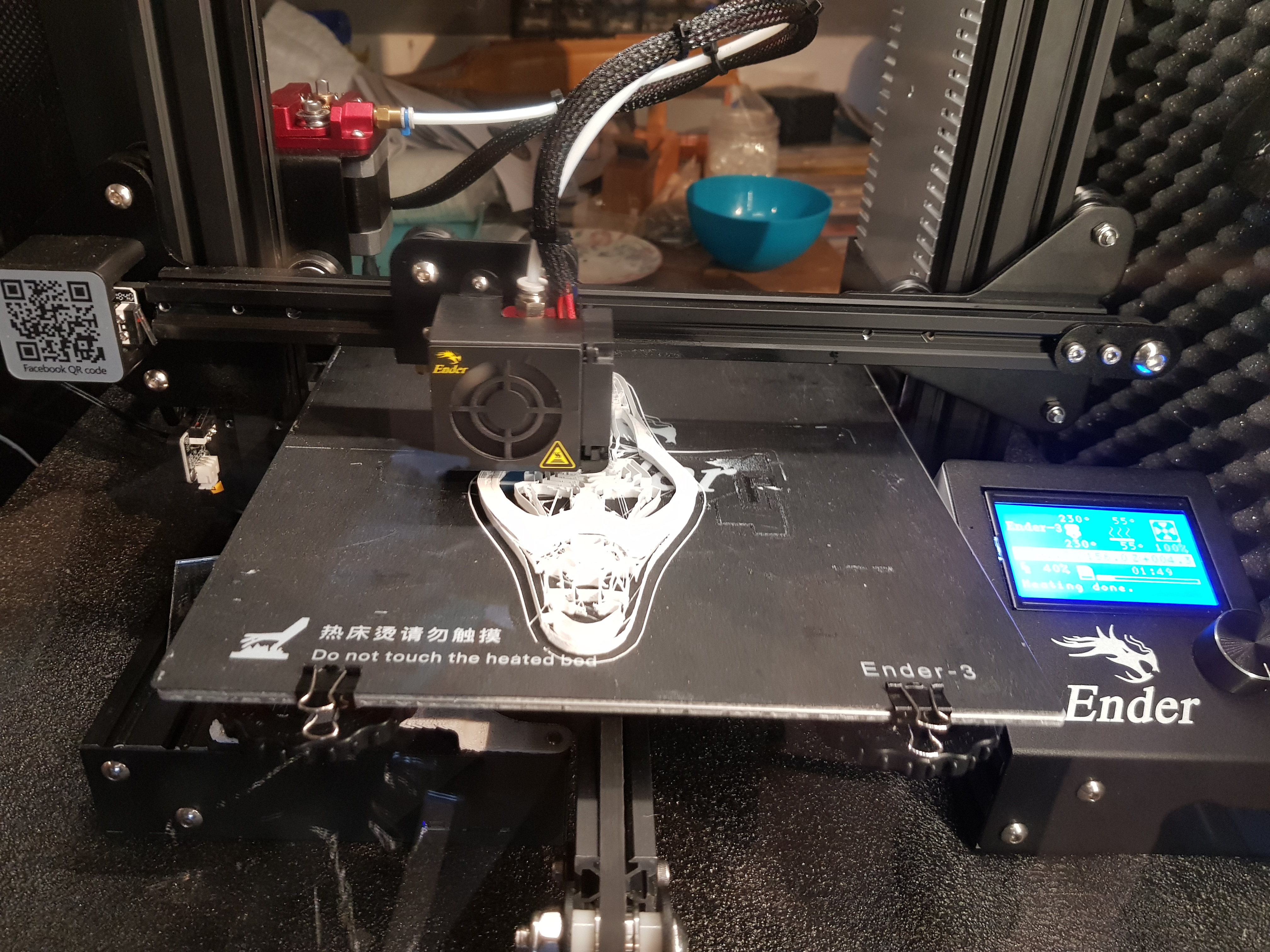 Colonial Regiment
this makes me want to get my printer working again. it's been so long and i still havent unclogged it

Lieutenant Jaku said:
this makes me want to get my printer working again. it's been so long and i still havent unclogged it
Click to expand...

Would love to see your work!

Big update coming within two weeks!
Sorry for the delay guys. Its been a little busy time for me but i finnaly have time again to work on the project

Update 1.4 Part 1 It has been a long time
Not as long as the last time I was away but not posting for two months was certainly something I had no intentions for. It has been an incredibly busy time the last two to four moths which limited the free time I hade to work on the models. However that is all behind us now and progress has been made on the fleet. In fact there has been so much progress that I am going to do it in two posts after each other to keep everything that has happened more clear.

There have been some changes
I had started to develop an electrical system which would light up certain parts of the CAS 3.0. However due to under extrusion in the model this led to massive problems with light distribution. Due to the under extrusion I had to fill this up with filler which led to darker spots on the supposed to be lighted parts(Some photo`s will illustrate the problem). Because this is a problem that occurs inside the entire ship I have decided to scrap lighting plans for now but leave enough space for when I change my mind. Although this looks like a step back it offers me more time to do more surface detailing.

Current status of CAS 3.0
I have designed and build a new bottom plate for the ship with main laser device. I had to do this as the old on was on four separate parts that didn`t Alline due to warping of the print. I have also taken a look at these weird little details on the ship. 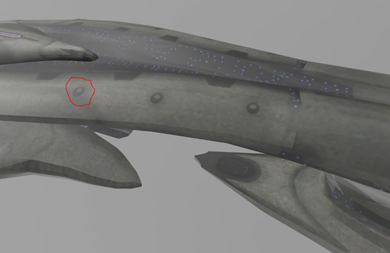 There are 24 of those details on the ship. Halopedia says that the CAS has a lot of armament including the following: ‘24× Mictix-pattern heavy plasma torpedo silo`s’. This looked very obvious to me so I assume they are some kind of launchers or canons on the ship.

Later iterations of the CAS like the one in Halo 2, Halo wars 2 or Halo fleet battles have some kind of cannons in place of the black dots with a silver dot in it. So after some designing I have made my own guns to add to the ship.

It is funny to see how many details align with the lore once you really start to study a ship model and question why the developers put certain parts or details on the ship. I am already wondering what I will find on the CPV and later models!

At the moment the ship is about 95% finished. The parts have all been assembled and seams have been filled up. The model has been sanded, painted with primer and painted in its livery according to a combination between the Halo 3, and Halo fleet battles version.

The only things that remain to be done are some surface details. Paint edges and other minor details. The next update(1.6) on the ship will be concluding the construction of CAS 3.0(Which from then on will be the Shadow of Intent).

Current status on the fleet
Progress has been made on the SDV Heavy corvettes and development on the CPV Destroyer and the Orbital Mac Station are also far underway. More on this in the next update

Something different as well
I have also bought two spruces from Halo fleet battles. I have done this get better views from the CCs Battlecruiser (Something in the workings) and the ORS heavy cruiser. The CCs battlecruiser from Halo fleet battles also serves another purpose as the ship model is almost as tall as a covenant light cruiser on the scale I use (1:5346). The crs on scale 1:5346 is 56,12 mm long and the one from Halo Fleet battles is about 89,5mm. This might seem a large difference but when you compare it to CAS 3.0 which is 1 solid meter long these details start to matter les.

Now you might already know where I am going with this… I am planning on cast moulding the ccs to make a large supporting fleet for the ship. This is something however that is at the bottom of my list of things I’ll be doing. Expect the CAS 3.0, SDV`s and CPV, MAC station to be finished first,

To wrap up the update
A lot of work has been done and there is still a lot to do before the ship is finished. Although the lights are temporarily scrapped I do still have space inside the ship for if I change my mind in the future. For now I am focusing on production and just making great models! The Next update will mostly be about the SDV Heavy corvettes, CPV and the Orbital Mac station.

For now this is the first part of the update and I hope you guys like it.

The CAS 3.0 in its current state
This is a quick follow-up from the last update:
On these pictures you can see how far construction is and where the work still has to be done. Things like:

I am also still busy developing more little things to add to the ship. To do this I use Cad programs and the upside of using these programs is that you can go into deep detail. The downside is that it can take a lot of time depending on the result you desire. 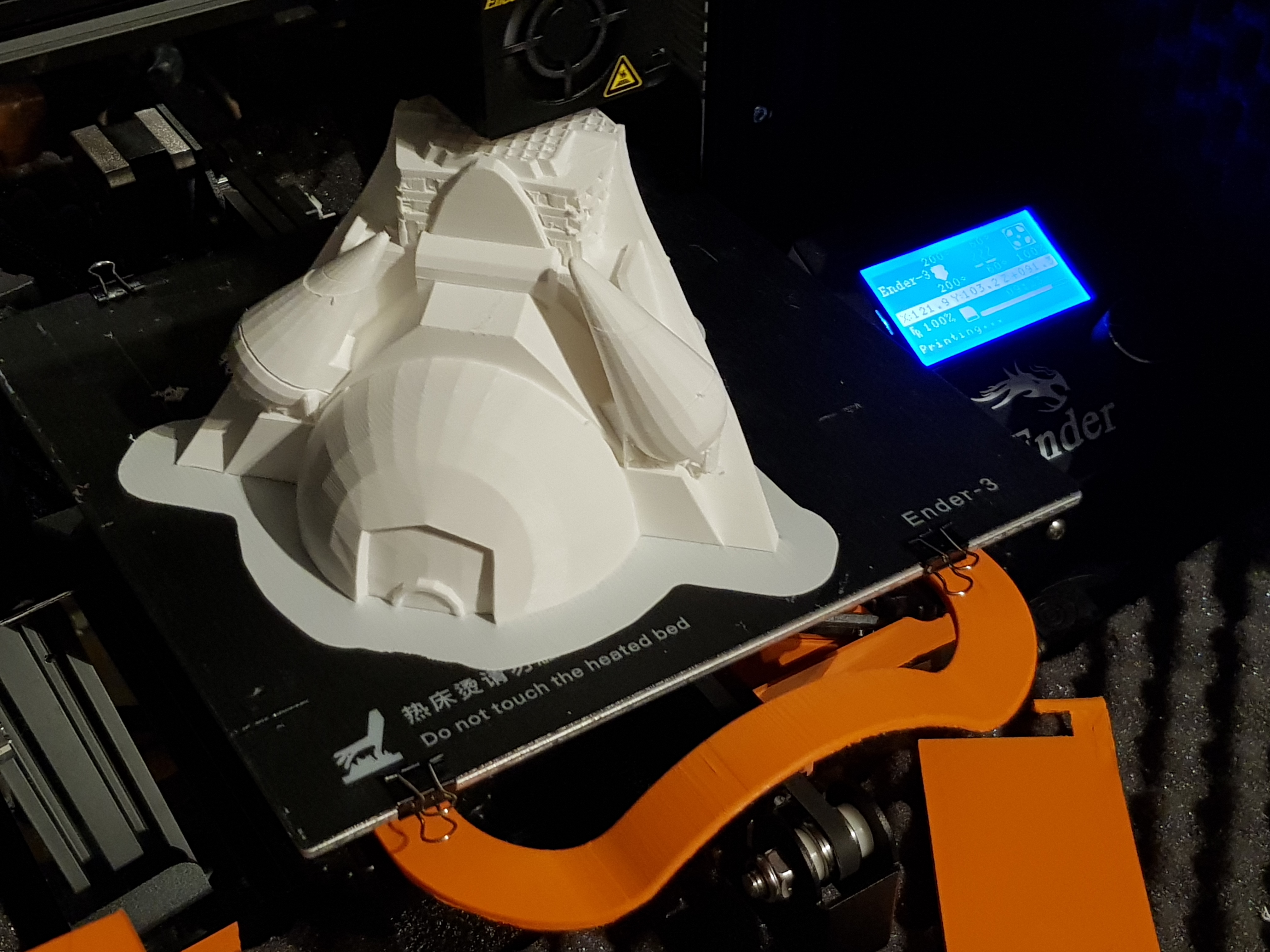 its the centre part 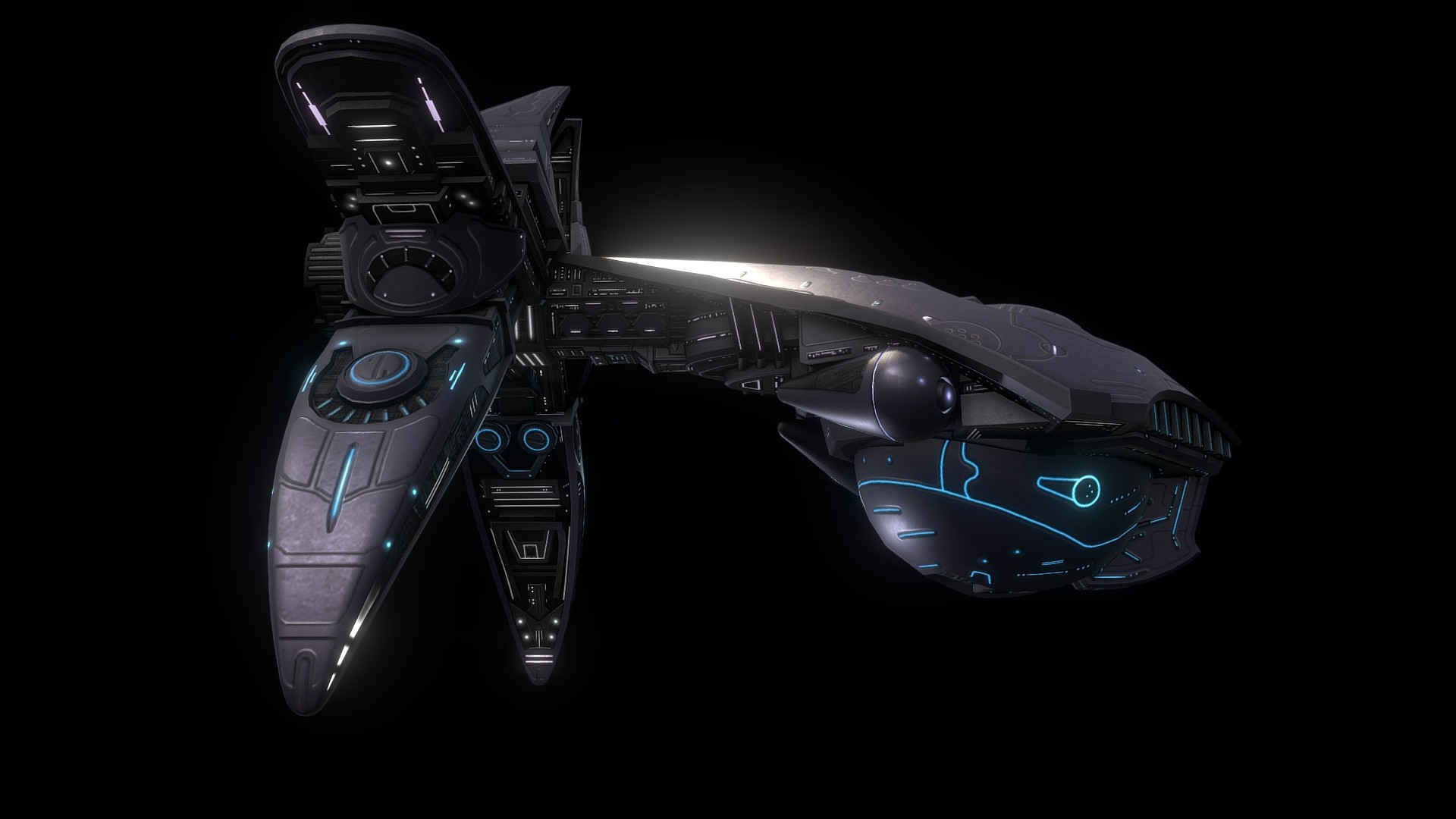