Mountain Regiment
Finally getting around to documenting my first full armor build, a grenadier spartan III, my custom character from Reach. I already made the helmet and gloves a couple years ago and now I plan on 3D printing the rest of the armor. 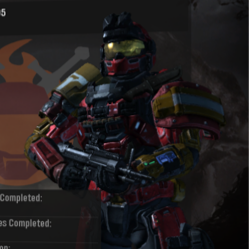 The only part i'm missing right now is the collar/breacher chest piece attachment. The rest of the armor pieces were made by MoeSizzlac 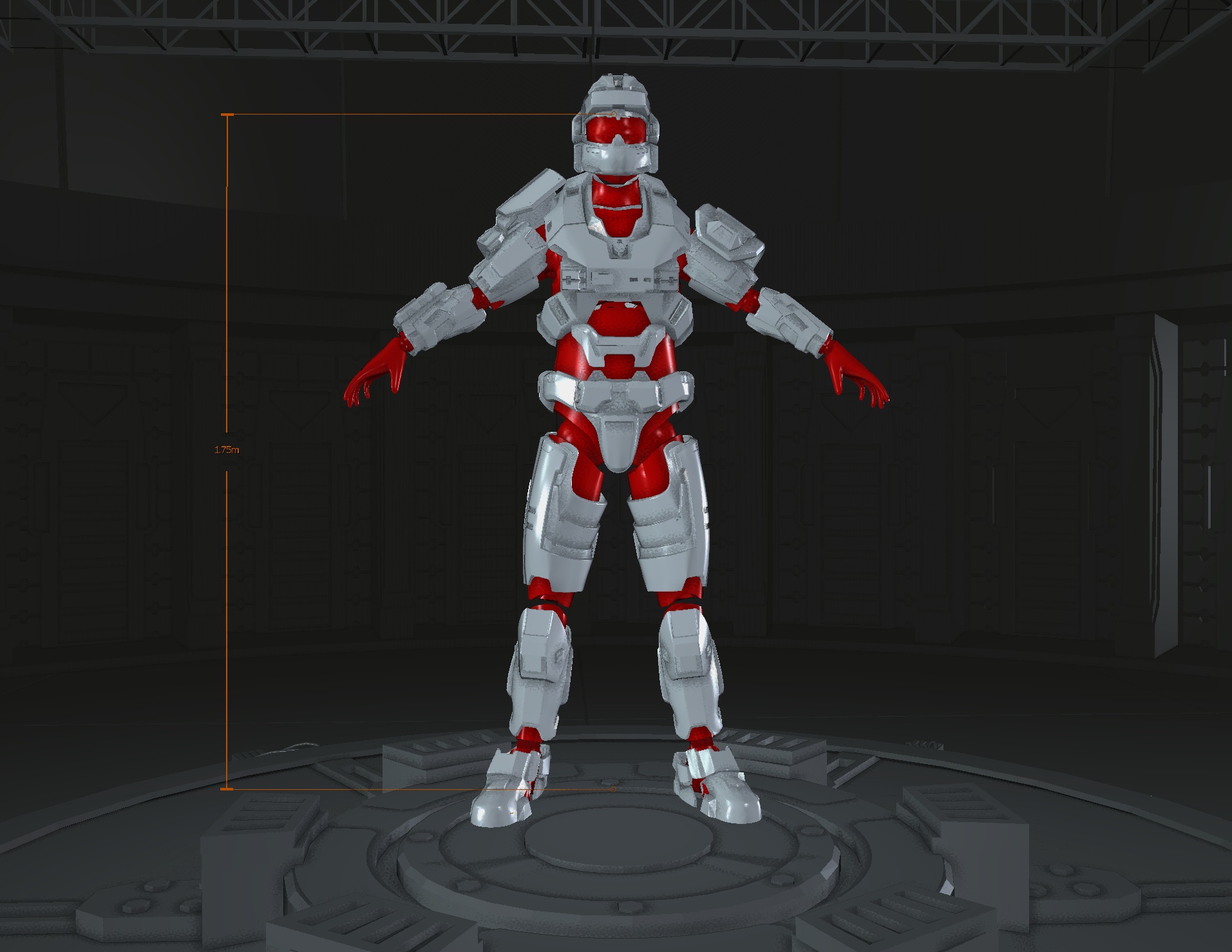 Here's the helmet I made with pepakura 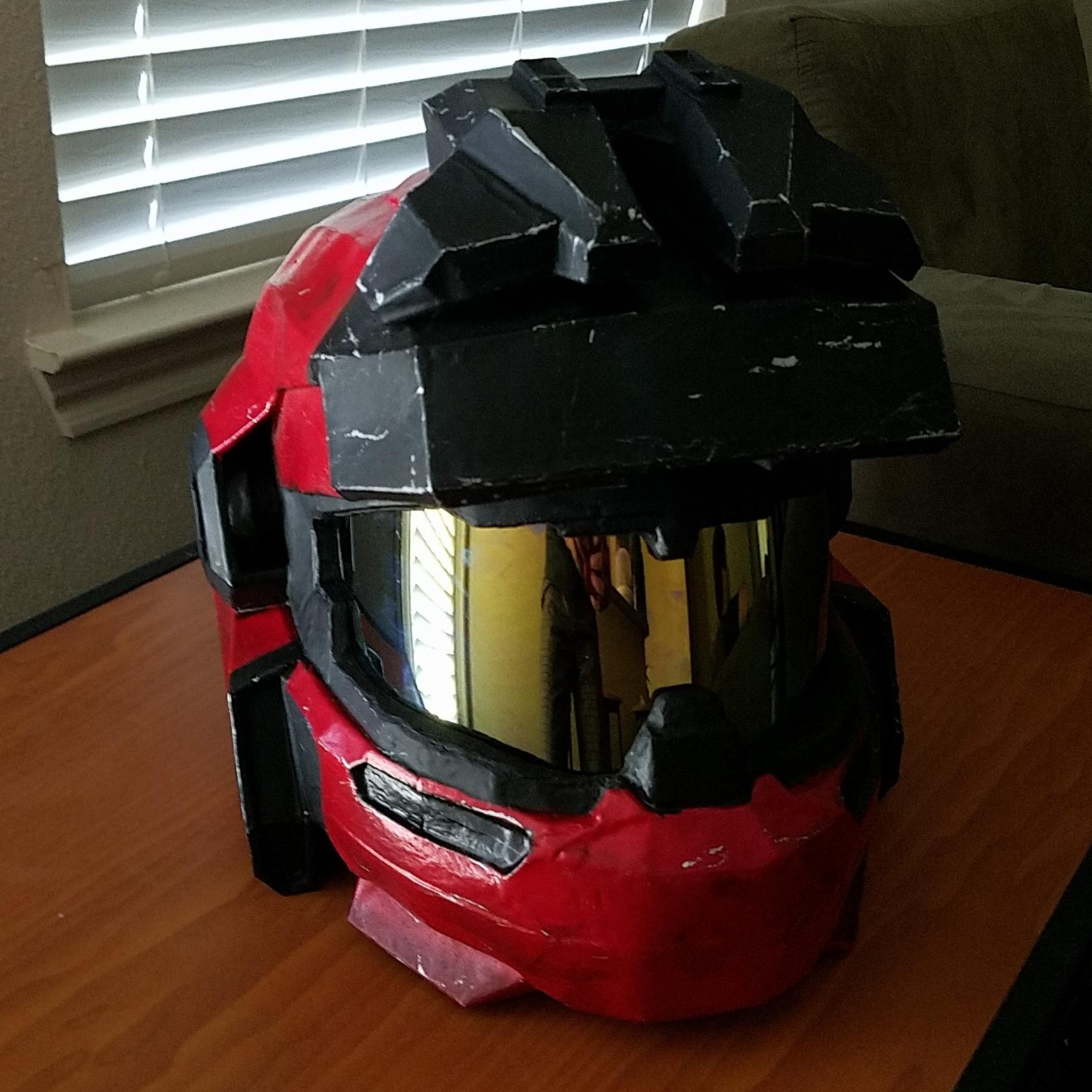 and here's the gloves 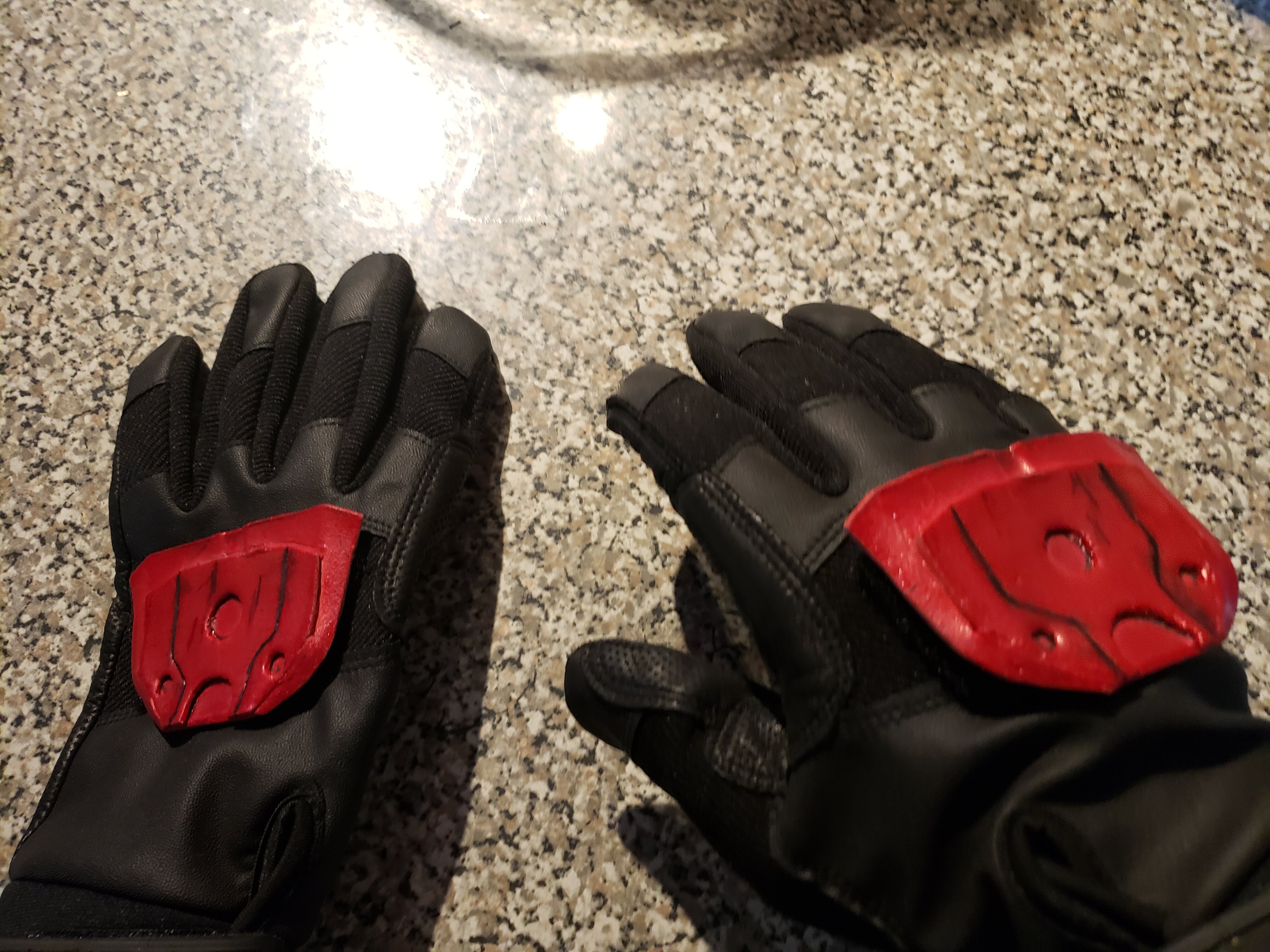 I'll try to keep you guys updated as I go!

Awesome job so far, can't wait to see the rest.

Mountain Regiment
Finished making my models for the collar/breacher chest attachment! The collar is a modified model by MoeSizzlac that I edited in Meshmixer. I designed the buckle, clip, and shotgun shells in Solidworks. I didn't want to have this attachment be one solid piece of plastic since I'm going to 3D print this. Instead I went with making separate parts that I can combine together with fabric/elastic actually running through the buckle in the middle. 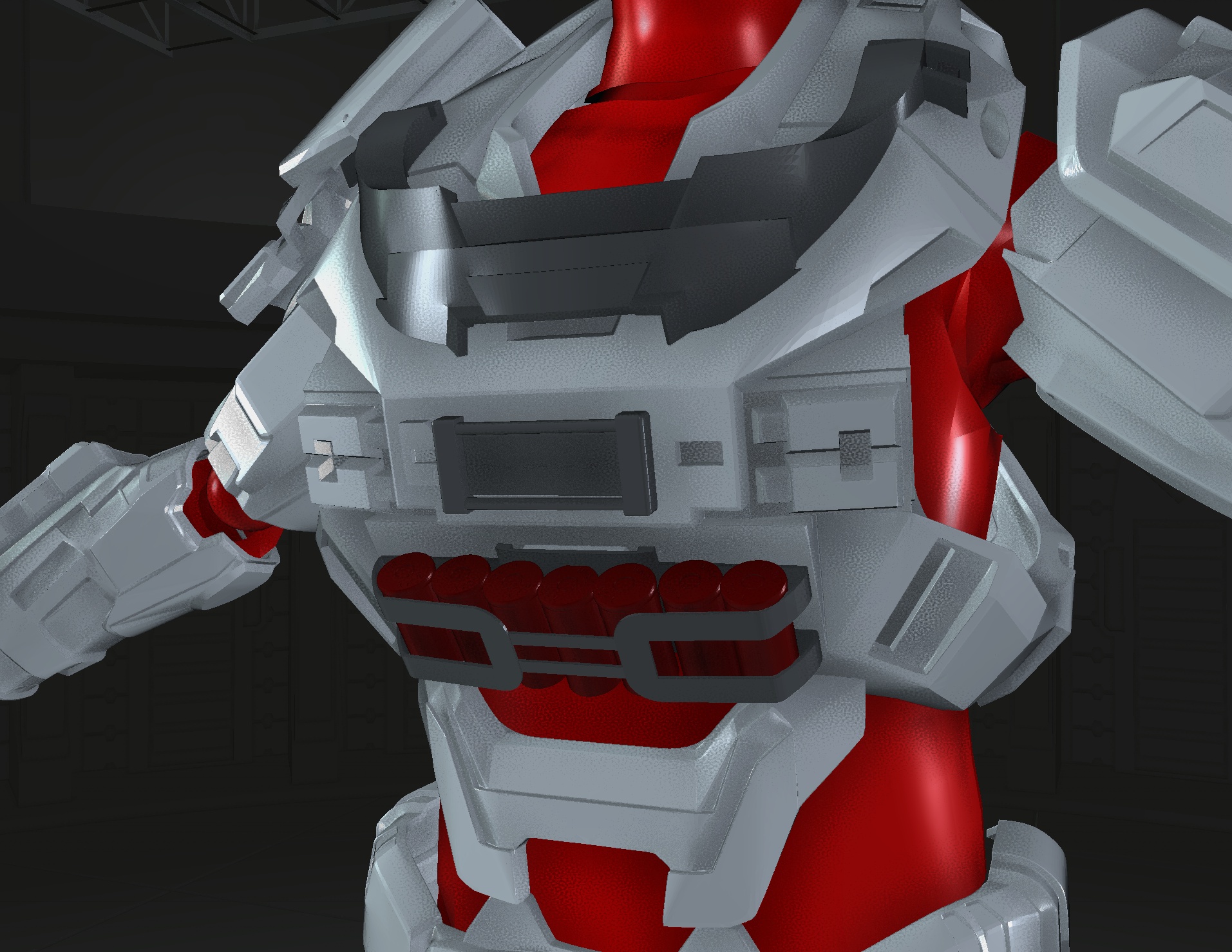 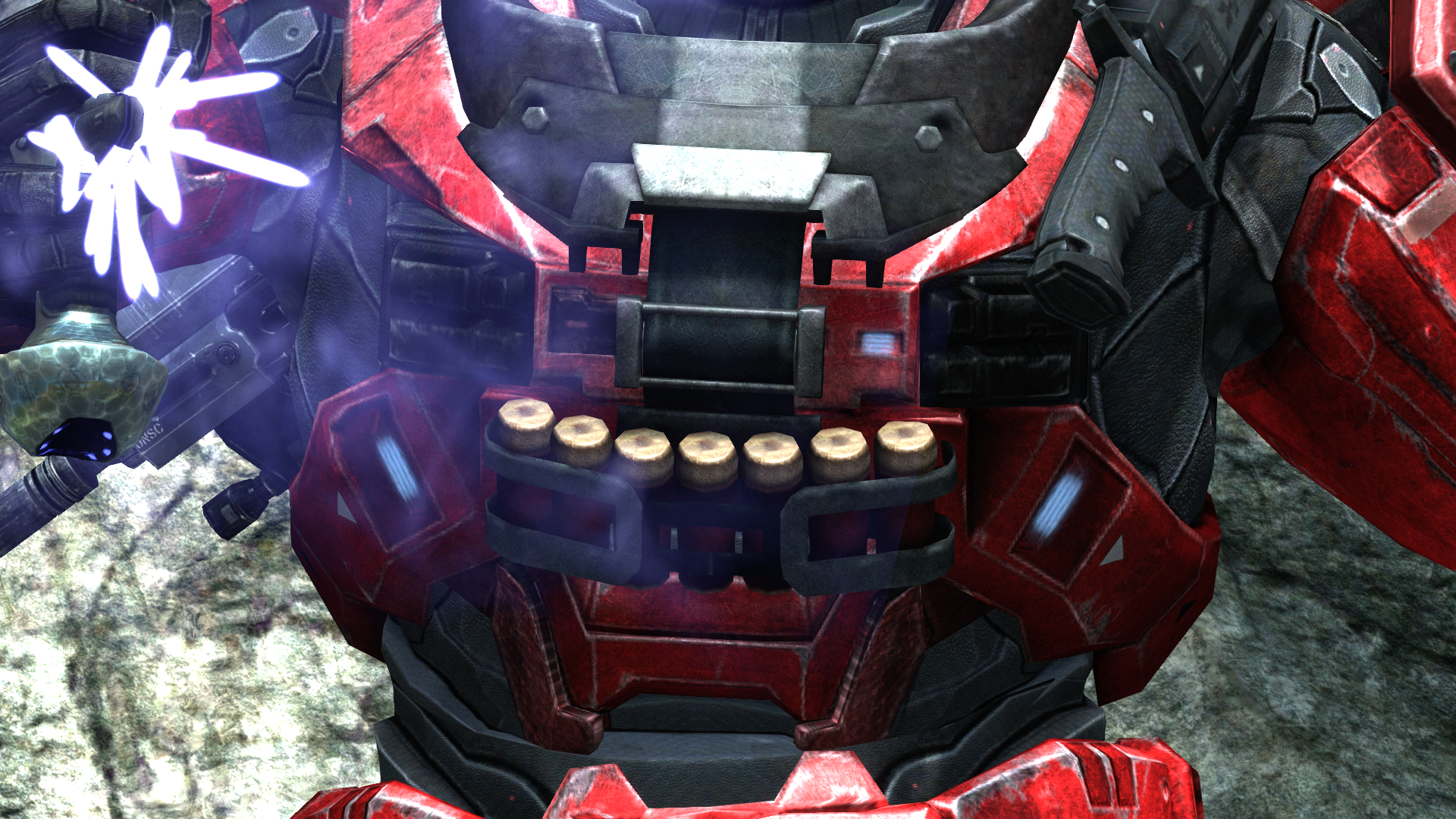 I realized that the data pad model that I had for the arm was completely solid so there wouldn't be a way to place a screen/phone inside once I print it out, without just going ham and cutting through a bunch of PLA. So after an hour of trying different ways to import the model into Solidworks to shell it only to find out once I got it loaded in as an object that my Surface Pro 4 still couldn't really process shelling the imported model. So instead, I just ended up spending the last 4 hours recreating the part in Solidworks. In the end it turned out that I still had issues shelling it so instead I used an extruded cut and got close enough to what I wanted. I'm not sure what phone/electronics I want to put in there yet, but once I figure it out I know I can easily make space to adjust for it and add a back cover. 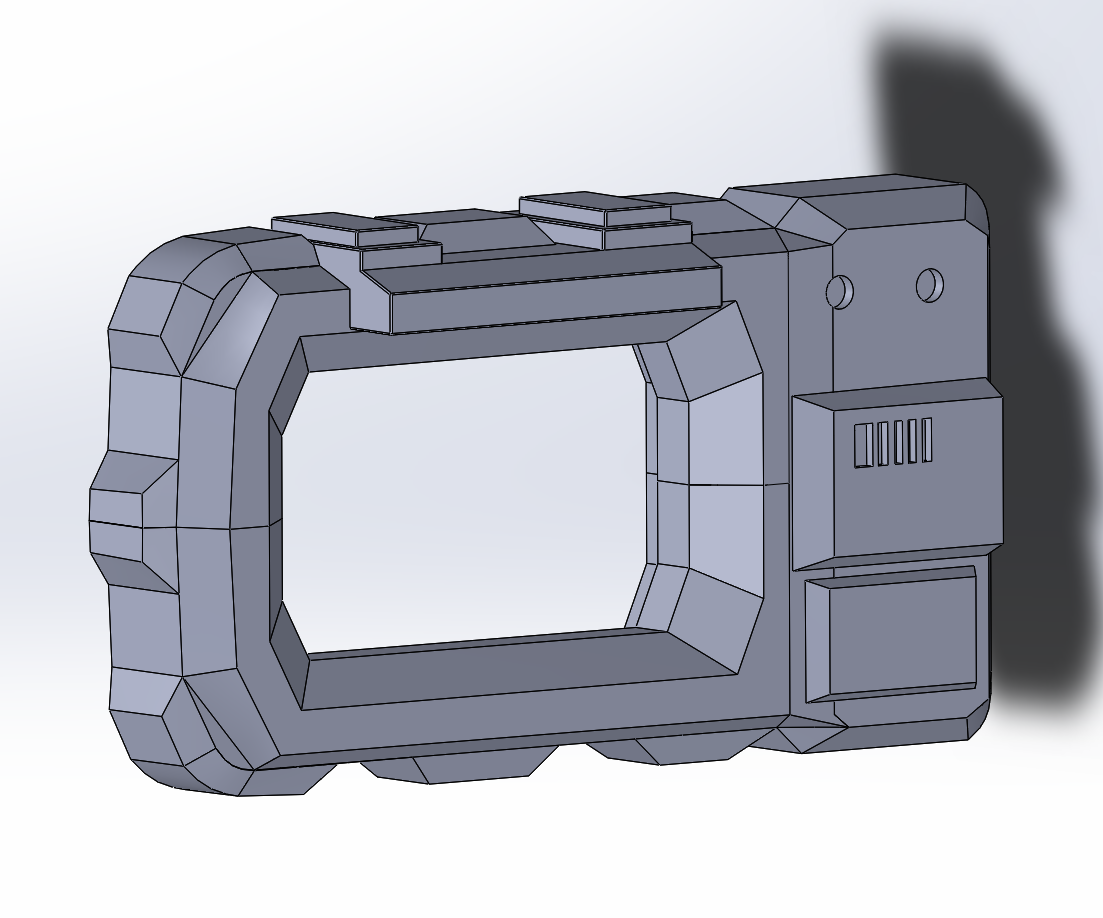 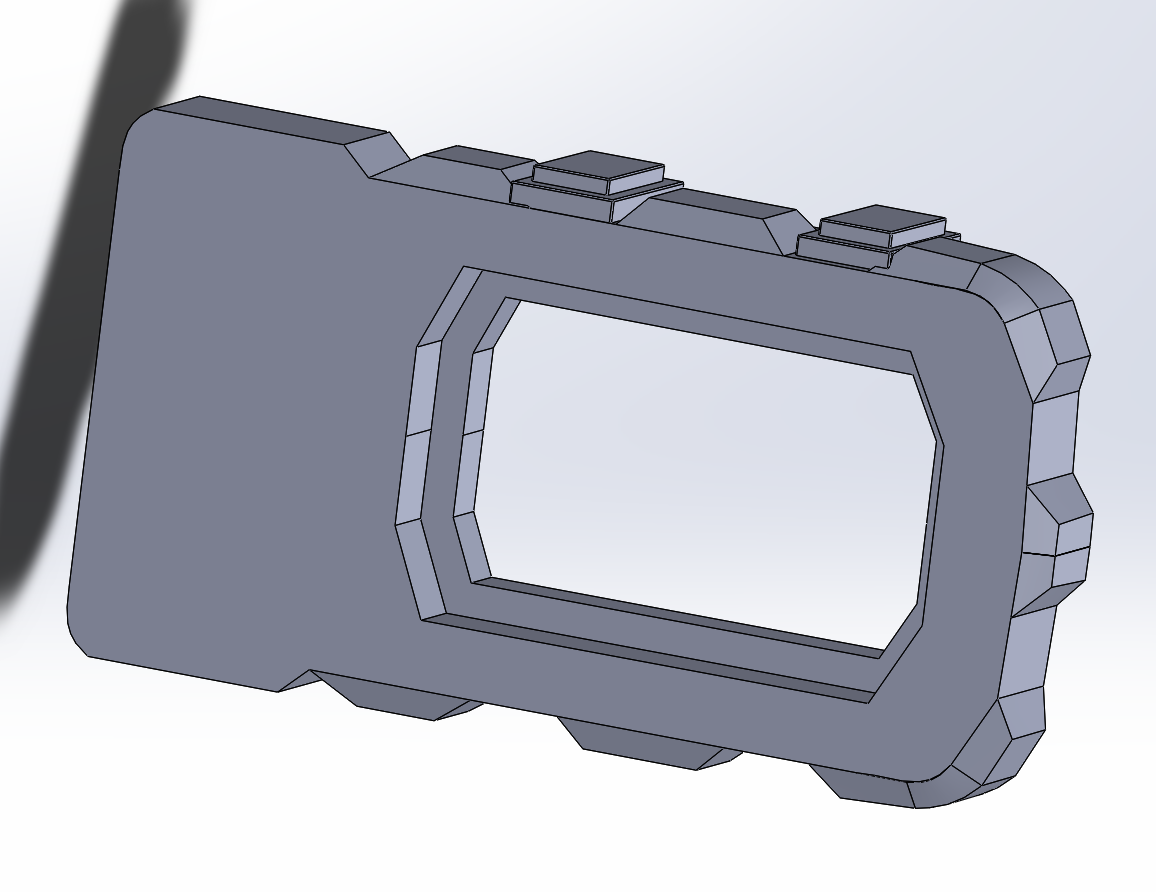 Now you're probably wondering "Is there and easier way you could have done this?" and the answer is "Probably". Either way, my goal was to have a hole in the data pad that I could put electronics into and I accomplished that.

P.S. If anyone does know an easier way to do this I would very much appreciate you letting me know to make things easier in the future.

Last night while I was playing MCC, I noticed there were green lights on the wrist data pad that I hadn't noticed before and decided that I should add in the holes for them this morning. When I loaded up the game to get references I noticed there were some inaccuracies between my model and the game model, so I went back to edit my data pad to make it more accurate to the game. 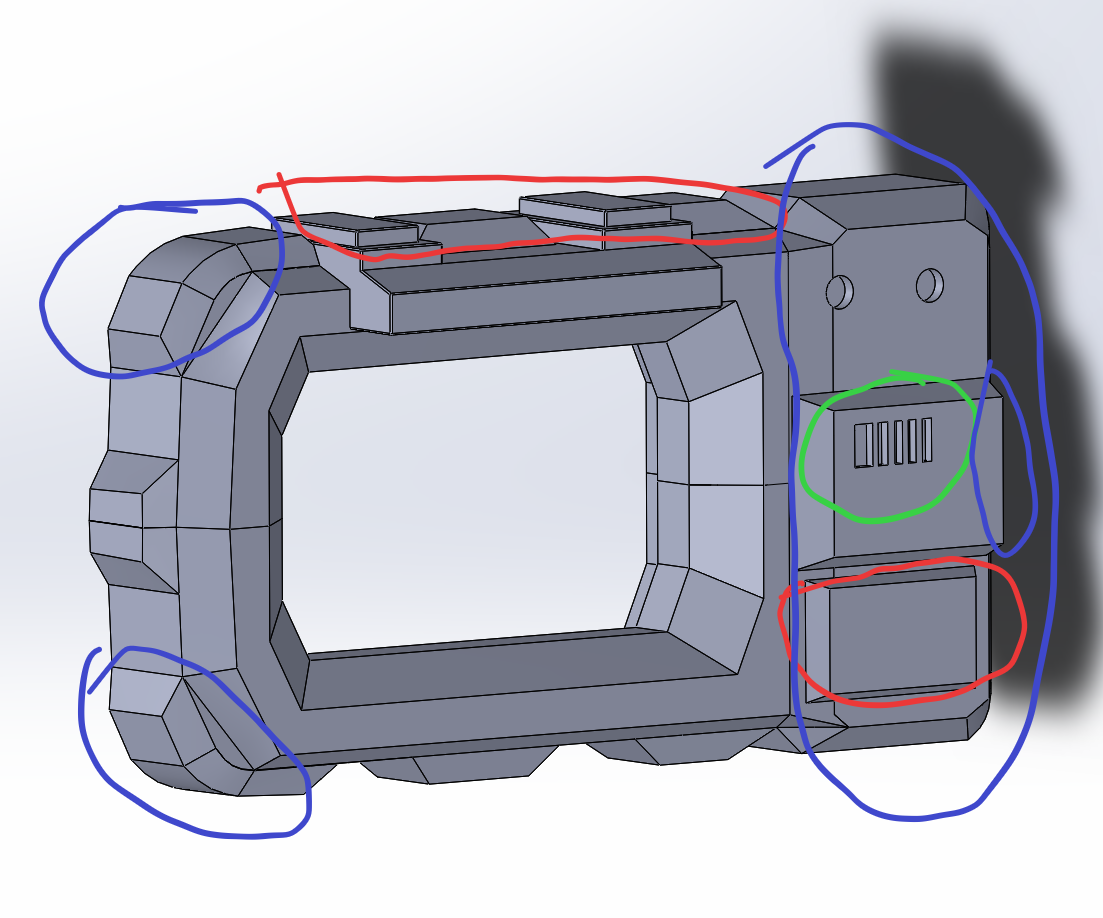 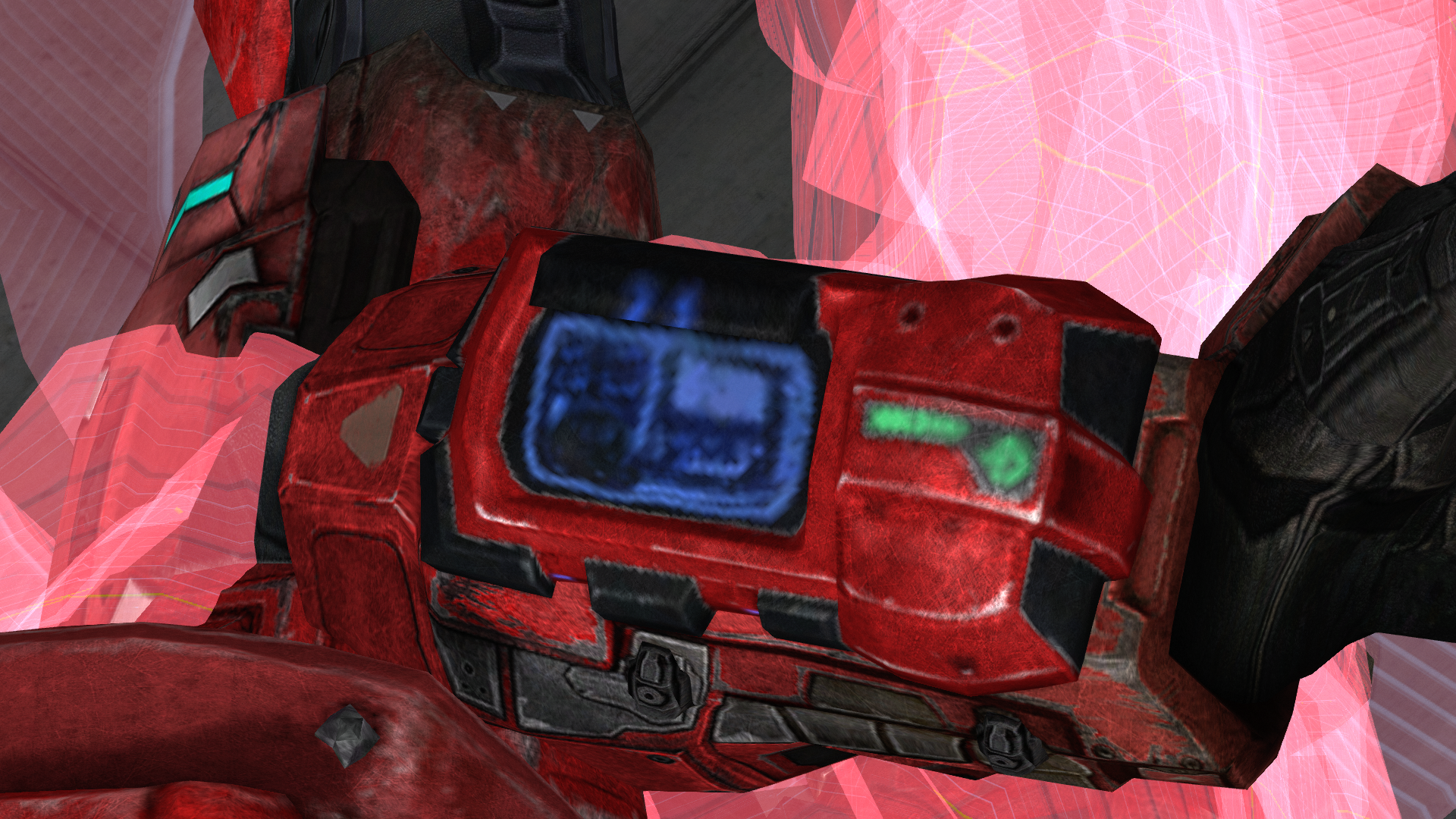 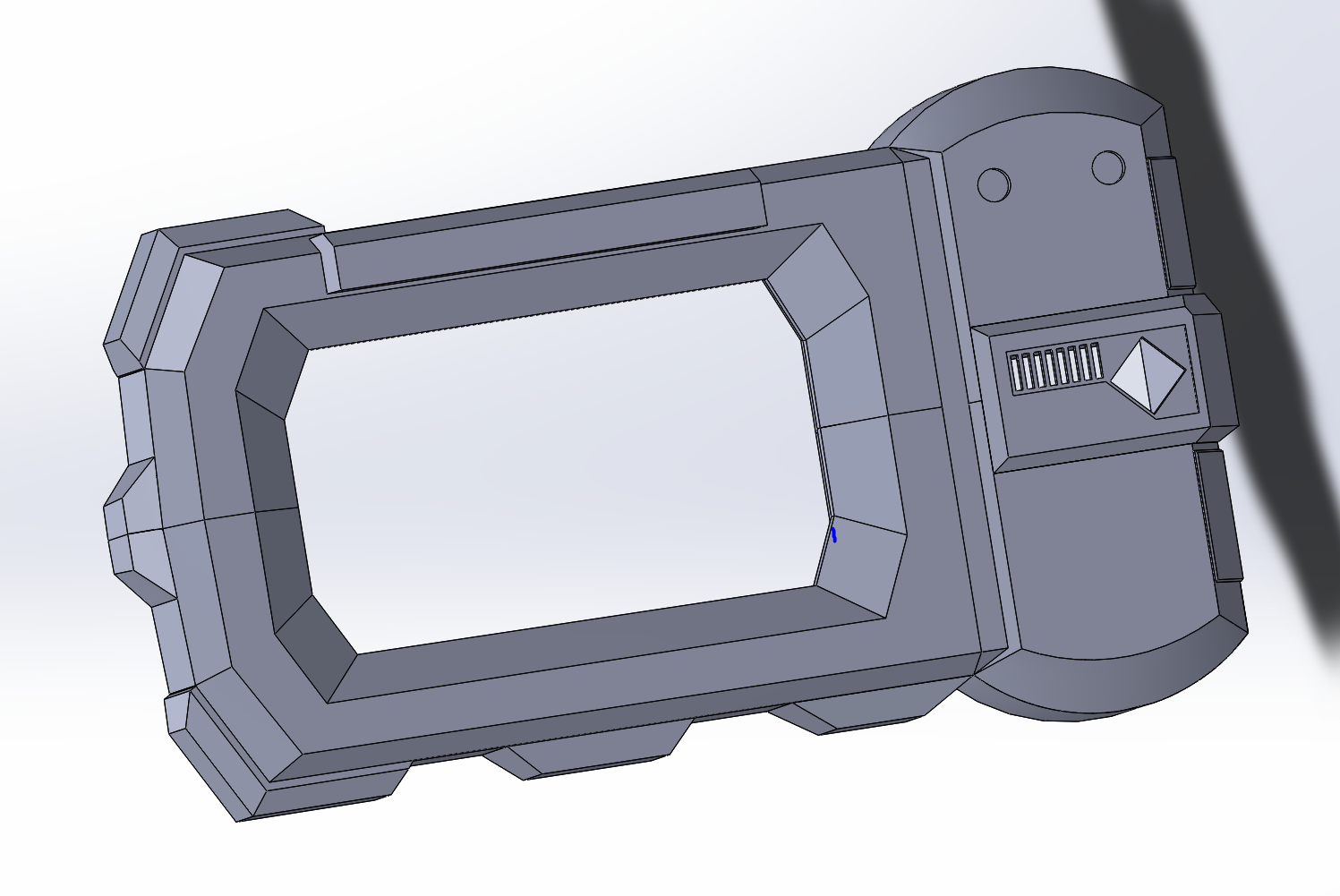 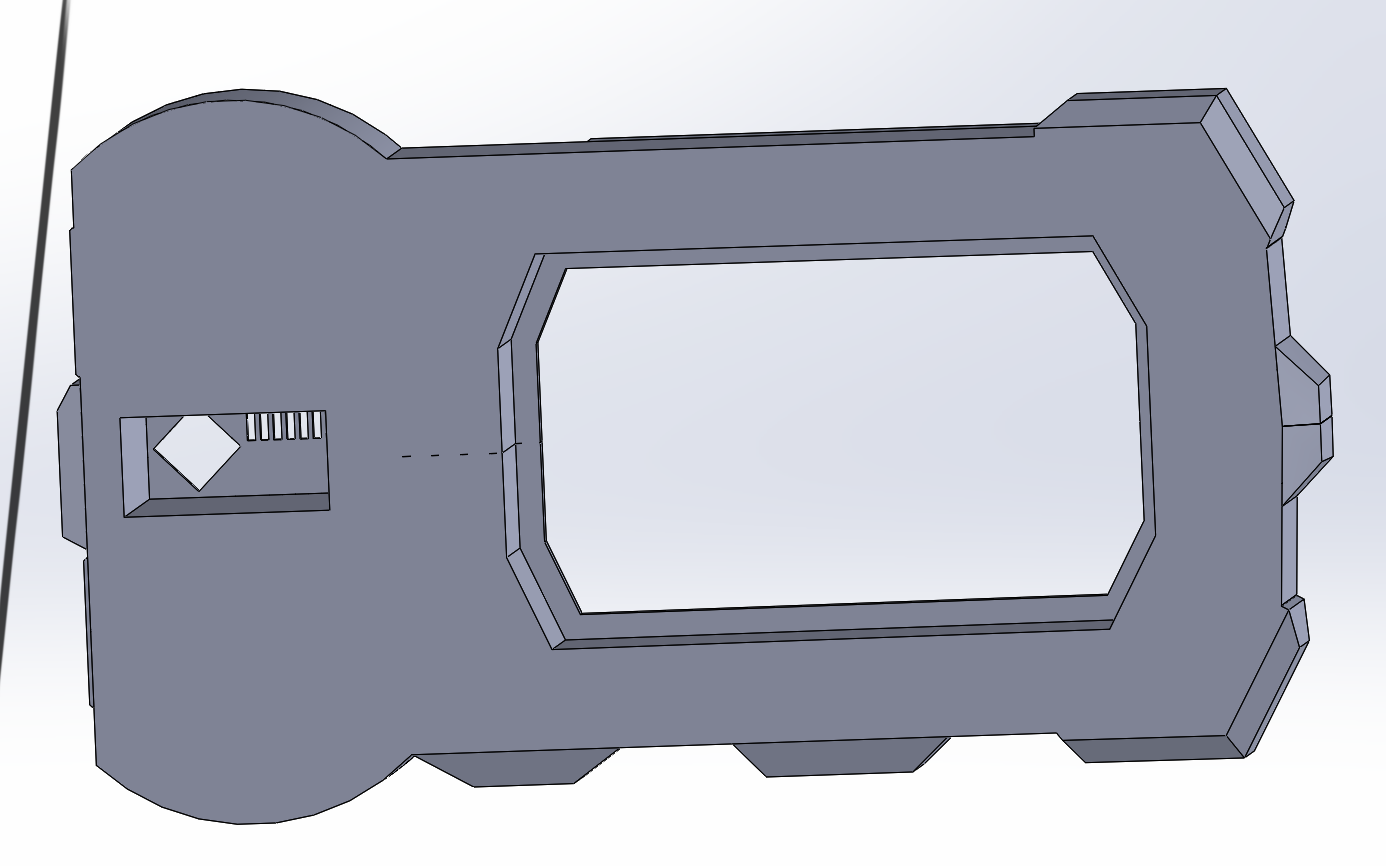 May I ask if you will be making this file available at some point?

he4thbar said:
May I ask if you will be making this file available at some point?
Click to expand...

Sure, I don't see why not. I haven't fully finished shelling it yet since i still need to pick out which electronics I'm going to use. If you want I can upload what's done so far, but I'll probably upload the final version once it's done

I will wait for the final product I am a long way from my spartan build. thank you for your generosity.

Mountain Regiment
Got around to shelling out the inside of the data pad plus I also made a lid to cover the back and added threaded holes for size #0 screws. At this rate I probably could have made a separate thread for this but I consider it being made for the grenadier armor. I've also had some people request the files for download, so I'm also going to be working on uploading those after I double check some things on the parts and make sure everything is solid. 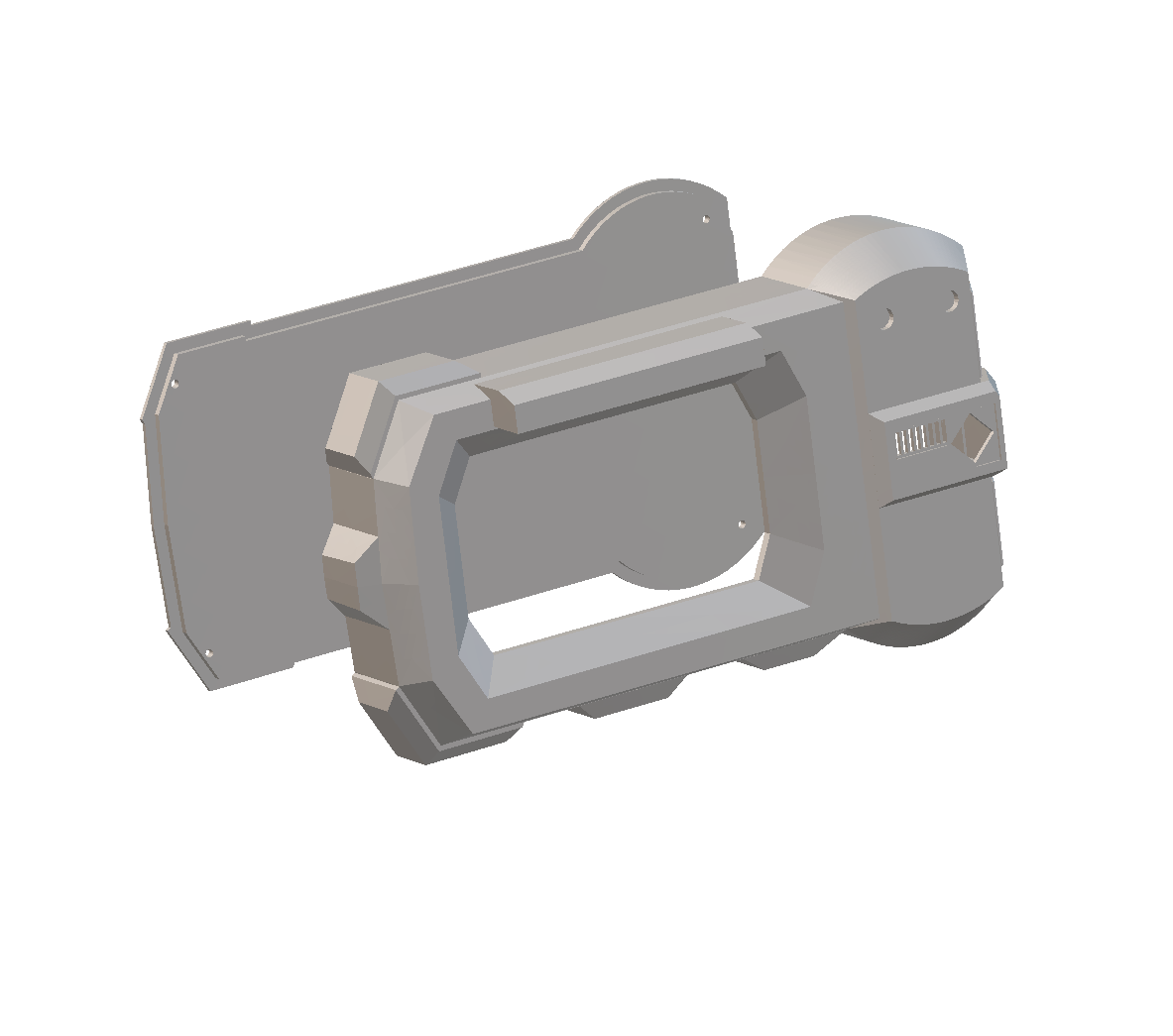 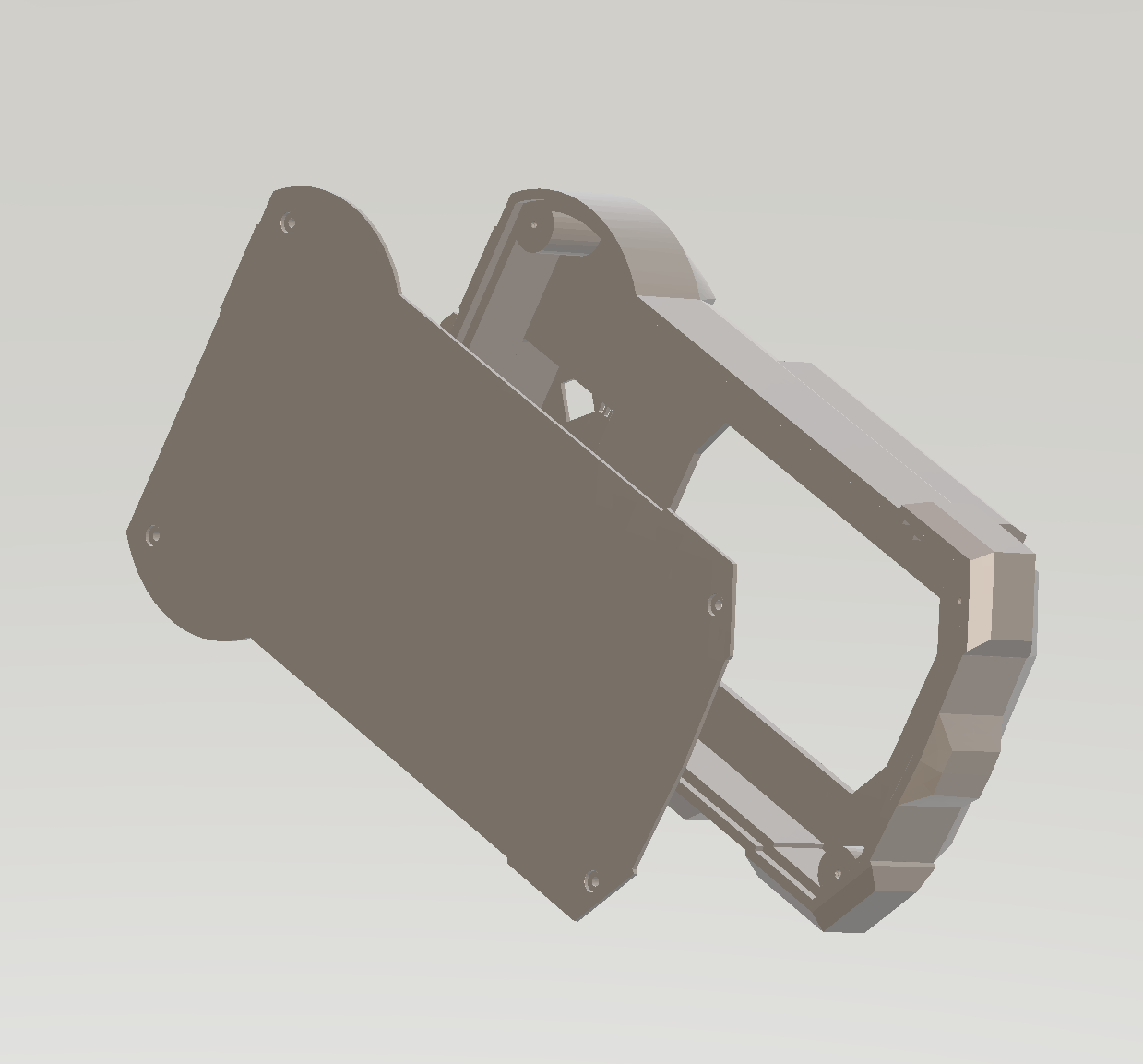 Mountain Regiment
Got myself an Ender-3 3D printer, now I can make some more progress on this build. Here's some of the stuff I made for it so far. 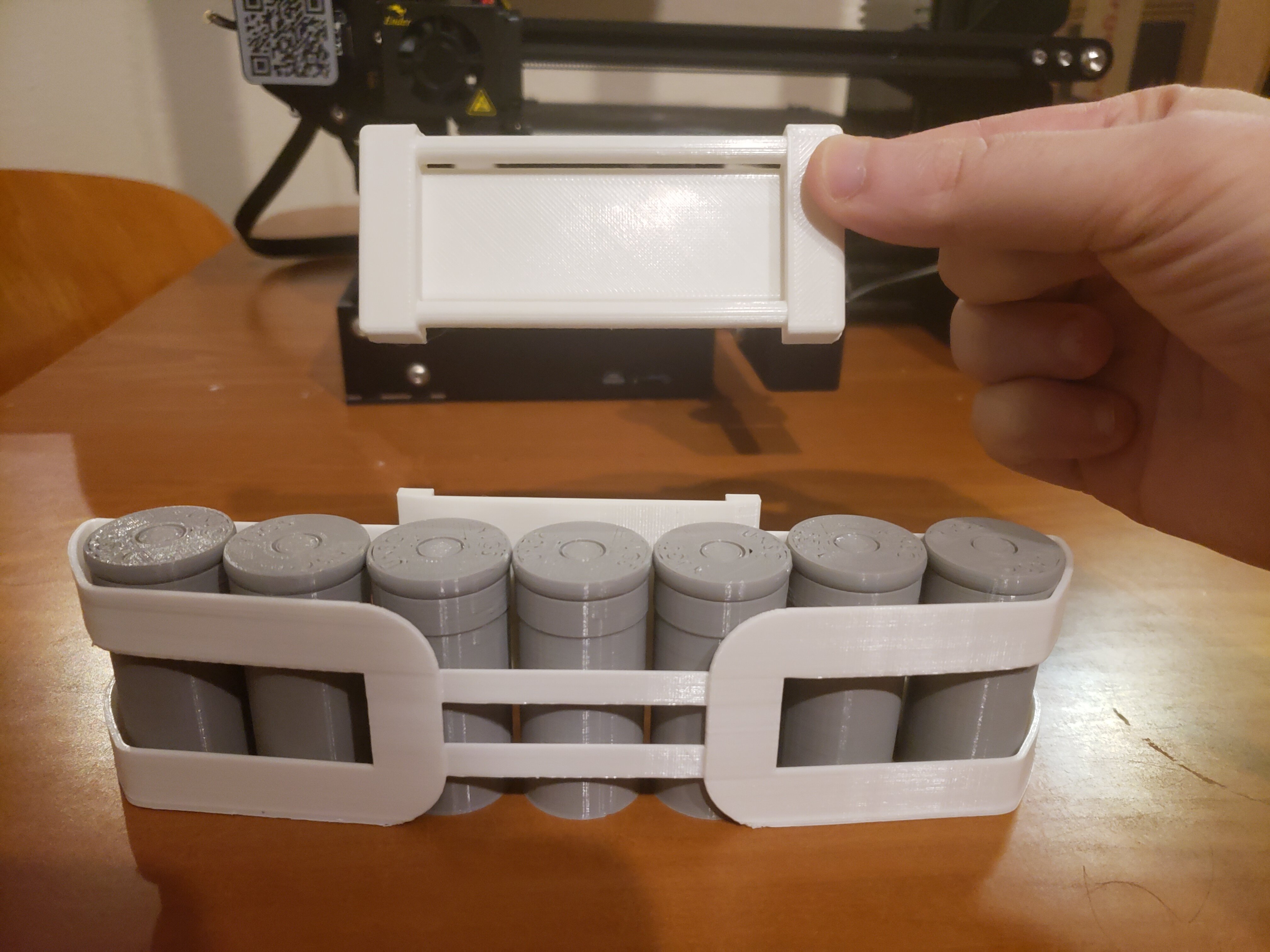 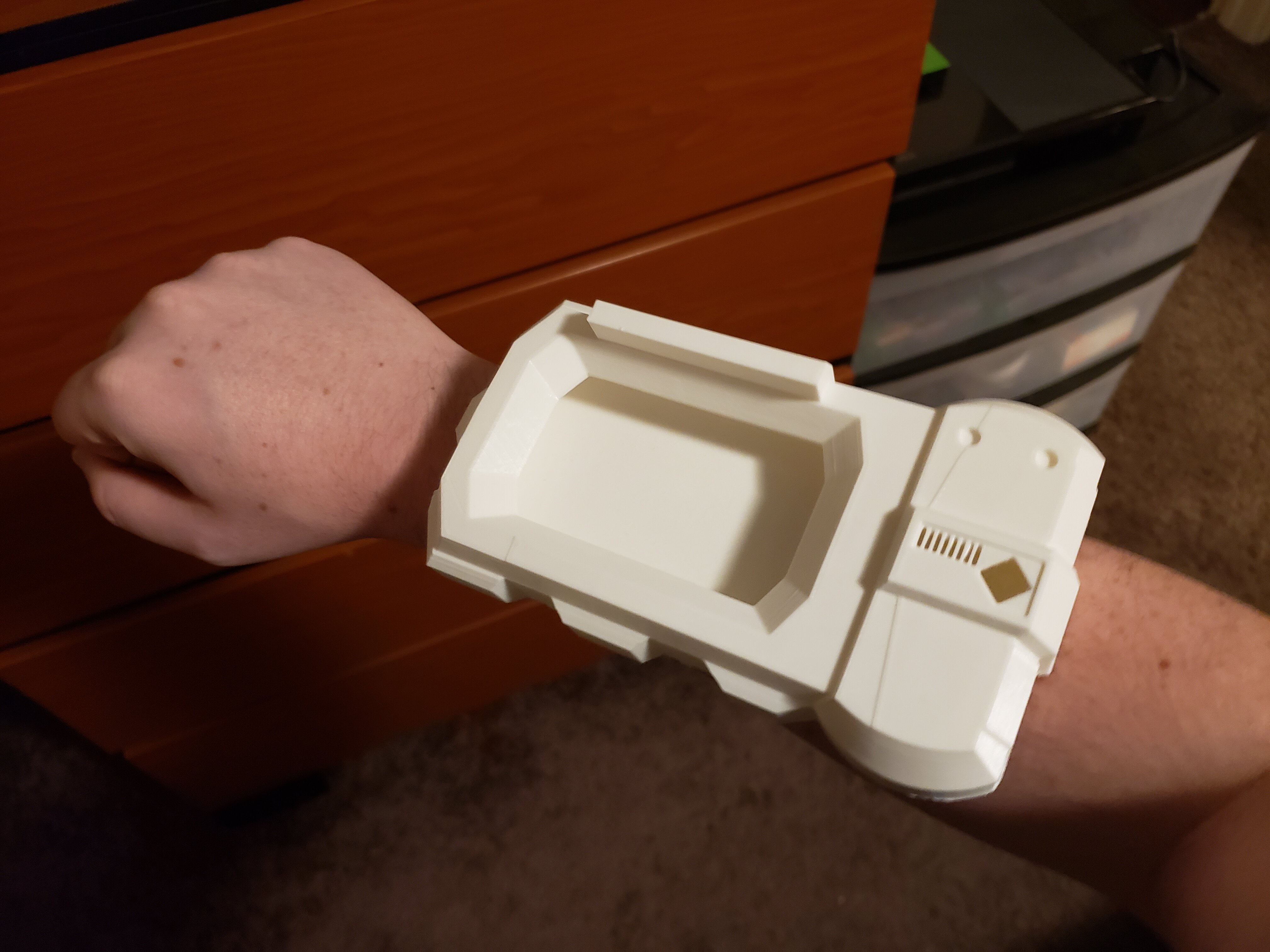 Mountain Regiment
Got some PLA+ to start printing out larger pieces and I absolutely love this filament already! Printed out a forearm in about 32 hours and already started printing a 2nd one! Here's a whole bunch of pics I took 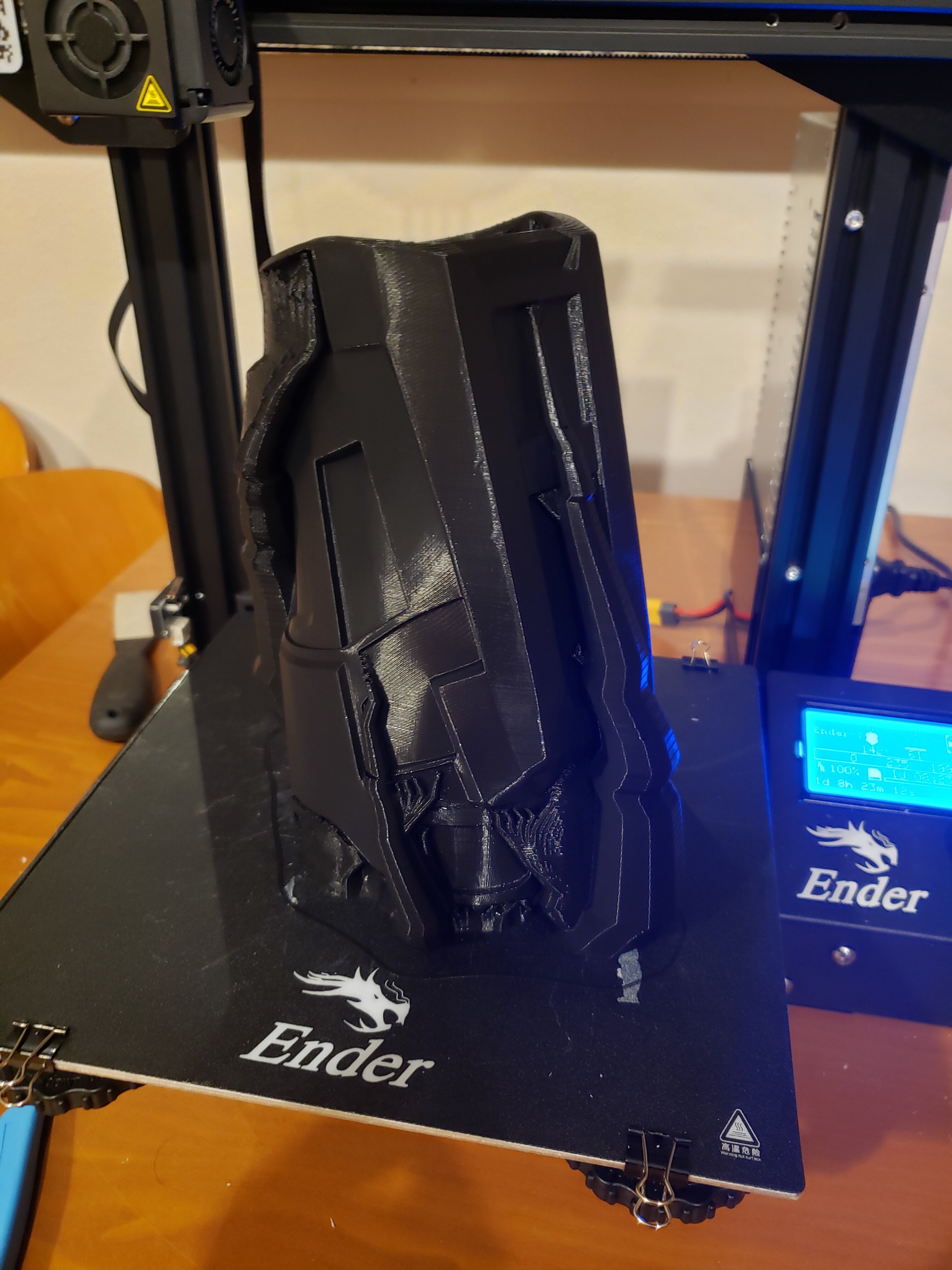 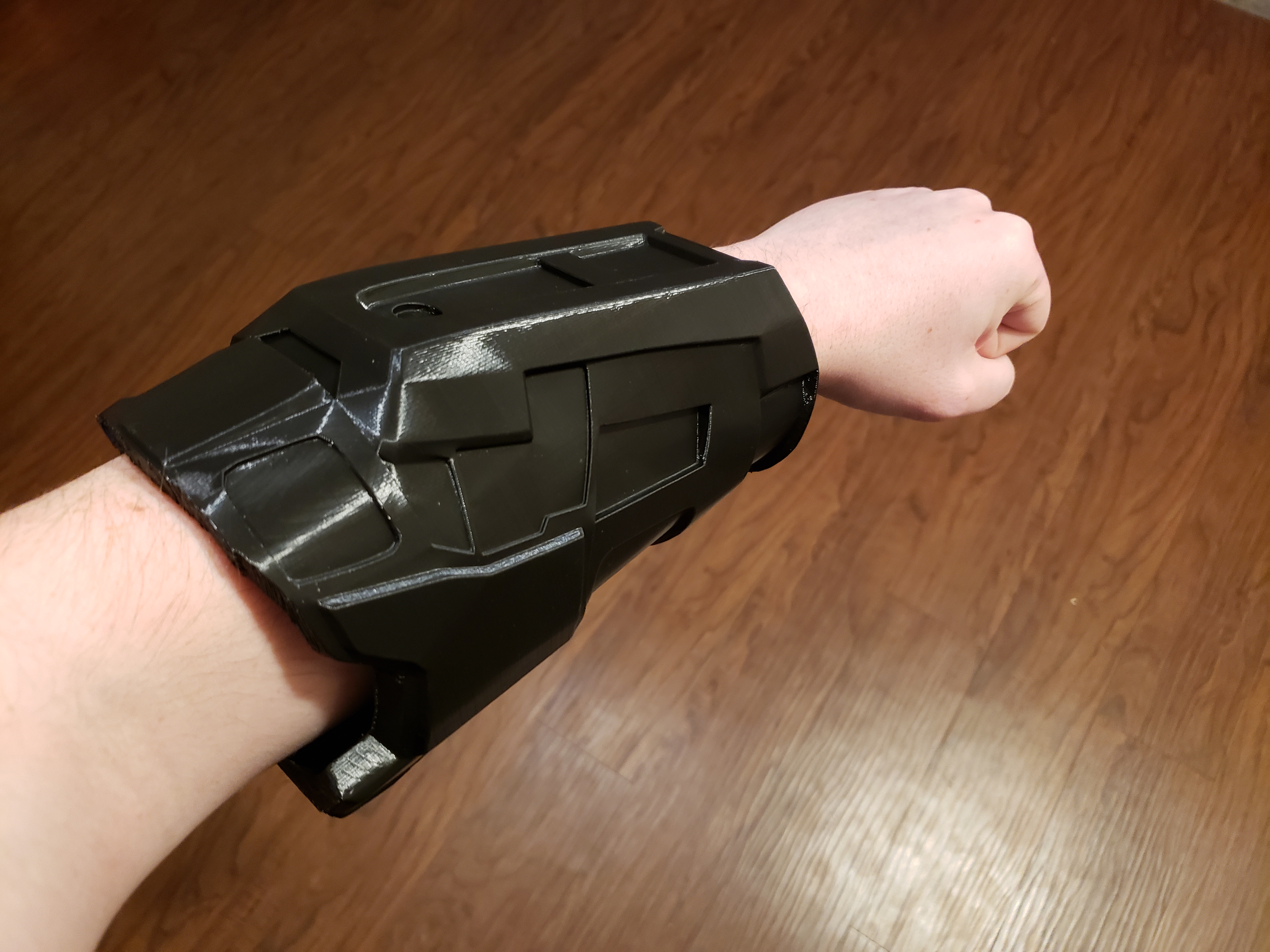 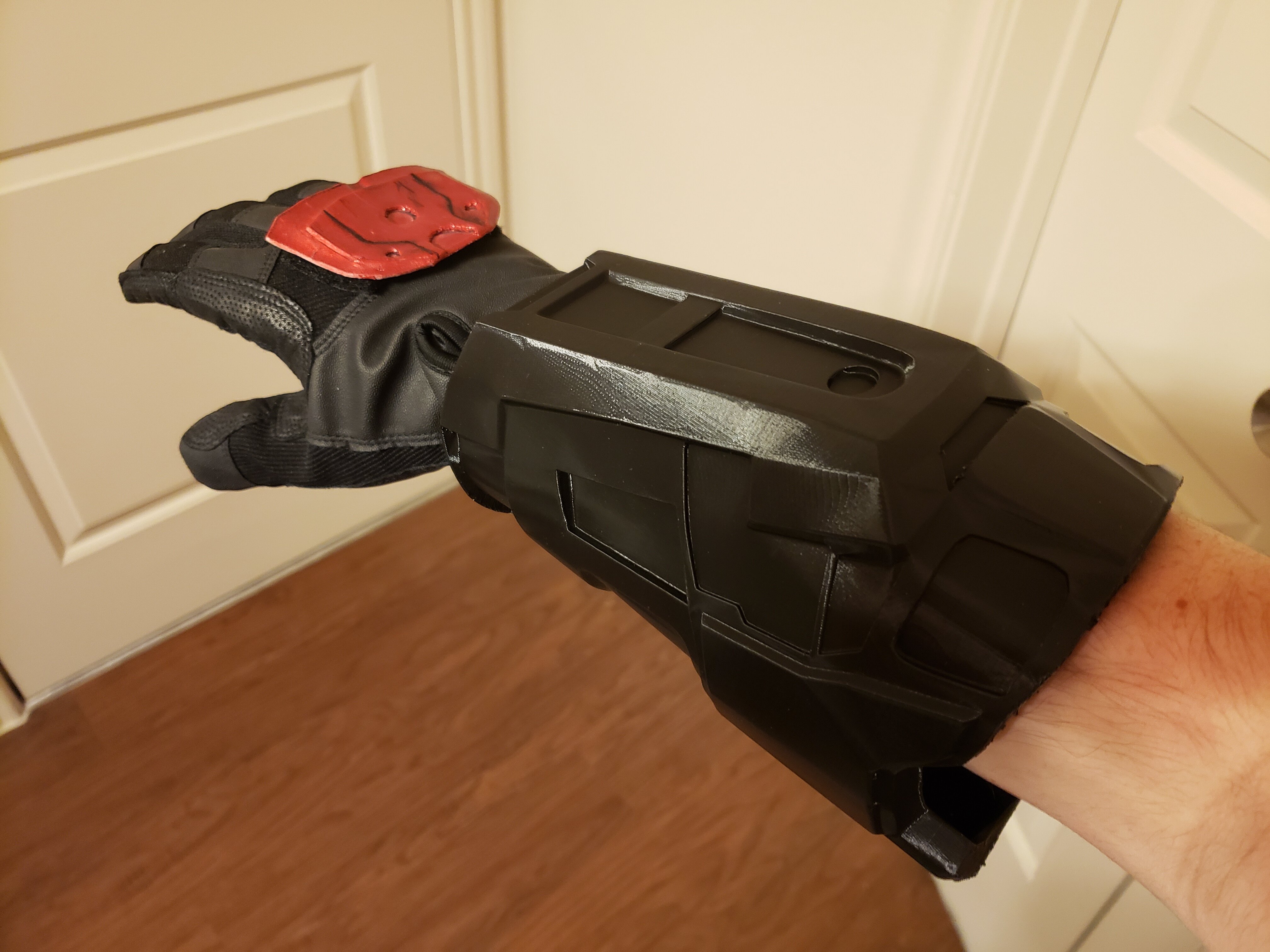 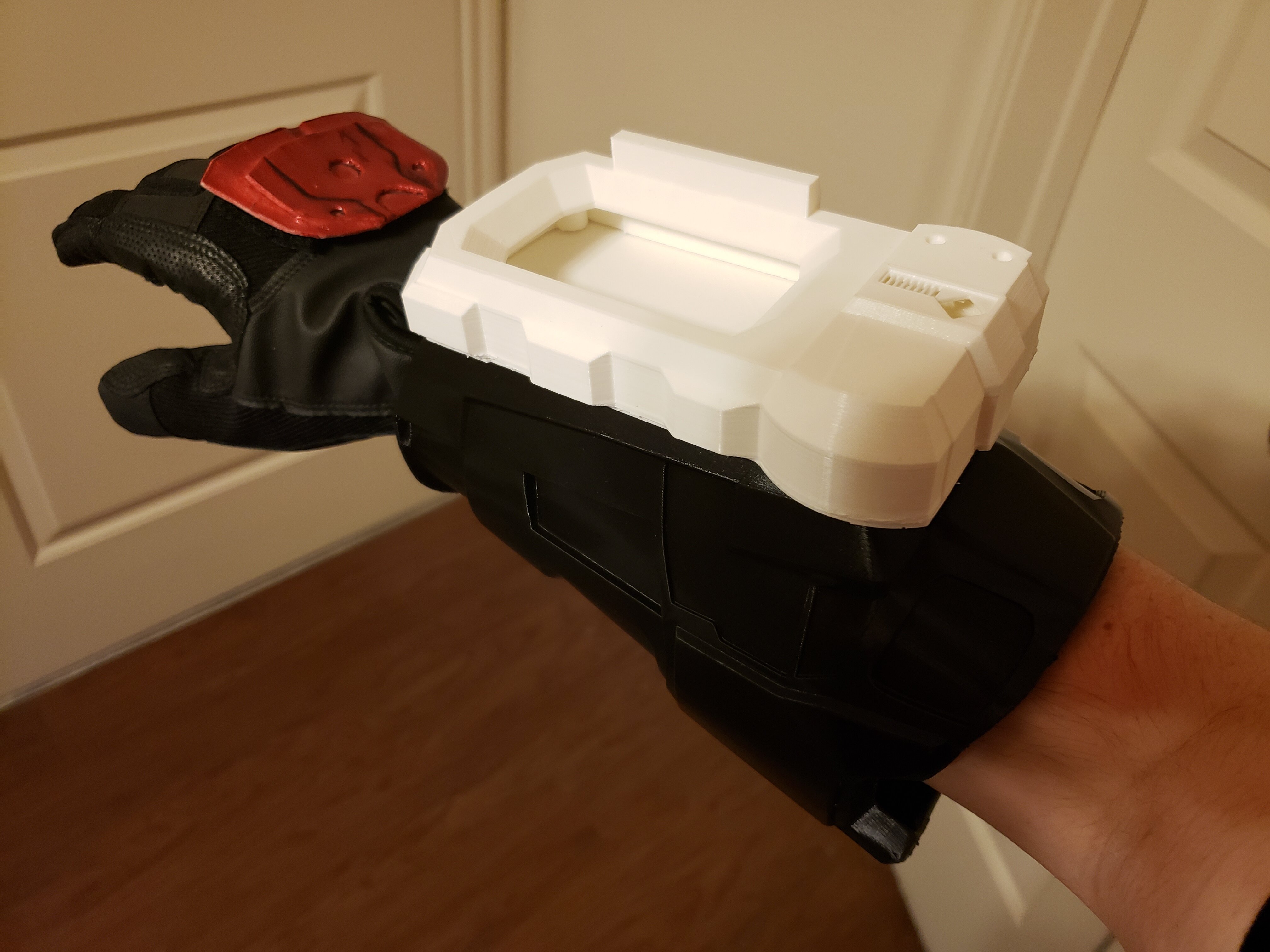 Mountain Regiment
More updates! I got the second forearm printed as well as both of the bicep pieces! I feel like I've got a good amount of arm flexibility so far that I'm pretty happy with. We'll see how much that changes once I make the chest piece. This also means I've finished printing all of the base armor for the arms and I'm going to move on to either the chest or legs. 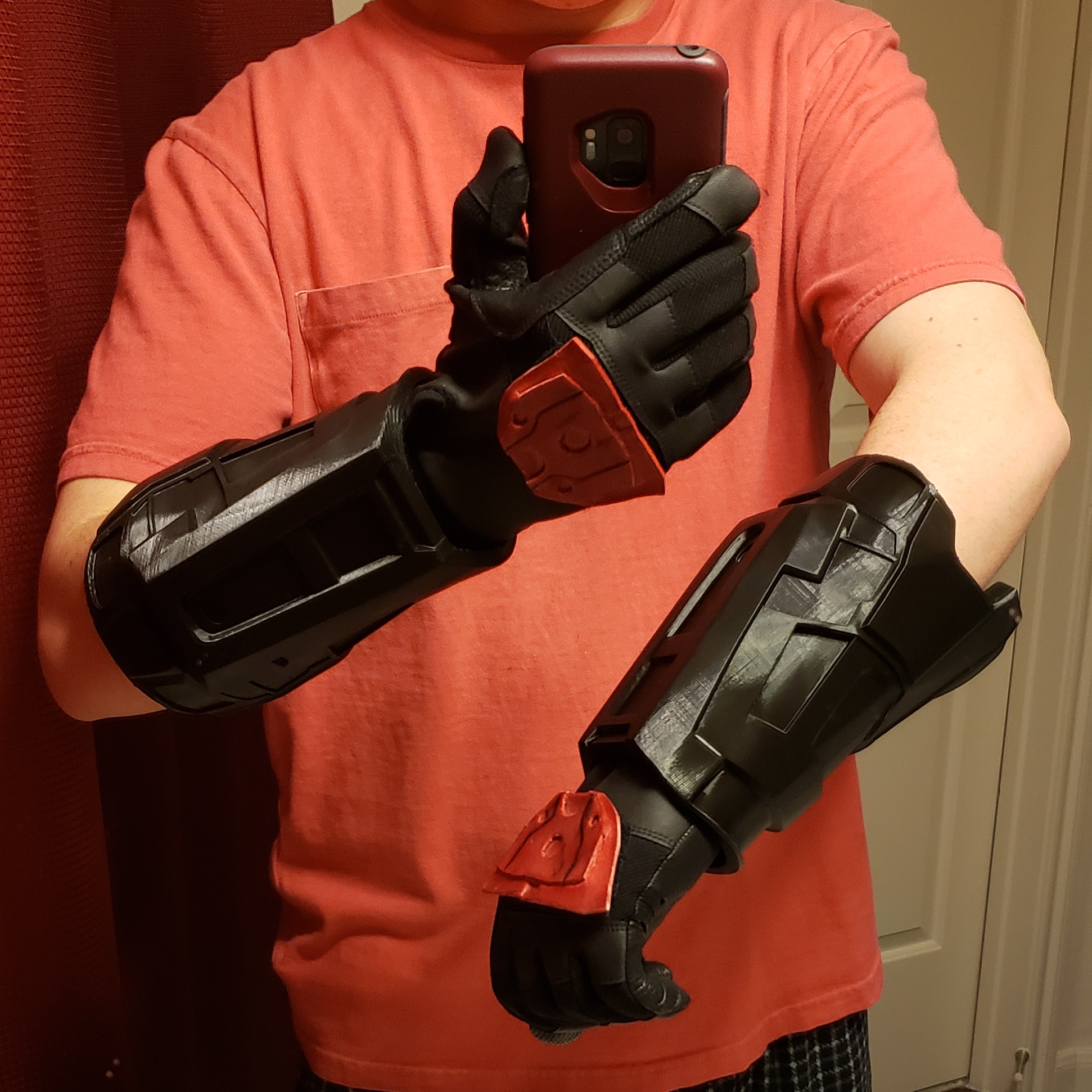 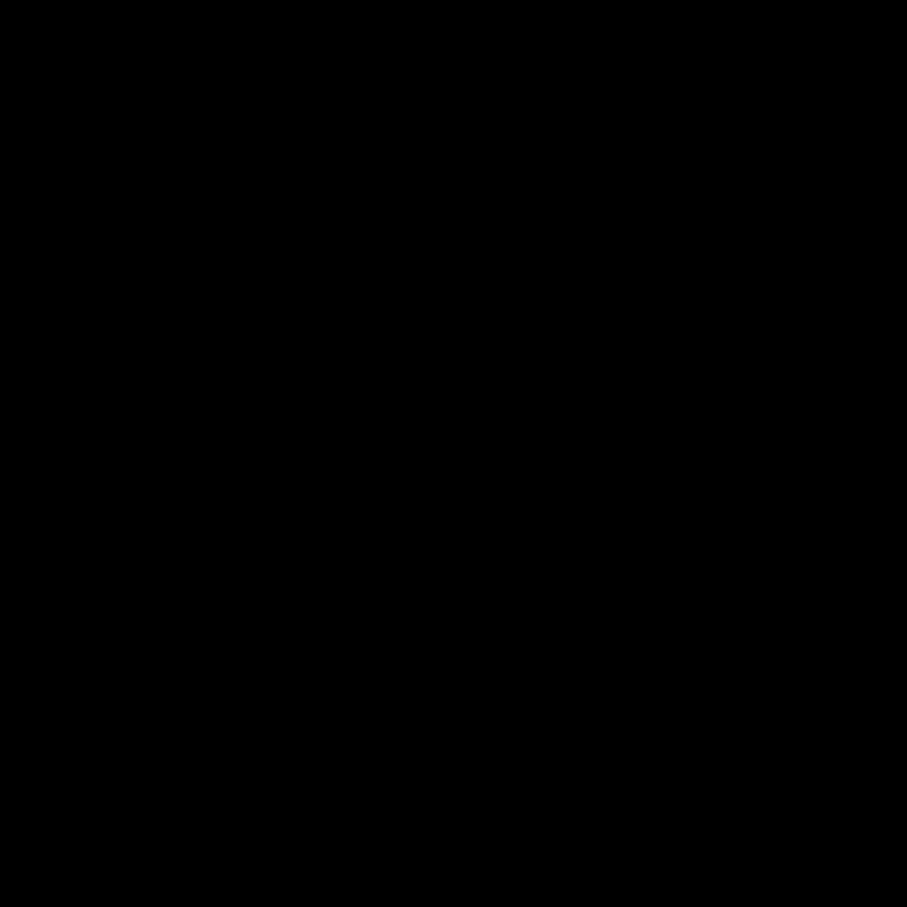 Also here's all of my armor so far. I might redo the helmet at some point but if I do that will be last so I can see how the current one looks with the rest of the armor. 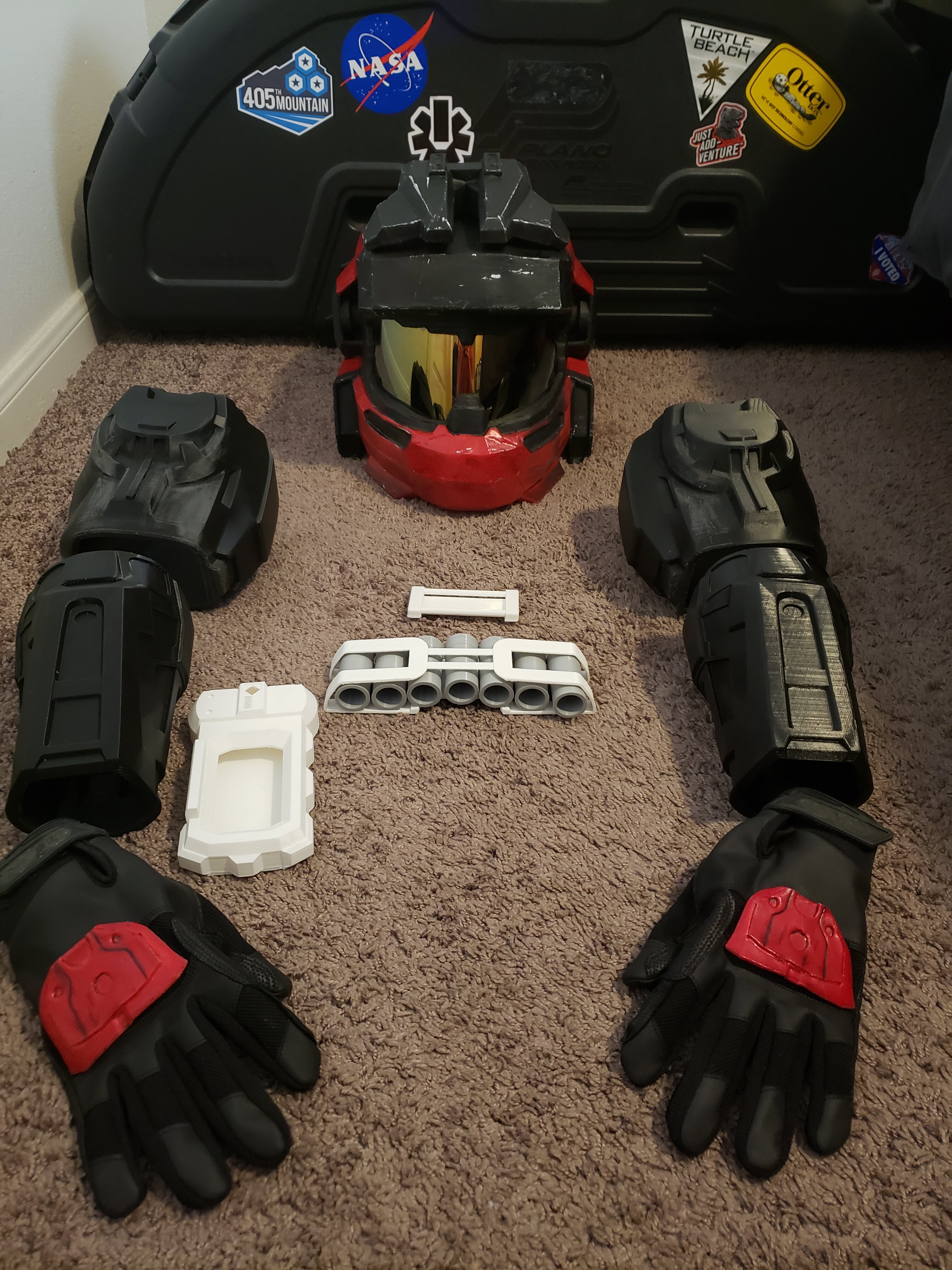 so much progress I’m amazed, the forearm and bicep pieces look especially great.
the helmet looks detailed too how long did it take you to build the helmet?
Last edited: Dec 16, 2020

European Regiment
seeing how you aced that tac pad in solidworks makes me want to improve my skills in 3D drawing. furthest i've gotten was importing stl files into inventor and then convert them to solids.

Mysticporo said:
so much progress I’m amazed, the forearm and bicep pieces look especially great.
the helmet looks detailed too how long did it take you to build the helmet?
Click to expand...

So the helmet I actually started almost exactly 5 years ago, and that took 2 years of on and off work on it. I put together the pepakura pieces while in an art class in high school so I only got 45 min a day. Then by the time I got to the painting step, I was leaving for college, so I got the painting, padding, fan, and visor done as I was coming back home for breaks.

Hein B107 said:
seeing how you aced that tac pad in solidworks makes me want to improve my skills in 3D drawing. furthest i've gotten was importing stl files into inventor and then convert them to solids.
Click to expand...

Go for it! All it takes is putting in the effort for practicing. I learned my solidworks training through my university but I know there's plenty of tutorials and lessons for various modeling software online.

tahu505 said:
Go for it! All it takes is putting in the effort for practicing. I learned my solidworks training through my university but I know there's plenty of tutorials and lessons for various modeling software online.
Click to expand...

its a ton of work, need to wrap my head around the workflow and need to bypass some errors but this is one hour of work.

started with a "tutorial". was just a sped recording of a dude making an iron man helmet. following those steps i ended up here:

thanks for the encouragement, was the final kick i needed to go for it